At some point or another, you may have heard of deer ticks, especially in connection to Lyme disease. While these creatures have definitely spent some time in the limelight, there’s still a lot that you may not know about them. Do they only affect deer, for example? And are they the sole ticks that can transmit Lyme disease? 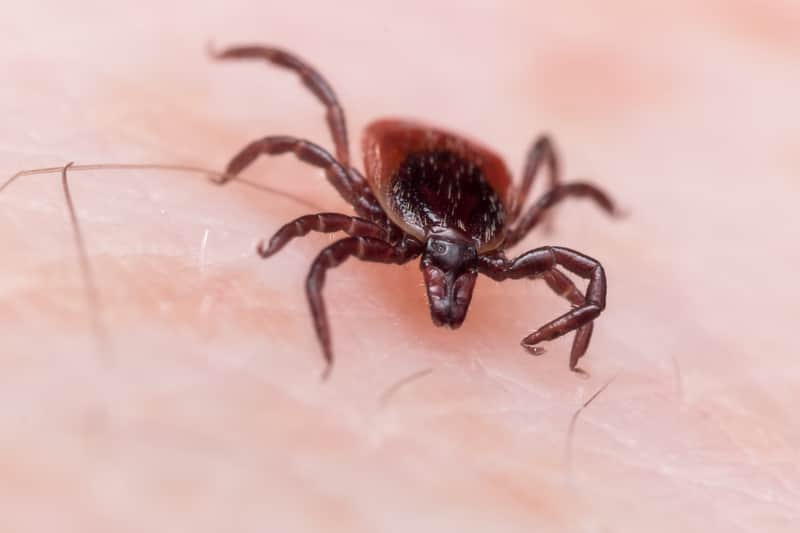 Learn about these infamous arachnids and then take a look at what you should do if you ever experience a deer tick bite.

What is a Deer Tick?

Deer ticks — also called “black-legged ticks”— are tiny arachnids that measure about one-eighth of an inch once they reach adulthood. Larvae, on the other hand are about the size of a pinhead. Their bodies are dark brown to black and they have dark legs, and, regardless of maturity, all deer ticks need a blood meal to grow.

The deer tick is primarily found in the eastern United States, particularly the Northeast. Their preferred habitats include wooded areas and fields. Over the years, this arachnid has gained a pretty bad reputation as it is well known for being a carrier of the bacteria that can cause Lyme disease in humans and their pets.

Are Deer Ticks the Only Species That Carry Lyme Disease?

Technically, ticks do not carry Lyme disease, but they can carry pathogens that cause Lyme disease. And deer ticks are not the only species that are capable of transmitting Lyme disease, though they are known to be the worst offenders.

In fact, studies have shown that up to 90 percent of deer ticks in northeastern states may be infected with Lyme disease. In addition, deer ticks can also transmit other diseases, including Anaplasmosis, Babesiosis and Ehrlichiosis.

What is Lyme Disease Anyway?

Lyme disease is the most prevalent tick-borne disease in the United States. It’s caused by a bacterium named Borrelia burgdorferi. According to some sources, each year there can be up to 30,000 new cases of Lyme disease diagnosed. And that number doesn’t factor in cases that are undiagnosed or misdiagnosed, meaning there may be a lot more people who are infected.

What Are the Symptoms of Tick Bites?

The Mayo Clinic notes that the majority of tick bites are painless. The symptoms include redness, swelling and a sore on the skin.

If you’re bitten by a tick, you’ll need to carefully remove it as soon as you can, grasping it by the head with tweezers and gently pulling in a slow and steady upward motion. Take care not to squeeze or twist the tick, and don’t handle it with bare hands.

If you can, seal the tick in a container and place it in the freezer. If you develop symptoms, this will help the doctor identify the tick that bit you. After you’ve removed the tick, wash your hands and the area where you were bitten with warm water, soap, rubbing alcohol or an iodine scrub.

Do keep in mind that there are several tick-borne diseases, so the Mayo Clinic does state you should call your doctor if:

And if you experience a severe headache, difficulty breathing, paralysis or heart palpitations, the Mayo Clinic recommends calling 911 or your local emergency number.

What Are the Symptoms of Lyme Disease? 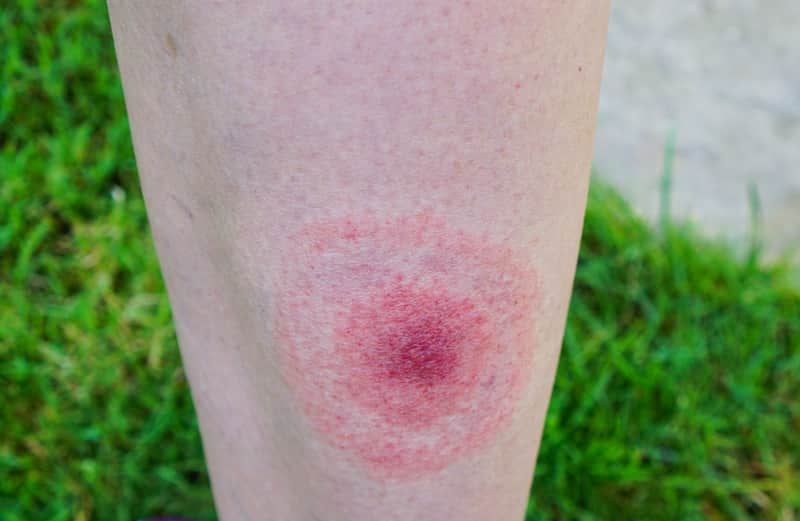 According to the Mayo Clinic, the early signs and symptoms of Lyme disease include the following:

The Mayo Clinic also states that when the disease is not treated quickly, new symptoms can crop up in the following weeks or months, including:

Left untreated, Lyme disease can cause the following:

Deer ticks are tiny creatures, but they can have a major impact on your health. Take preventative measures when spending time outdoors so that you can try to lessen your chances of ever having to deal with Lyme disease.