Bats are the only mammals that can truly fly. They make up one-fifth of the mammal population on Earth. There are over 1,000 species of bats around the world, making them one of the most prolific groups in Class Mammalia. They are also unique in how they navigate, using sound waves made by the bat (echolocation) instead of relying solely on sight. 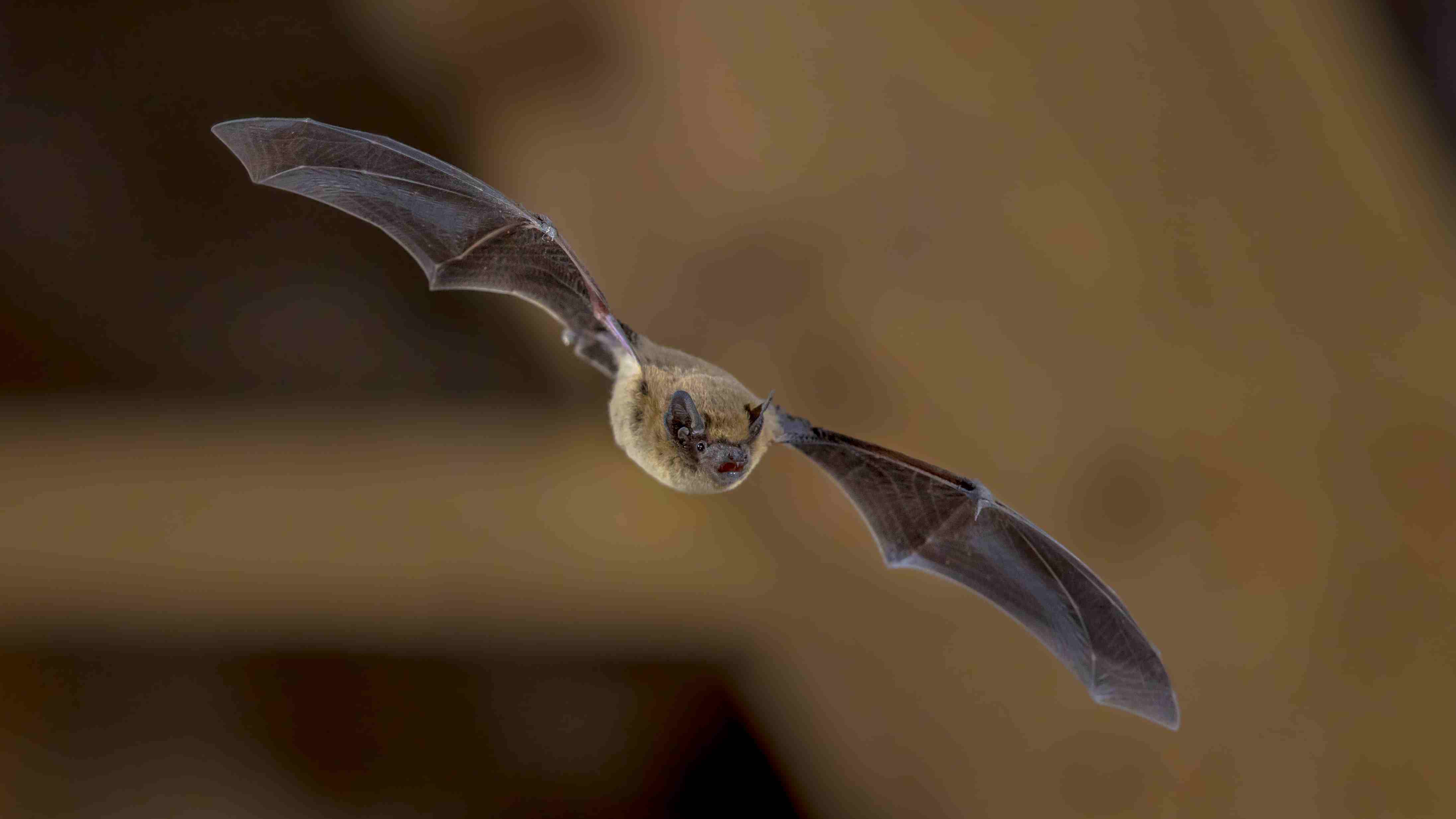 Most bats inhabiting the United States typically mate in the fall or winter before going into hibernation. The female then stores sperm until she ovulates. Fertilization usually occurs in the spring and the gestation period of a female bat ranges from 40 days to six months. In approximately May or June, female bats gather in large groups, or bat colonies, to give birth. Since bats are mammals, they do not lay eggs, but give birth to young.

Young bats are known as pups, and usually only one is born per litter. However, there are a few species of bats may have up to four pups in a litter. Female bats give birth to young while hanging upside down, then catch and place the young inside their pouches for safety. When the mother goes in search of food, the pup stays behind, clinging to a wall within the roost waiting for her return. Mothers return several times during the night to feed their young.

Bats are social animals and live in groups called colonies. Colonies may consist of 100 to several thousand bats. Bats roost in a variety of spaces, from trees and caves to mines and barns. Areas that provide shelter from predators and weather and an optimum environment to rear their young are ideal roosting habitats.

As the urbanization of bats’ natural habitats continue, bats may land on your property looking for a place to roost. Finding bats in an attic and/or chimney is becoming more common, especially during the winter months.

Bats belong outdoors where they can be beneficial to the environment, not inside your home. They may carry diseases such as rabies or parasites that can be transferred to your living spaces. The best way to prevent coming into contact with and avoid being bitten by bats is to avoid bats altogether by excluding them from your home. Plus, bats are protected in some states, and certain removal methods may be illegal. To deter bats from entering your home in the first place, try closing any openings that may provide an entry point.

If you’re looking for more information about exclusion or need help getting rid of bats that are hanging around your home, contact Terminix®. Our experienced wildlife technicians can help determine the quickest and safest route to removal.