What Do Brown Recluse Spiders Eat? 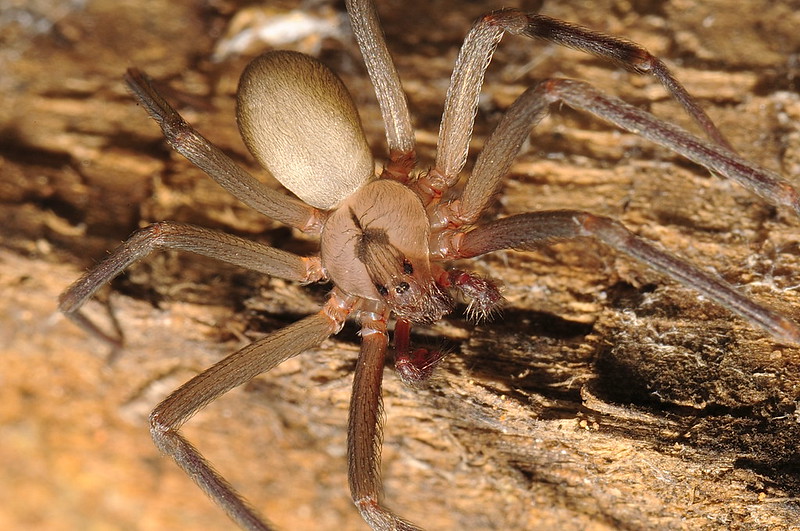 Brown recluse spiders are considered to be hunting spiders. That’s because unlik e other spiders that rely on their webs to catch prey, hunting spiders attack their prey without the use of webs. There are two methods of hunting, active and passive; active hunters will go after the ir prey while passive hunters will wait for prey to come close enough before they attack. Brown recluse spiders are mostly considered to be active hunters, and pursue their prey during the nighttime hours.

Some other hunting spiders include the sac spider, the fishing spider, and the wolf spider. In fact, the wolf spider is sometimes mistaken for the brown recluse but there is one easy tip to tell the two apart. Head to the next section to find out what it is.

How do you know if it’s a brown recluse spid er?

As mentioned before, the brown recluse spider is one of the most feared spiders found in the United States. However, it’s not found in every state. The brown recluse is primarily fou nd through the south central and Midwestern United States. And, even in those states it’s not very common to come across one. However, if you live within that region and come across a spider you think is a brown recluse, these are some common physical traits to be on the lookout for:

< li>Activity: Brown recluse spiders are nocturnal and will mostly hide out during daylight hours.

If you fear that you have a brown recluse spider population or you’re simpl y dealing with any unwanted spiders, don’t hesitate to contact Terminix. A Terminix pest professional will be able to help you manage a wide variety of spider infestations.