Insects and Arthropods: Characteristics and Facts

All insects are arthropods—but not all arthropods are insects. For example, many people might mistakenly refer to a mite as an insect. But in fact, mites belong to the arachnid class of arthropods. Keep reading to learn more about the arthropod phylum, the insect class, and their distinct characteristics. 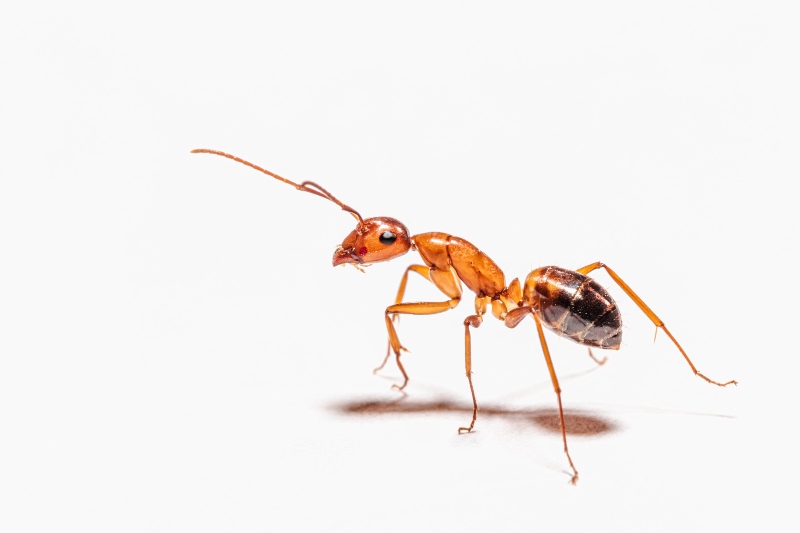 To understand the relationship between arthropods and insects, it’s important to know a little bit about the classifications within the animal kingdom. Biological classification, or taxonomy, goes all the way back to the time of Aristotle, one of the first people to classify organisms. Most people recognize the name Charles Darwin, the influential naturalist who pioneered studies of evolution and thus taxonomy, but not as many people tend to know the name Carolus Linnaeus. Linnaeus was very influential in the world of biological classification and is the reason that we use binomial nomenclature. That is, naming something with a two-part structure that indicates both its genus and species.

The very first group in taxonomy is the domain. All organisms in the Domain Eukaryote have membrane bound organelles, the presence of a double membrane nucleus and various types of reproduction strategies and other shared characteristics. That list describes literally thousands or organisms on the planet. As you go through each taxonomic category the shared characteristics provide information focusing on those groups of organisms that allow for comparison to other groups. It’s important to remember that each category includes the characteristics from the previous category. Read on to learn more about certain taxonomy levels. After phyla come classes, and so on, through three other categories before you reach the most specific classification—the species. Below is an example of how a species is categorized, using the honey bee as an example.

Apis mellifera is an example of binomial nomenclature, with Apis being the genus and mellifera being the species. And that is a simple overview of taxonomy within the animal kingdom. It’s worth noting that characteristics of each category are specific to the organisms. A combination of species evolution, identification of recently unknown or identified organisms and/or the use of new or evolving technologies such as DNA mapping keep the science of taxonomy a fluid, evolving, science. As a matter of fact, one of the more recent taxonomic changes that was debated by entomologists was the movement of the former Isoptera (termite) order in with Cockroach order. This decision was  based on DNA mapping and shared behavioral characteristics by some species.

The Arthropoda, or arthropod, phylum, is the largest phylum in the animal kingdom. Over 80% of all animals on the planet are found within the arthropod phylum. Its members range from insects, like ants and bees, to arachnids, like spiders, to crustaceans, like lobsters and crabs. Despite all of these animals’ differences, they all belong to the same phylum. Below are some universally shared arthropod characteristics that make them a distinct phylum:

While those are some characteristics distinct to all arthropods, there is much variety within the millions of species in the phylum. The size, for example, can vary greatly between classes and species. The largest arthropods live in the sea (think the lobster, or crab). Some arthropods, though not all, molt their exoskeletons in order to grow and develop. The arthropod phylum is currently divided into four classes: Chelicerata (spiders, scorpions, ticks, and mites), Crustacea (Shrimp, crabs, lobsters, and similar organisms), Myriapoda (centipedes and millipedes), and Hexapoda (insects).

The Hexapoda class, insects, is the largest class within the arthropod phylum. The class is also the most diverse group of animals within the animal kingdom. Like all other arthropods, insects are invertebrates with segmented bodies and exoskeletons made of chitin. At this point, you’re probably wondering what makes insects a distinct class. One of the most distinct traits that insects have is a body that is divided into three distinct parts: the head, the thorax, and the abdomen. This is different from the spider, which is part of the arachnid class. Spiders only have a body segmented into two parts.

Perhaps the most distinguishing feature of insects is that they have six legs. Arachnids, notably, have eight. But not all arthropods need to have six or eight legs. Just think of the millipede: Millipedes can have up to 750 legs! Flies, moths, butterflies, bees, wasps, beetles, mosquitoes—all are insects. And while it’s easy to think of all insects as pests, we already know that’s not true.