Bed Bugs: Answers To Their Origins and History

“Don't let the bed bugs bite." We've likely all heard the phrase before and probably didn't pay much attention to it when it was said. But there's a reason why this saying is so old and so well known: bed bugs have been around for a very long time. These pesky insects have recently seen a resurgence in population and now, it's more likely than ever that you or someone you know will eventually deal with some kind of bed bug infestation. Suddenly, that phrase takes on a whole new significance! 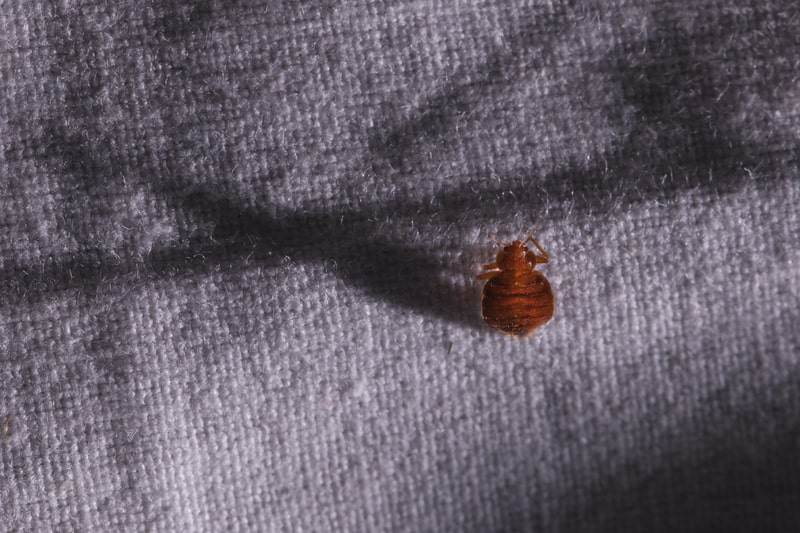 Before you can start looking into how to prevent bed bugs in the first place, it's best to understand what they are, where bed bugs come from and how they spread into your home. Here's what you need to know.

Where do bed bugs come from originally?

The bed bug first originated as a species of cimicidae, blood-sucking parasitic insects, over 100 million years ago. To put that into perspective, butterflies only date back about 50 million years — half the time of the bed bug. Bed bugs are believed to have inhabited caves and fed off of bats until humans started using the caves as shelter. Over time, these pesky pests evolved to feed primarily on humans over other mammals.

According to entomologist, Dr. Michael Potter in an article featured in American Entomologist, fossils of bed bugs date back about 3,500 years. In his "History of Bed Bug Management," Potter notes that the ancient Greeks recorded their own uses for the insects which, they believed, had medicinal purposes. Greek healers and caregivers would use mashed bed bugs to help with snakebites and fevers or burn them with sulfur to encourage leeches to let go of their human host.

Though the ancient Greeks found uses for these pests, it's hardly enough to rewrite the history of bed bugs in a positive light. These creatures have caused problems for thousands of years. Dr. Potter also mentions that, in Western cultures, people began to mention bed bugs from the 11th century onward, with the first mention in England coming in the late 1500s. Even back then, bed bugs were a noted nuisance, with people trying everything they could to get rid of them.

Bed bugs are thought to have made their way across the ocean and into North America by hitching rides with European explorers. This is why there are no indigenous words for bed bugs. But once they made it to North America, bed bugs didn't just survive – they thrived. They grew in number as the country developed. And, though their numbers waned for a short period of time, they're still a major nuisance today.

Bed bugs were once regarded as potential medical powerhouses and were used in countless remedies and cures for different ailments. The first known mention of bed bugs occurred in 400 BCE and they continued to be touted as both a pest and medicinal ingredient until well into the 18th century.

Though their uses varied, so too did their habitat. Bed bugs were recorded in Germany as early as the 11th century and in France in the 13th. As trade grew between different territories and countries, bed bugs spread with ease. And now, they're found in every country in the world.

Despite the bed bug's origin happening in caves in the Mediterranean, these pests are now found in just about every country and nearly every climate. However, they tend to thrive more in developed countries like the United States, Mexico and most of Europe. Why? Because they love spending time in and around beds. And the cushier, the better!

True to their name, bed bugs love the plush mattresses and upholstered furniture commonly found in homes throughout developed countries like the United States. The cushioning of modern mattresses creates the perfect habitat for bed bugs to nest in and makes feeding from those sleeping on the mattress even easier. It's why they're such a large problem in many Western nations.

In the 1940s and 1950s, with the introduction of new cleaning technology, improved hygiene, DDT and other new pesticides, bed bugs almost became a pest of the past. Many believe that the emergence of appliances like vacuums played a part in making it easy to keep homes cleaner, thereby reducing the risk of bed bugs making their way into homes.

Additionally, newer, modern furniture gave bed bugs fewer places to hide than they had in the past. It wasn't until recently, even the last two decades or so, that bed bugs have seen a resurgence. There are a couple supposed reasons for this, including:

Bed bugs today can be found all across the United States, exhibiting many of the same tendencies they've shown for thousands of years: hiding in cracks and crevices on beds (or other furniture) and feeding on humans. While bed bugs don't spread harmful diseases like ticks are known to do, they can still cause itchy bites, rashes and mild allergic reactions.

Take a look around your home and inspect the seams of your mattress, the lining of your suitcases and the folds of curtains in your bedroom. If you notice any brown stains, shed bed bug exoskeletons or notice living bed bugs crawling around your furniture, you likely have a bed bug problem in your home. And if you notice red, raised welts or rashes anywhere on your skin, the sooner you schedule a professional exterminator to perform a bed bug treatment, the better off you'll be.

If you find yourself dealing with an infestation of bed bugs, contact Terminix® today. Terminix offers best-in-class services to help you get rid of bed bugs, whether you have a large infestation or the early signs of an invading bed bug. A Terminix pest professional will inspect the area to examine the extent of the infestation and then offer solutions such as removing visible bugs and applying treatment to kill any unseen bugs or eggs.

Looking for something else?
Get help finding the right solution