Common Bugs That Are Mistaken for Bed Bugs

Bed bugs have spread swiftly over the past few years. The pervasive nature of bed bugs, plus their small size and the common difficulty of properly identifying them, means they're easy to confuse with other common bugs and household pests. 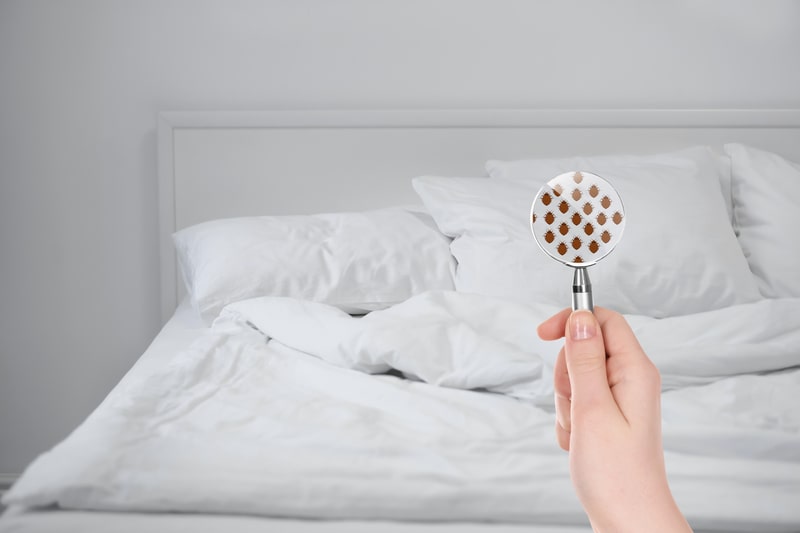 Today, these hard-to-eradicate pests are found in all 50 states, with a 2019 survey revealing that 1 in 5 Americans has encountered a bed bug infestation in their lifetime.

Discovering any bug in your house is an unpleasant experience. Discovering an insect has been tucked into bed with you all night? That's enough to send a chill down your spine. It could be a one-time incident – or it could be a bed bug.

There are a number of other bugs that look like bed bugs, so how can you be sure this new intruder is a bed bug? Read on to find out what you need to know when comparing bed bugs to a range of other common household bugs.

First, the bad news: Bat bugs are a direct relative of bed bugs, and have a similar appearance. This includes the telltale broad head and oval body, as well as similar coloring. Colorado State University reports that prior to the surge in bed bug populations, bat bugs were far more prevalent in homes than bed bugs.

Now the good news: Just like their bed bug relatives, bat bugs feed on blood. However, unlike bed bugs, bat bugs prefer to feed on bats and should only bite humans in the rare instance that there are no bats around. And even though they are capable of biting you and your family if the bats in your attic or your yard move away, the problem can sometimes resolve itself.

Learn more about bat bugs on the Terminix® blog.

Don't let their name scare you. Book lice, sometimes referred to as psocids, are not actual lice. Rather, they're non-parasitic insects that feed on mildew and mold. While they can be a nuisance, especially if they show up in food you're storing, the common book louse is harmless and killing them typically requires nothing more than reducing the humidity in your home.

Due to their small size, the book louse may sometimes be confused with bed bugs, especially if the book louse is brown. However, many booklice are white or grey.

Learn more about psocids on the Terminix blog.

Immature stages of the carpet beetle may have a similar color to bed bugs. Unlike bed bugs, carpet beetles won't bite you or your family. As their name implies, these pests feed on carpet, textiles, upholstery and other natural fabrics.

A single female carpet beetle can lay a hundred eggs at a time, causing widespread damage to furniture, clothing, window coverings, and more. While carpet beetles may be harmless to humans, they can prove costly and difficult to control if not treated immediately.

Learn more about carpet beetles on the Terminix blog.

If you have a pet dog or cat, your odds of finding fleas in your home skyrocket. There are more than 2,000 species of these flightless pests, and they all feed on blood from their hosts. It's not uncommon for an animal companion to bring fleas into the home — possibly picked up as your pet walks through your yard — and the fleas may then begin to bite and feed on you and the other human occupants in your house.

Treatment should always begin with your pet, with your veterinarian offering a range of medicated shampoos and pet-safe drugs to kill off any fleas on your animals. Once your pets are treated, household treatment includes sanitation and vacuuming. Treatment of both your pets and house are highly recommended.

Learn more about fleas on the Terminix blog.

There are three types of spider beetles you are likely encounter in your home:

All three types are typically found in dark areas of your house that are rich in organic debris, such as attics and pantries. They don't bite humans, but tend to feed on dead insects, dried fruit and stored grains or cereals. It is the spider beetle's tiny larvae (which usually have light-brown heads) which many people confuse with bed bugs.

Learn more about spider beetles on the Terminix blog.

Similar to bat bugs, swallow bugs are also direct relatives of bed bugs and have nearly identical appearances to both bat bugs and bed bugs. To the untrained eye, swallow bugs appear identical to bed bugs, although some subtle differences can be seen under a microscope.

As this pest's name suggests, the swallow bugs typically take the swallow bird species as a host and feed off of them for survival. However, swallow bugs can feed on you and your family if swallows (the bird) take up residence in or near your home, with infestations being most prominent in the spring and the fall when swallow migration patterns are at their busiest.

Learn more about swallow bugs on the Terminix blog.

There are more than a dozen tick species commonly encountered in North America, but two of the most common varieties are the blacklegged tick, which many people erroneously refer to as the deer tick, and the American dog tick/wood tick.

Due to differences in size, gender, age, and whether or not the tick has been feeding, identifying ticks can be challenging. Young ticks, or ticks that haven't fed recently, often appear as small brown or red dots, which is why they're easily mistaken for bed bugs.

Because ticks can carry pathogens that may cause very serious diseases and transmit those diseases to you when they bite you, it's important to wear protective clothing and use tick repellents whenever you're in tall grasses or hiking through low-lying vegetation. Perform a tick check after being outdoors in known tick habitats. Any ticks you find on your body should also be carefully removed and saved for expert identification.

Learn more about ticks on the Terminix blog.

What caused that bite?

Bite marks are one of the first red flags that prompt people to suspect a bug infestation. Even a small mosquito bite might be enough to send a diligent homeowner on a massive inquisition. But bite marks are bad indicators of the type of pest you are dealing with. Mosquitoes, spiders, fleas, and bed bugs, can leave behind itchy red bumps. Allergic reactions and high stress levels are also culprits for skin irritation, though not all individuals will react the same to an insect bite. As a result, it can be difficult to identify what a bite is from simply from a basic observation.

What if I've got a bite and a bug

So you think you've found your culprit? You've taken the prisoner of war and locked him up in a plastic sandwich bag (you should, this is useful evidence for a pest management professional). You are certain it is a bed bug, but is it? Or are you on a trail of bugs that look like bed bugs? Take a look at the following checkpoints:

What color is it?

What size is it?

Ticks: Approximately 1/16 to 1/4 inch, depending on its life stage and if it has fed recently

What shape is it?

Bat bug: same as a bed bug, but with longer hairs on its body

Spider beetle: spider-like in shape but unlike spiders, have 6 legs

Does it have wings?

Bed bug: wingless in all stages

Flea: no, but it has the ability to jump

Bat bug: yes, but rarely does it feed on humans

Black carpet beetle: no, but hair on body can cause allergic reaction and welts

Swallow bug: yes, but rarely does it feed on humans

What is its food source?

All of the above are bugs that can look like bed bugs, but most of these bugs don't bite. If you have clear evidence of repeated bite marks, you might be able to eliminate the others and focus on the flea. Fleas are most commonly found on animals, but are not picky about their hosts and will feed on humans, too. The difference between bed bugs and fleas is that bed bugs are shaped more like an apple seed and they crawl. Fleas are much smaller and jump when disturbed.

Bed bugs can create high levels of stress and anxiety. If you suspect you have an infestation, it is best to contact a professional pest management company.

When to call a pest control professional?

At Terminix, we can provide on-site bed bug pest inspections and put together a bed bug treatment plan tailored to the severity of your problem, the layout of your home and your personal lifestyle needs and preferences. If our professionals discover that you're not dealing with a bed bug problem, depending on the type of infestation you are dealing with, we may be able to put together a treatment plan aimed at the specific pest species you're struggling with.