How to Tell If You Have Bed Bugs or Fleas

While bed bug and flea bites may look similar, there are ways to tell them apart. Discover how to spot the difference and tell if it’s a bed bug or fleas 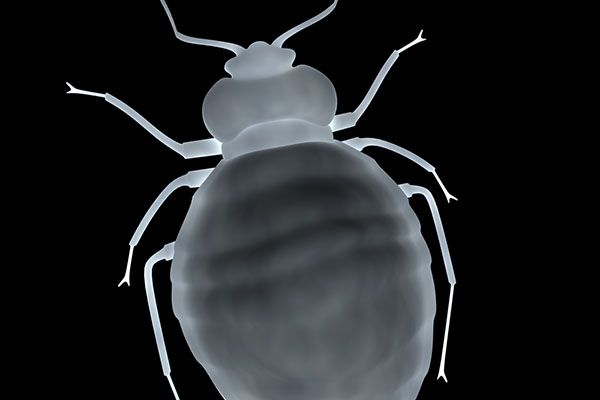 Regardless of whether you're dealing with bed bugs or fleas, you want them gone from your home. Now. But before you drive yourself crazy scratching, it's important to know which of the two nearly invisible arthropods you're dealing with. Treatments are necessary in both cases. However, depending on whether you have bed bugs or fleas, the most effective treatment will differ.

What is the difference between bed bugs and fleas?

To this end, cats, dogs and other animals (including outdoor wildlife) are generally associated with bringing fleas into the home, as opposed to bed bugs, which are generally brought in by people.

While fleas can live several months without a host in the pupa stage, adult fleas can only live about two weeks. Adult bed bugs can survive up to a year between feedings.

Bed bugs do not fly or jump. They have to crawl across your bed to feed. Fleas can jump almost 200 times their body length: 13 inches. This helps them transfer between hosts and "hitch rides" to travel to new sources of food (i.e., you and your family).

While bed bugs have not been discovered to pass on human pathogens, fleas have the ability to spread diseases such as typhus, plague and cat-scratch fever.

How can you tell bed bugs and fleas apart?

If you've captured one of these little assailants, immobilize the pest with a piece of clear tape. This will ensure it doesn't escape to bite again while also allowing you to examine the bug before showing it to your professional pest control experts. Here's how to tell if you've caught bed bugs or fleas:

What bit me - bed bugs or fleas?

If you're scratching at red marks on your body, you likely already have a bed bug infestation. If you have children and pets, check for signs of bites on them as well. Here are a few things that will help you figure out whether you have fleas or bed bugs, although it is important to remember that bite marks depend on the person and can be very situational:

Whether you have bed bugs or fleas, there's only one true solution: kill them now. Call Terminix® at the first sign of intrusion; even one bloodthirsty biter can take over your family's home.


Or learn more about bed bugs