How Much Can An Ant Lift?

Ants are known for being small but mighty. Just watch them at work, and you'll see why: They carry seemingly massive loads for their size, sometimes crumbs or leaves that are much larger than themselves. Learn how much an ant can lift and why they need to be so strong. 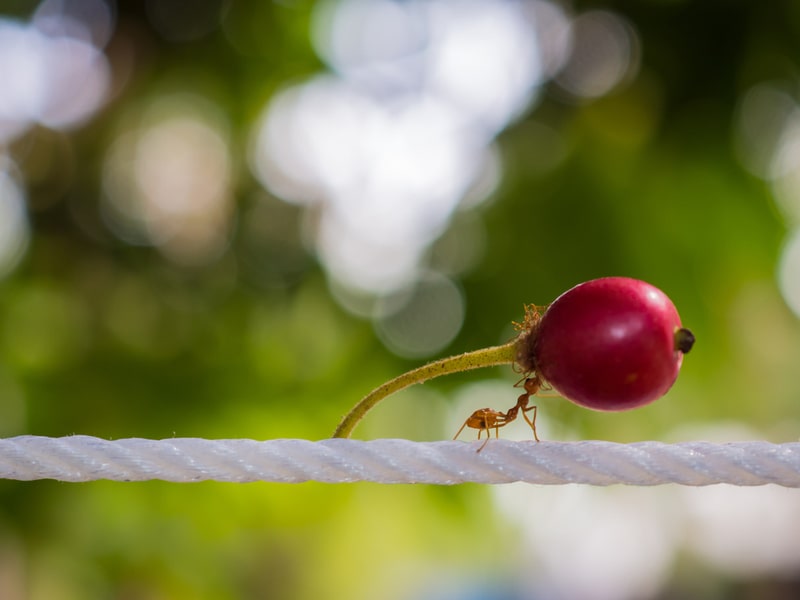 How strong is the ant?

You've seen lines of ants ferrying large loads, but how much can an ant lift? Well, some ants can carry up 10–50 times their weight. If that doesn't sound very impressive to you, consider that a 2-milligram ant carrying 10 times its own weight is about the equivalent of a 180-pound human carrying a full-grown cow.

Related: What is the Strongest Insect?

The reason ants can carry so much is due to the ratio between their body size and body mass. Ants are actually mostly muscle, which allows them to carry more weight.

Why do ants need to be so strong?

Ants live in complex social colonies, where it's crucial to survival to have many members who each have a very specialized role. For example, the queen is the founder and leader of the colony. Her main role is to lay eggs to ensure the colony's population stays strong. The eggs are fertilized by male drones, and their sole function is to mate with the queen. Then you have alates, which are winged ants. These insects are male and female, and their role is to fly off, mate and start new colonies. This is called a "nuptial flight."

Related: The Difference Between Flying Ants and Termites

But the strong ants that you most often see hustling outside the colony or interrupting picnics are worker ants. These ants are all female, and they have different roles throughout the colony. Some dig tunnels to expand and maintain the nest, some care for the queen's offspring and others search for food, which they then carry back to the colony.

And in addition to having super strength, ants are also highly efficient. A study from the journal “Science" suggests that at any given time, only a very small percentage of worker ants are actually performing tasks.

While ants are fun to learn about, you might find them much less interesting if they've invaded your home. Don't wait for the ants to come marching in massive numbers — contact Terminix® to leave ant control to trained professionals.