Ants are one of the most common household pests. It's likely you'll encounter them in your home at some point, but they can be difficult to get rid of. 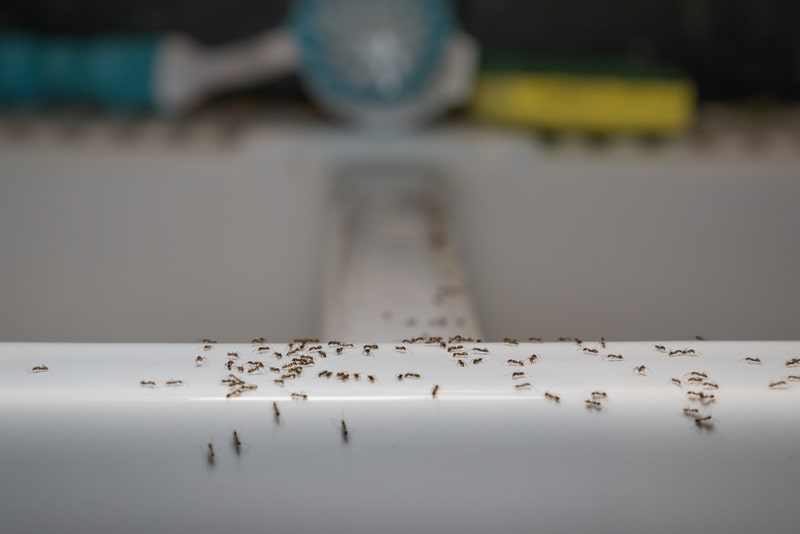 Several websites and do-it-yourself blogs recommend home remedies for pest issues, including ant infestations. One solution, in particular, that's commonly provided is borax for ants. But does this actually work? Find out what borax is and learn if it's an effective fix for your ant problem.

Borax is a naturally occurring mineral that's been used since ancient times. It was first found in Kashmir and Tibet, and today, much of it comes from various locations in Southern California.

Borax has a variety of uses. It's found in glazes for glass and pottery, as well as materials used in the welding industry. It's also an ingredient in several common household items, including cosmetics, toothpaste, soaps, disinfectants and mouthwash. Many people also use it as a substitute for laundry detergents.

How Do You Use Borax to Remove Ants?

In order to understand how borax eliminates ants, it's important to familiarize yourself with ants and their social structure. Ants live in colonies, and each colony has different castes, or roles, of ants. There's the ant queen, who lays eggs, as well as reproductives and workers. Worker ants are the ones who leave the colony to search for food, and they're the ones you're most likely to see in your home.

Borax is toxic to ants. When they ingest it, it disrupts their digestive systems, eventually causing death. However, they don't die immediately — the borax acts slowly enough to allow the worker ants to carry it back to the colony, where other ants ingest it and die.

Ants don't eat borax on its own, though. So in order to use the mineral to eliminate an infestation, it needs to be mixed with something they like, such as sugar and water.

And how you mix the borax is even more important. If you mix it incorrectly, it won't kill the ants because they likely won't eat it in the first place.

You also may not use the right amount of the treatment. It's important to be able to identify the size of the infestation so you know how much treatment to use to kill the ant colony.

Lastly, placement is very important. You want to ensure that ants can get to it, but that your pets can't.

Should You Use Borax to Remove Ants?

At first glance, it seems like borax is an ideal solution for removing ant infestations. And while it's true that it can kill ants, it's not necessarily your best bet. There are a few things you should consider before mixing up your own batch of borax-based ant bait.

Next is time. Because borax is slow-acting, it's not an immediate treatment. You'll have to be patient if you're planning to use it. And a colony won't be completely eliminated unless the queen is killed. So you have to assume that the borax will make its way into the colony, then you'll have to wait for it to take effect.

There May Be Multiple Colonies

It's also important to remember that many species, like carpenter ants, will establish satellite colonies, and these are likely the colonies that ants inside your home are coming from. So while you may be able to use borax to treat a satellite colony, you may not actually resolve your pest problem because the ants likely aren't carrying the borax to the main colony, which may be yards away outside. A trained professional, however, will be able to look for and treat these satellite colonies, as well as the main colony, offering a more reliable solution.

Leave it to the Professionals

The bottom line is, when it comes to ant control, your best option is to call the professionals. Pest control specialists are trained to identify different ant species and treat them as efficiently and effectively as possible. Terminix® offers plans to keep these and other common pests out of your home. Get your quote today.