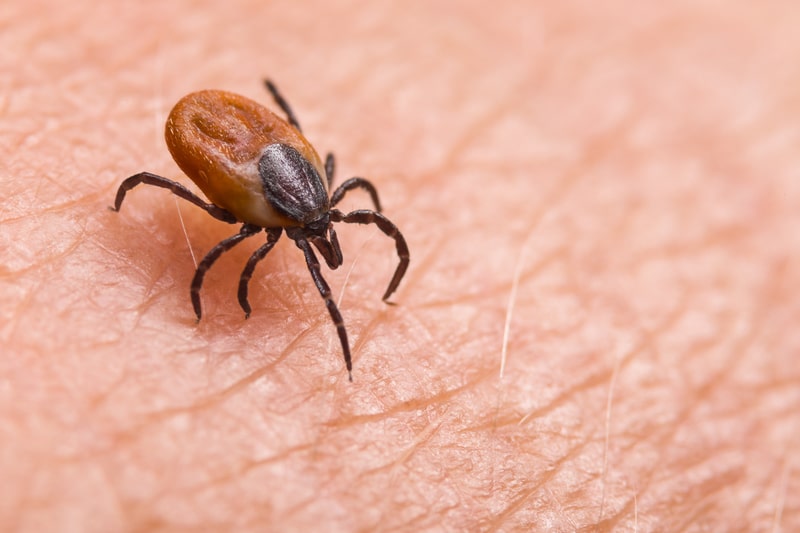 Understanding basic information on ticks might keep you from certain itchy predicaments. But sometimes you just want to know more. From quick facts about ticks that you might already know to tick facts that you’ve never heard of before, this article should satisfy your itch for tick knowledge.

NOT ALL TICKS ARE HARD-HEADED
Ticks belong to one of two major categories: hard-shelled and soft-shelled. Soft-shell ticks belong to the family of Argasidae. These types of ticks feed in short periods that typically last less than an hour. Hard-shell ticks belong to the family of Ixodidae, and they feed for longer periods of time, remaining on a host for a few days to over a week. Understanding this difference can help identify which type of tick might have bitten you, an important step in disease prevention and treatment.

TICKS DON’T JUMP, THEY QUEST
Unlike fleas, ticks are no circus performers when it comes to finding a host. They do not rely on jumping or flying to assail upon their hosts. Instead, they “quest.” When a tick quests, it plants its last two pairs of legs on the surface and raises its first pair of legs in the air, ready and waiting to attach to a host.

Ticks have the ability to detect breath, body odor, heat, moisture and vibrations. They use these senses to detect an ideal location to begin questing, but they do not use them to actively pursue a host. Instead, they wait for hosts to come into their path and then gently climb aboard. This tick fact may clarify for some the common confusion between how ticks and fleas find their prey.

SOME TICKS RELEASE A NEUROTOXIN IN THEIR SALIVA THAT CAUSES PARALYSIS
Ticks produce certain lipid and proteins in their saliva in order to encourage the blood flow of a host while making the bite less painful. However, in some species, primarily egg-carrying females, this saliva also functions as a neurotoxin that can cause paralysis in animals and humans. Tick paralysis is typically only induced by hard-shell ticks during the later days of a feeding session.

AN ANTIFREEZE PROTEIN IN TICKS MIGHT PREVENT FROSTBITE IN HUMANS
In a recent experiment on frostbite protection, researchers attempted to take a protein from ticks that is also found in other plants, arthropods, fish and amphibians to avoid freezing in cold temperatures and injected it into mice and mice cells. This protein is not found in mammals. The goal of the research was to discover if the injected protein could prevent injury to mammals under freezing temperatures. The results showed that the protein inhibited the growth of ice crystals, which are responsible for causing tissue damage, and prevented frostbite in at least 60 percent of the mice.

Facts about ticks continue to multiply as their populations continue to increase. Staying up-to-date on tick information may help shield you from an infestation, but taking the right tick prevention precautions when going outdoors will keep you much safer. Call Terminix® today to find out what you can do about ticks in and around your home.


Or learn more about ticks