Scroll down to learn about moths, what they look like, where they come from, control tips, and more

Have you ever stood on your porch at night and watched a butterfly-like creature fluttering around? What you're seeing most likely isn't a butterfly - it's probably a related species called a moth. Although not as striking as their butterfly cousins, moths are quite interesting.

In this article, we'll cover a variety of information about moths, their life cycle, and their habits, and answer some of the most common questions about moths, including:

Moths are a type of winged insect that can be found throughout the world. The average size of most moths is a little over an inch in wingspan. However, some species of moths – such as the pygmy moth – have a wingspan as small as 3/32 of an inch, while others, like the giant Atlas moth, can have a wingspan as big as 12 inches.

Moths come in a variety of shapes, sizes, and colors. While most moths are nocturnal, there are a few thousand species that flutter around in the daylight. Although they share many attributes with butterflies, moths have some distinct characteristics all their own. 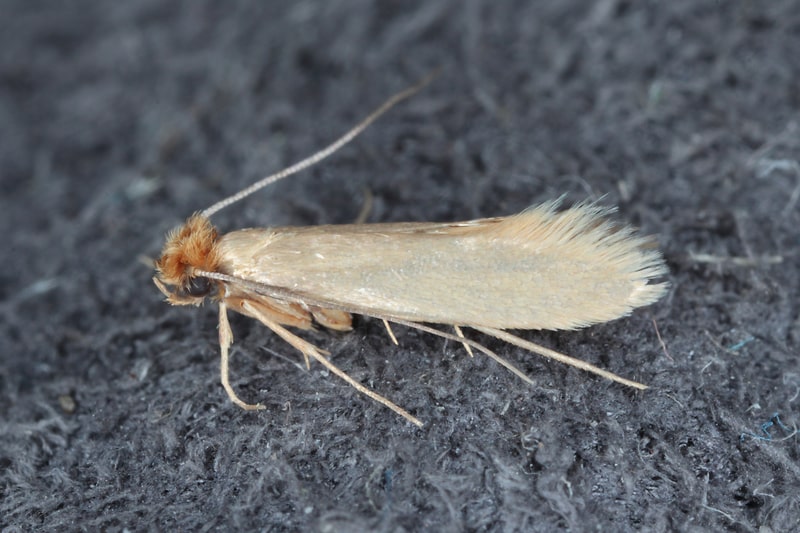 If you've ever had a moth land on your skin or touched its delicate wings, you may feel a powder-like substance. This “powder" is actually tiny scales comprised of modified hairs on a moth's wings. Moths, and other members of the Lepidoptera order, have tiny scales all over their wings and bodies.

When compared to butterflies, moths are much fuzzier in appearance. Their bodies are thicker than that of a butterfly. A moth's body has three sections: a head (which includes its proboscis, used for feeding), thorax, and abdomen. 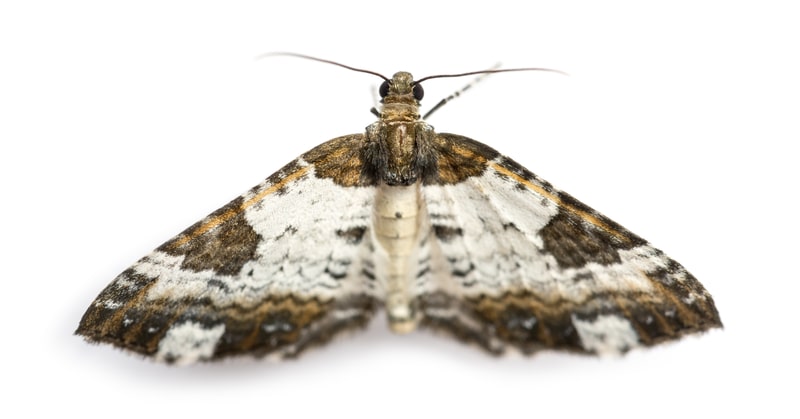 Another key attribute of a moth's anatomy is its antennae. A moth's antennae have a feathery appearance. By contrast, butterfly antennae are smooth and topped with a little ball.

Another way to tell the difference between a moth and a butterfly is how they hold their wings when at rest. A butterfly's wings will point upwards over its back when it's not in-flight. However, a moth will either fold its wings around its body or extend them out to its sides.

Moths also come in a wide range of colors. Although some, like the common brown house moth, aren't very flashy, there are a number of colorful moths. For instance, the rosy maple moth has a bright bubblegum pink body and wings with yellow markings. 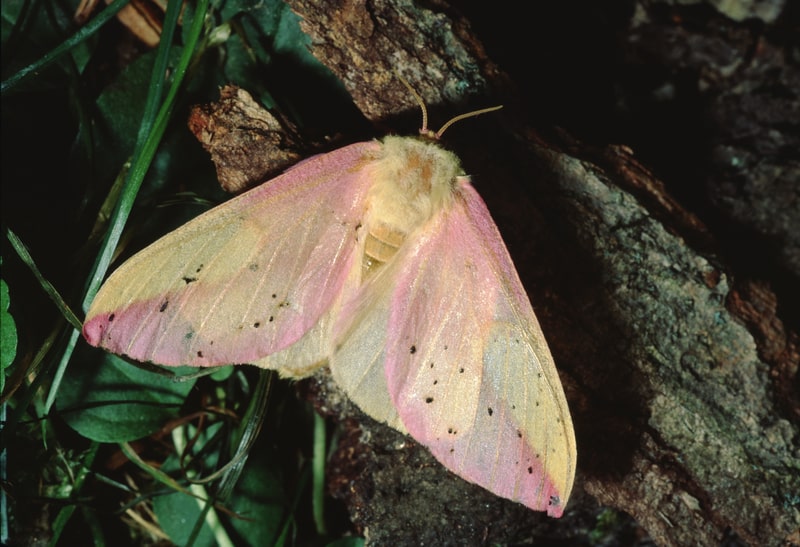 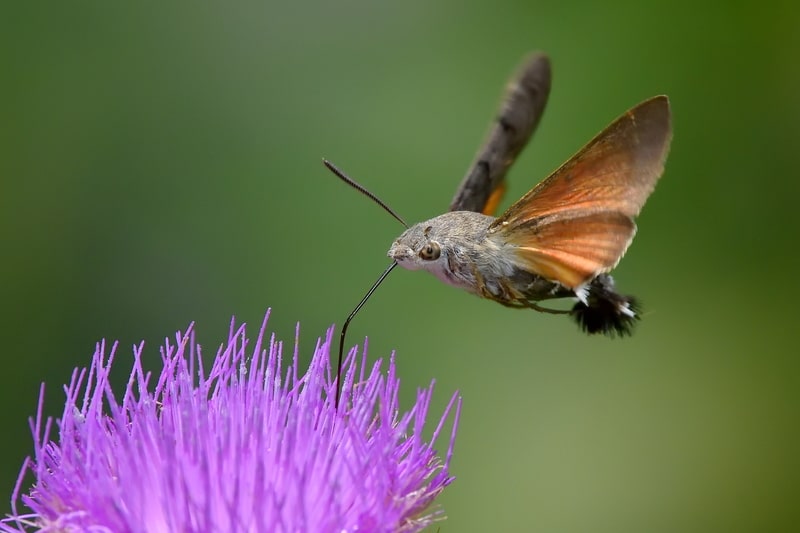 Another colorful moth is the luna moth, which has a white body and brilliant green wings that have long tails. 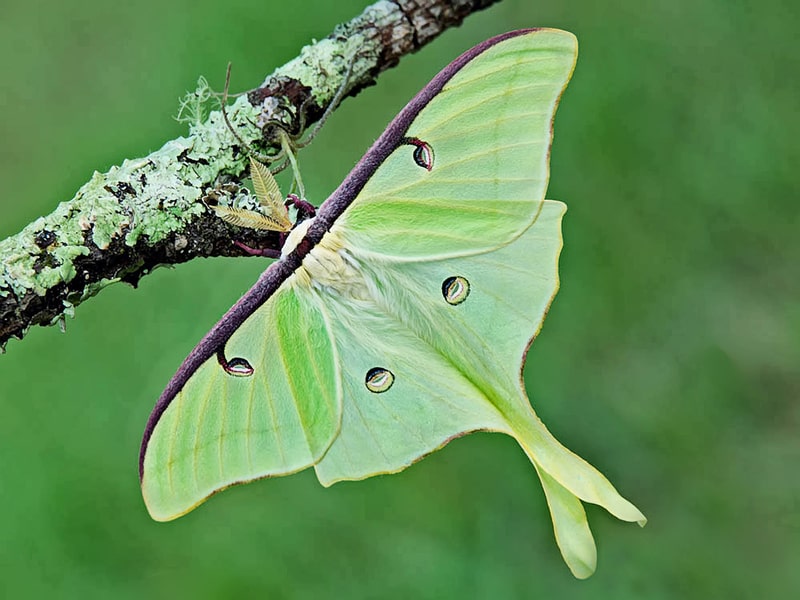 In order to fully understand and control moths in your home it's important to learn about their life cycle. These fascinating creatures go through an amazing transformation to become adults. While the process may vary between species of moth, it generally looks something like this: 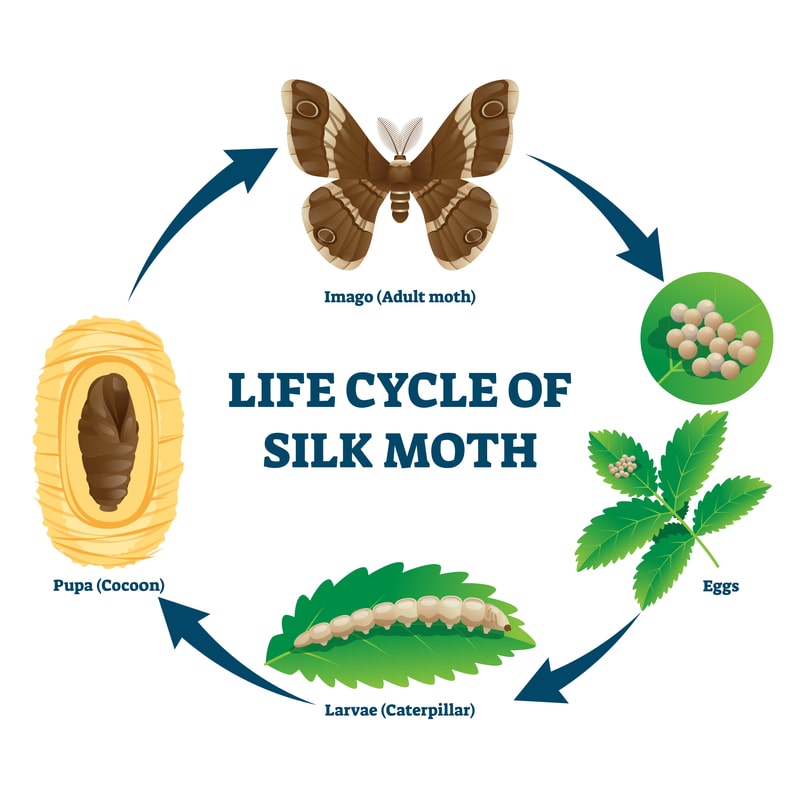 After mating, a female moth will lay her fertilized eggs in a safe place. Often, this is in an area with plenty of plant life that can provide a food source for the young when they hatch. A female moth dies roughly a week after laying her eggs, so it's critical that newly-hatched larval moths have a food source nearby.

It takes anywhere from 4 to 10 days for the eggs to gestate. Under optimal conditions, most moth eggs hatch in about 10 days. The number of eggs a moth lays varies according to species. Some, such as the clothes moth, will lay roughly 40 eggs, while the gypsy moth may lay up to 1,000 eggs at a time.

When the moth eggs hatch, this begins the larval stage life. Commonly referred to as caterpillars, moth larvae are voracious eaters and they devour the egg casing immediately upon hatching. During this stage, the larvae will shed its cuticle (shell or skin) several times as it grows and prepares for the next stage.

During this stage, the moth larva spins a casing made of silk around itself. This cocoon will be the moth's home for the next 5 to 22 days as it goes through a process called histogenesis. The moth's cells are broken down and regroup during this period as it undergoes metamorphosis.

This is a short-lived stage of life, lasting mere weeks for some species and a few months for others. Once a moth reaches its adult stage, the main objective is to feed and mate so they can carry on the species.

What do moths eat?

A moth's diet depends upon which life cycle stage the moth is in. Larvae and adult moths depend upon different food sources to fuel their growth.

What do moths eat at the larval stage?

In the caterpillar stage, many moths eat plants and leaves, although some moth larvae, such as the clothes moth, eat fabric fibers. Other moths, like the Indian meal moth and Mediterranean flour moth, feed off of common household dry goods. Some of the most common food sources for moth larvae include:

What do moths eat at the pupa stage?

During the pupa stage, moth larvae don't eat. Instead, they rely on the food that they consumed before spinning the cocoon for energy.

What do moths eat at the adult stage?

The final winged version of most moth species survive on a liquid diet which they suck up using their long proboscis. Some favorite moth foods include:

No, adult moths do not bite. Moths are mostly harmless, fluttering insects. Because a moth's mouth parts are so small, it is not physically possible for it to bite a human, with few exceptions, including the “vampire moth." The most that will happen is the moth will leave behind a little dust as it flies away.

While adult moths don't bite, larval moths in their caterpillar stage do have tiny teeth and mouths that they use for munching on plant matter – or clothing.

A few different species of moth caterpillars can sting. For instance, the buck moth caterpillar can impart a painful sting that can cause a rash, as well as severe itching and swelling.

Where do moths come from?

Moths live everywhere on the planet except Antarctica. While a great number of moths make their home outdoors, some moths can get inside your home where they can wreak havoc. Be aware that they'll fly in through an open door or window, hitch a ride, or crawl inside. They're attracted to light, so your porch light acts as a beacon to moths, as well.

Common types of moths in the U.S.

Although there are thousands of moth species in the world, you're most likely to run into a few species including, but not limited to:

What seasons do moths come out?

Many species of moths are most active during the warmer months of the year. In fact, most moths lay their eggs in the late fall after the summer warmth fades. The eggs incubate through winter and hatch in spring to begin a new cycle of life.

Are moths harmful to my health?

If you have a moth problem, you may be worried about health issues stemming from an infestation. For the most part, moths are generally not harmful to humans, although the presence of adult moths and their hungry caterpillar larvae can be a nuisance and far more of a threat to your favorite winter sweaters than they are to you. However, if you have allergies, they can be a trigger for your symptoms.

What attracts moths to my house?

Many moths are attracted to our homes for shelter and food. Moths are drawn to light sources. They can often fly in through an open window or door and lay eggs. Once those eggs hatch, moth larvae, depending on the species, may find fabrics, fur, paper, and other substances to eat. Moths are also attracted to damp, dark areas like your plumbing fixtures, under appliances, in cracks, and other isolated areas.

How can I prevent moths from getting into my home?

The best way to prevent a moth infestation is to keep up with your housekeeping. Vacuum and dust regularly to eliminate food sources. Keep screens on your windows and doors, and seal up any holes and cracks a moth could slip into.

What are the signs of a moth infestation?

If you have an infestation of clothes moths, you may notice irregular holes in your clothing, empty casings attached to fabrics, or live moths fluttering about when disturbed. If pantry moths are your problem, you'll notice holes in food bags, moth larvae, and adult moths flying about, as well.

Why do I have moths in my kitchen?

As mentioned previously, moths are attracted to your home, and particularly your kitchen, for a couple of reasons. The main reason is they're looking for a safe place to lay their eggs. Of course, one of the criteria for that is a steady food source and your kitchen is an ideal location for some moth species.

Pantry moths, such as the Indian meal moth and Mediterranean flour moth, are often the culprits behind a kitchen infestation. Once indoors, they lay eggs. The larvae feed on and infest household staples like flour, chocolate, dried fruit, cereal, as well as birdseed and dry pet food.

Pantry moths can also hitch a ride unnoticed on live flowers, plants, or wreaths that you bring into your home.

How to get rid of moths

If you find moths living in your closet or kitchen, don't despair, you can get rid of them with a little effort. For moths on clothing, simply dry clean the affected material to kill the moth eggs and larvae. Put your clothes in sealed bags after washing. You can also use mothballs to repel them.

Getting rid of moths from your kitchen requires a bit more cleaning and maintenance. Throw out infested food stuff and keep the area clean to avoid a future infestation. Additionally, store dry goods such as flour, beans, cereal, and pet food in glass or plastic containers that moths or their hungry larvae cannot penetrate.

How Terminix® helps you with moth control

If you've tried everything and you still have a problem with moths in your home, contact a Terminix® pest control specialist today. We'll schedule a pest inspection and work with you to help eliminate your moth problem.

Moths are one of 13 common pests covered with a Terminix Pest Control Plan.1

How To Help Get Rid of Moths