Agriculture 101: Termite Mounds and Their Impact on Farming

Termites are usually associated with damage and destruction, but did you know there are some agricultural advantages to these insects? Terminix is here to give you a termite lesson. 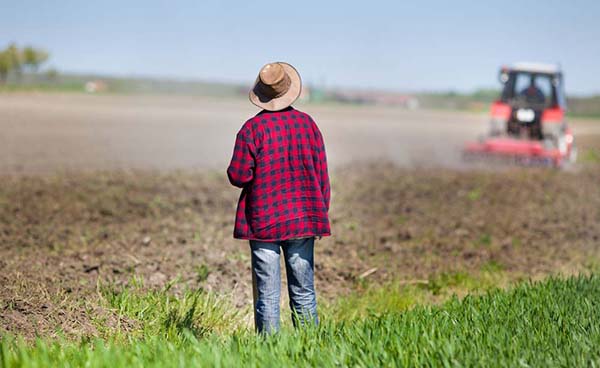 Termites are found worldwide and can be beneficial or harmful depending on the species and location. In the United States, they are most often vilified for causing the structural collapse of homes, fences and other buildings. But in nature, they are responsible for breaking down dead or decaying wood.

Termite damage can affect several industries, including agriculture. Many termite species create large mounds to house their colonies. These mounds can either help local farmers or hurt them.

Take, for example, the rice farmers of Laos. They use termite mounds as fertilizer for crops and as charcoal kilns. The termites themselves are used as fish food, and the reproductive alates are eaten by villagers. Studies that looked at Laotian villages near the Mekong River found that the rice yield was higher in areas bordered by termite mounds, than in areas without them.

Villagers crush and spread the soil from the mounds on their rice paddies before planting; it acts as a natural fertilizer. The adult termites are collected and fed to several types of fish, which are raised as a food source. They also use the termite mounds as gardening beds to grow vegetables, due to the high nitrogen content of the dirt.

More recently, villagers have begun to sell the mushrooms that are found in some of the mounds. Considered a delicacy, the cash crop of mushrooms may help encourage farmers to conserve the mounds.

The studies did reveal that in some areas, villagers are destroying termite mounds faster than the termites are restoring them. In order to keep termites as a sustainable resource, the Laotian people may need to develop a strategy for termite conservation.

Across an ocean from the Laotians, a team of researchers in Australia discovered that termites and ants can help boost wheat crop yields in arid climates. They looked at both soil mineral content and water absorption between termite-containing fields and those treated to exclude the insects.

The results showed a wheat yield of 36 percent more in the fields containing termites and ants. The tunnels dug by the insects allowed rain to fall deeper into the ground, retaining moisture at three times the rate of the treated fields.

The second benefit to ant and termite activity in the fields was the nitrogen content of the soil. The gut bacteria of termites contains high levels of nitrogen. Due to the nature of how these insects dig their tunnels, that nitrogen is transferred to the soil.

Termite species in the Americas

While some parts of the world have adapted to the presence of termites, in others, they can pose a problem. In the Amazon rain forest, termites often spread across cleared land when farmers allow it to lay fallow. Depending on the termite type, soil quality is affected and crop yields may decrease because the nutrients added into the dirt are not balanced. When ecosystems are disrupted (i.e., rain forest clearing), the entire system is impacted.

In the U.S., the effects of termites on agriculture are typically related to damage. As the species found in the U.S. are voracious eaters, they can damage fencing, sheds, barns and other buildings. Additionally, the termite types found in North America do not build mounds, but instead have nests belowground. This means they cannot be as easily accessed for use as a fertilizer or livestock feed source.

Whether you think termites are good or bad for agriculture, they don’t belong in your home. If you are seeing signs of termite activity, go online to schedule your FREE Termite Inspection.