7 Different Types of Moths That Will Surprise You

When you think of a moth, the first thing that comes to mind is probably not a pretty, colorful winged creature like what comes to mind when you think of a butterfly. But in fact, there are many brightly colored moths that could give butterflies a run for their money. So while there are many differences between moths and butterflies, an attractive appearance is not one of them. There are thousands of different species of moths, all across the globe, many with interesting appearances and interesting abilities. Below are seven striking types of moths that will probably surprise you. 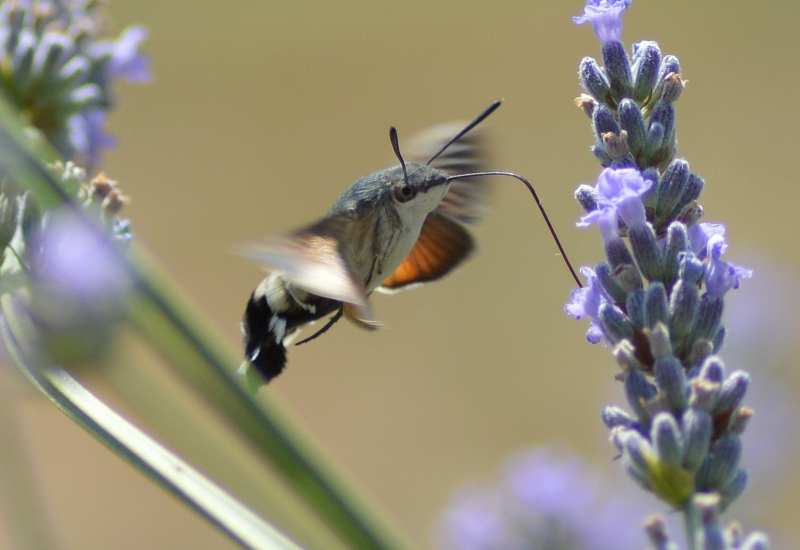 The Rosy Maple Moth, a small moth found in North America, is notable for its bright pink and yellow coloring and wooly exterior. While the coloring can vary—some moths being more cream, others more yellow—the pink and yellow variation is the most notable. The Rosy Maple Moth caterpillar, known as the Green Striped Maple worm, feeds on the leaves of maple trees (which might not surprise you based on its names).

The Luna Moth has a white body and bright green wings that taper off into the notable elongated tails. They are part of a group known as the Giant Silk Moth. The Luna Moth can be found across North America, and is one of the larger moths found on the continent with a wingspan of between four inches all the way up to seven.

If the Garden Tiger Moth has markings that bear a resemblance to a tiger then you’ll probably guess that the Giant Leopard Moth has markings that resemble a leopard—and you’d be right. The Giant Leopard Moth has bright white wings covered with dark, round blotches in a manner that resembles a snow leopard. The abdomen of this type of moth is also quite colorful, usually a dark blue with orange markings. And if you find the adult moth fascinating, you’d definitely find its caterpillar just as striking. The giant leopard moth’s caterpillar is one of the woolly bear species—meaning covered in hairs to look fuzzy, or wooly—and has red bands around its exterior.

Unlike the previous two moths on this list, the Cecropia Silk Moth is not covered in a bold pattern—however that doesn’t make it any less beautiful. This moth has golden colored wings with circular eye-like markings on each, and fuzzy antennae. Like the Luna Moth, the Japanese Silk Moth is part of the Giant Silk Moth group, with a wingspan as much as six inches, it’s easy to understand why. The Japanese Silk Moth is known for producing a rare, naturally white silk.

The Giant Atlas Moth has a wingspan that can be over ten inches, making it one of the largest moths in the world. It’s native to the forests of Asia. Some claim the moth is named after the Greek Titan Atlas, for his large size, while others say the name comes from the pattern on the Giant Atlas Moth’s wings, which resemble a map-like pattern. Like the Rosy Maple Moth, adults do not eat, because they don’t have mouths. Giant Adult Moths only live one to two weeks, during this time, they are looking for a mate to reproduce with.

While all seven of these moths are striking in appearance, they’re not generally pests inside. There are moths you may find inside your home, such as the clothing moth. If you find clothing moth damage or suspect them to be making a meal of your clothes, learn how to manage them with Terminix.