Think there’s a raccoon on your property? There are three primary methods that can help you identify evidence of a raccoon: noises, tracks and appearance. However, additional information on each method is needed to correctly identify the presence of raccoons and differentiate them from other wildlife. Below is some information that could help you recognize evidence of raccoons on your property. 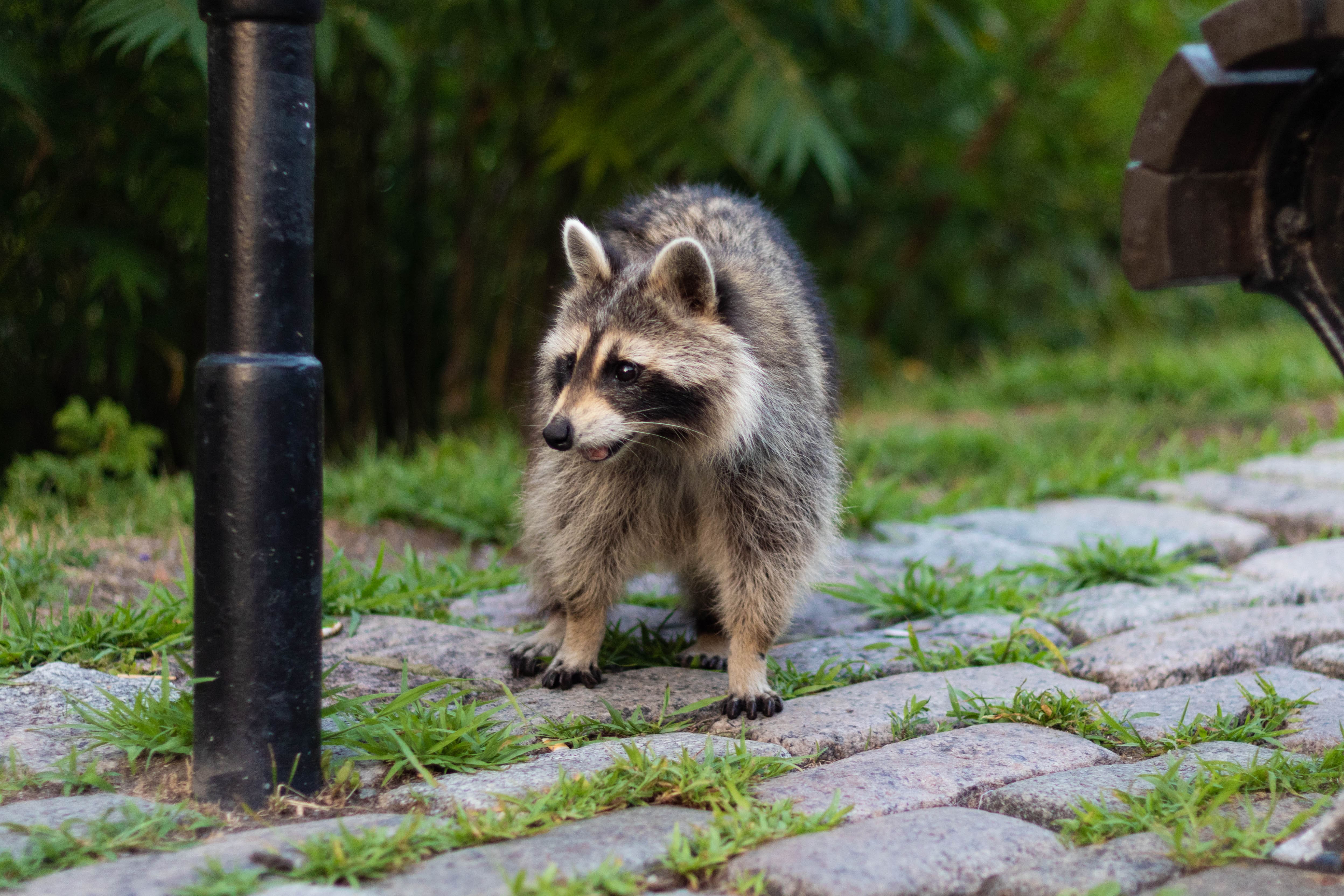 So, do raccoons make noises? Yes, in fact many people hear raccoon noises at night due to their nocturnal habits. Raccoons can make different noises depending on the situation. For example, raccoons may whistle like an owl when communicating with other raccoons. Raccoons also growl in defense when in the presence of danger. Other vocalizations may include a low grunt, loud purr or even a scream (when under stress), which can indicate their presence to homeowners. In urban, suburban environments, raccoons are found in home areas such as attics, chimneys, roofs and under decks/porches.

Raccoon noises may be confused with vocalizations of other wildlife. For example, raccoon communication may be misidentified with the whistle of a screech owl. As such, sounds alone generally cannot be used to identify raccoons. Consider consulting a wildlife professional to help determine the pest that may have taken up residence in your home or on your property.

One of the most defining features of raccoon tracks (footprints) is their gait. When walking or running, their back footsteps directly next to their front foot on the opposite side of their bodies. The distance between steps may differ depending on the speed at which the raccoon is moving. Other distinctive characteristics of raccoon tracks show their claws, which appear in front of their paws pads in the track. While raccoons have unique track features, they’re still confused with other wildlife. Without knowledge of claw shape, raccoon tracks can sometimes be misinterpreted for otter and/or opossum tracks. It may be best to consult a wildlife specialist to help identify the species associated with the tracks.

One of the most distinctive features of a raccoon is the patterns of fur colors its face. Black colored fur indicates the appearance of a mask around the eyes of raccoons, hence, may look like thieves in the night as they travel between properties. While raccoons are usually grey, black and white, they may also be brown. So don’t just depend on the coloring of its fur to identify the species unless you spot the black mask on its face. In addition, adult raccoons usually range between 18-28 inches in length and tails with a distinctive, ringed color pattern. Raccoons have sensitive forefeet designed for grasping objects and climbing but do not have an opposable thumb as in most primates.

If you think raccoons may be lurking around your property, schedule a wildlife inspection with Terminix®. Our trained technicians have knowledge of common species in your area and understand characteristics used in identification. Our specialists can use their knowledge of noise, track and appearance identification techniques to help you determine the potential intruder in your home or on your property. Technicians can help remove raccoons and other unwanted wildlife pests from your property so you finally get some peace-of-mind.