There are many different species of garter snakes, found all across the United States. The true number of species is difficult to determine because the variation in scale pattern can be slight. While many of these different species share several behaviors and characteristics, there are some that you can tell apart based on their physical characteristics. Keep reading to learn about some species and sub-species of garter snakes 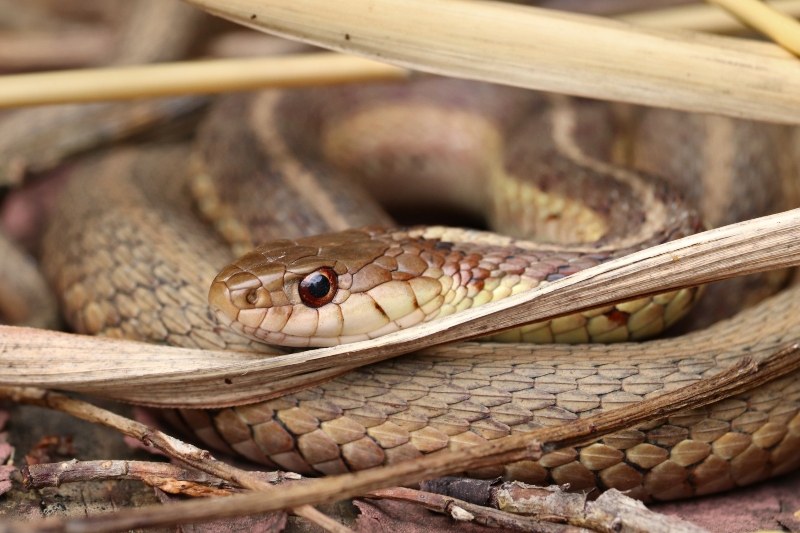 Before we detail some different types of garter snakes and how to identify them, it’s worth discussing the behavioral characteristics that garter snakes have in common. Garter snakes are usually non-aggressive toward humans.

Garter snakes are often considered to be beneficial to have in gardens, and their common presence has earned the nickname of garden snake. Many garter snakes will feed on other garden pests such as slugs, grasshoppers, frogs, worms, and rats. However, they still might not be pleasant to come upon. Males tend to leave the den first to wait for females. When females eventually emerge, multiple males may form a ball with the lone female creating what is referred to as a “mating ball”. Garter snakes differ from some other types of snakes in that they give live births. And while some of these characteristics can be unpleasant or alarming, garter snakes don’t pose a huge risk to humans unlike other, more venomous snakes such as rattlesnakes.

The common garter snake is, as you can probably guess, one of the most common types of garter snakes. It’s the most widely found snake across North America. Often, common garter snakes have three light stripes running down their narrow bodies, many times a yellowish color with darker yellow stripes. Their head is notably larger than their neck. They are important parts of the food chain, preying on others and being prey for animals like raccoons, opossums, and birds. There are 13 subspecies of the common garter snake, four of which are listed below.

These are just some of the different types of garter snakes that you might encounter. Because there are slight variances in their scale patterns and physical appearances, they can sometimes be difficult to tell apart.