What Should You Do If You Find a Dead Raccoon?

One of the most common and recognizable mammals in North America, the raccoon is found in nearly every state, parts of Mexico and portions of Canada. Raccoons live in forests, as well as in and around urban areas, which means you may come into contact with them around your property. Unfortunately, their prevalence also means you may encounter a dead raccoon near your home. 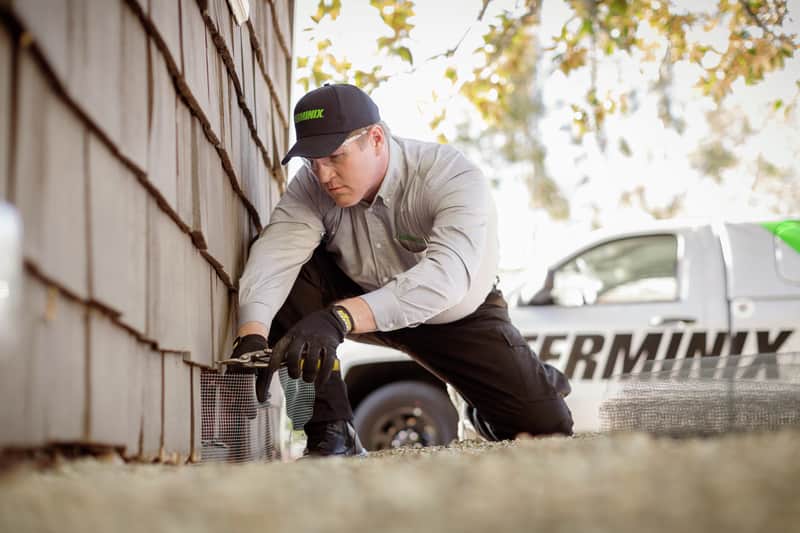 If you do encounter a dead raccoon, either on your property or inside your home, you should proceed with caution. Regardless of where the animal is found, do not touch it, and keep the following risks in mind:

Disease – Raccoons can carry pathogens that may cause disease. According to the Centers for Disease Control, raccoons are the most commonly reported rabid animal, and rabies can be transmitted to humans, though rare. Additionally, raccoon feces can carry baylisascaris procyonis, a roundworm that can cause damage to the liver, heart, lungs, brain and eyes. Avoid touching animal waste.

Other animals – A dead raccoon found outside may attract other animals. You should use extreme caution when approaching a carcass. Contact animal control if you find a dead animal outside your home.

Regulations – Depending on your state or county, there may be regulations pertaining to wild animals. For example, a permit may be required to remove animals from a home and there may be guidelines governing where live animals can be released.

Leave it to the Wildlife Control Professionals

Raccoons are interesting creatures, but if you find them on your property, it’s best to leave removal to the professionals. A wildlife control professional knows the proper methods for removing carcasses or live nuisance wildlife animals that may pose a threat to your home.

Raccoons are nocturnal, so they’re most active at night. Their mating season runs from January to June, and females live in dens to raise their young. Dens may also be used as places to rest throughout the day. This resourceful animal can create a den almost anywhere: hollow trees, abandoned animal burrows and even your attic or chimney.

Raccoons are likely to wander into your home during the cold winter months when they’re seeking warm shelter. If you do have a raccoon in your home, you may hear noise or notice a disturbance near the animal’s point of entry. Additionally, if the raccoon has died in your house, you may notice a foul odor.

Non-discriminatory when it comes to food, raccoons are omnivores and will eat almost anything, including other animals, insects and plants. Raccoons living in urban areas may forage for food in your garden, your yard or your garbage can. Homeowners with pets may also find a raccoon dining on dog food or cat food left outside.

Possible Causes of Death for Raccoons

While raccoons have been known to live in captivity for up to 20 years, they have a much shorter lifespan of 2-4 years in the wild. A raccoon can die from any number of causes, including:

Predators – Raccoons living in the wild may fall victim to a few natural predators, including cougars, bobcats and coyotes. Birds of prey, such as large owls and eagles, may seek out young raccoons, also known as kits.

Disease – As mentioned above, raccoons are known carriers of pathogens that can cause disease, and disease is one of the most common causes of death in the animal.

Starvation – Some raccoons may wander out of their normal territory, resulting in an inability to find food. Young raccoons, which have fewer fat reserves, may also be less likely to survive seasonal food shortages.

Encounters with vehicles – Raccoons are most active at night, and their dark coloring makes it difficult for many drivers to see them. Because of this, raccoons are frequently seen as roadkill.

As mentioned before, if you see a dead raccoon on your property, be cautious and contact a professional to remove it. The same goes for a live raccoon. Trying to DIY nuisance wildlife control can come with consequences.