How the Jewel Wasp Turns Cockroaches Into Zombies

Think mind control belongs to the realm of science fiction and martial arts? Then you haven’t heard of the jewel wasp. 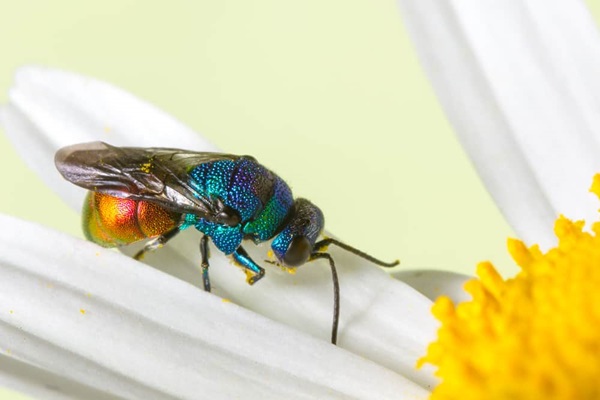 This small, tropical insect gives the term “parasite” a whole new meaning. That’s because it reproduces by injecting mind-controlling venom into a cockroach, then uses the live cockroach’s body to incubate and nourish its young.

Here’s what you need to know about this amazing arthropod.

“Zombie Wasps” and Other Names

The jewel wasp goes by many names, including emerald wasp, emerald cockroach wasp and zombie wasp. That last name is apt because the jewel wasp turns its cockroach victims into virtual zombies before using their bodies to reproduce.

A female jewel wasp will mate only once in a lifetime. Once she has mated, she carries dozens of fertilized eggs. When time comes to reproduce, the jewel wasp will locate a cockroach using sight and sound. Then, she attacks.

This is easier said than done. Cockroaches are six or more times larger than jewel wasps. That’s why precision is key. The wasp stings a cockroach in its thorax, the middle section of its body. She injects a substance that immediately and temporarily paralyzes the cockroach.

Next, she stings the cockroach in two areas of the cockroach brain, also known as the ganglia. The wasp uses specialized sensory organs on the tip of its stinger to locate the precise regions of the cockroach ganglia to strike. Then, the jewel wasp injects its mind-control venom.

In theory, this “zombie” state wears off in one week. But the jewel wasp gets to work on the zombified cockroach well before then. A team of researchers at Ben-Gurion University conducted a research study on this process that was published in the Journal of Experimental Biology. They found that the jewel wasp gnaws off the cockroach’s antennae and clamps down on the stubs before beginning to lead the cockroach to a hole. What’s fascinating is that the roach remains fully functioning but without free will. It walks normally and follows the wasp into the hole.

Meanwhile, after two days, the wasp egg hatches. The larva feeds on the cockroach body for sustenance. It slurps up hemolymph, the nutrient-rich cockroach equivalent of blood. The larva consumes organs in the abdomen — all while the cockroach is still alive. Once all other organs are cleaned out, the larva finishes up with the cockroach’s nervous system, bringing the cockroach to a merciful end.

But that’s not all.

The jewel wasp, whose scientific name is Ampulex compressa, is nearly an inch long. It has a metallic, blue-green body and red thighs. Unlike its female counterpart, the male has no stinger.

Where Do Jewel Wasps Live?

Considering jewel wasps as a pest control weapon? You’re out of luck. The jewel wasp is native to most of Africa and Asia, plus a few Pacific Islands.

If you are experiencing a cockroach problem, don’t rely on another insect to help you out. Set up an appointment with a cockroach control professional today.