How Do Cockroaches Reproduce?

Understanding the lifecycle of American and German cockroaches (both common in the United States), including how they reproduce (and how rapidly), can give you more insight into why they’re so hard to control. 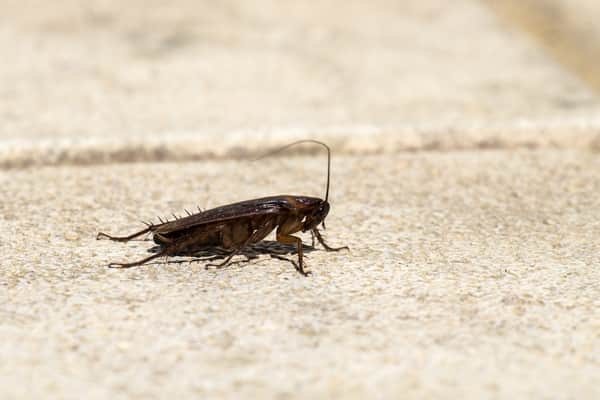 Learn about cockroach reproduction to get a better idea of why an infestation can be so taxing to deal with.

The Lifecycle of the American Cockroach

Of the two cockroaches that most commonly infest households in the U.S., the American cockroach is larger and is capable of gliding. It has three life stages:

American cockroach eggs are laid in dark brown capsules that are about five-sixteenths of an inch long. Female American cockroaches are capable of producing one capsule a week after mating, although they can produce two in one week. Additionally, the female can store sperm, meaning she only needs to mate once to lay multiple egg cases.

Females will lay anywhere from 6 to 14 egg capsules in their lifetime. Each case holds about 16 eggs, and the female can drop the egg capsule within one day of it being formed. After four to eight weeks, nymphs will hatch from the eggs. The overall timing of hatching does depend on environmental factors, such as temperature and humidity.

After the nymphs hatch from their individual eggs, they join forces and break through the egg capsule using a synchronized effort. From there, it takes them about 6 to 12 months to mature into adults. During maturation, they will molt several times, causing them to change from a light grayish brown to the reddish-brown color you’re familiar with. This stage between a molting period is known as an “instar,” and the number of instars varies in American cockroaches.

Once the nymphs have matured, they become adults who mate and lay new egg sacks. On average, the lifespan of the American cockroach from egg to adulthood is 168 to 786 days. Adult females live longer and can survive up to 786 days, while adult males can live up to 362 days.

The Lifecycle of the German Cockroach

While German cockroaches are smaller than American cockroaches, they can be more difficult to control because they reach sexual maturity sooner and lay larger clutches of eggs. Like their larger counterparts, they also have three life stages.

After mating, females produce an egg capsule that is approximately one-fourth of an inch long. This capsule contains 40 eggs, give or take a few. Unlike the female American cockroach, German cockroaches carry the capsule until about 24 hours before the eggs are ready to hatch. This allows for a greater survival rate of nymphs.

German cockroaches are capable of producing four to eight egg capsules during adulthood. They typically produce a new capsule every six weeks, and it takes the eggs about 28 days to hatch.

Once nymphs emerge from the egg sack, they are on their own. German cockroach nymphs are known for eating the feces of adults when they’re unable to find food. Unlike the adults, the nymphs do not have wings.

German cockroach nymphs also molt. Like American cockroaches, they have a variable number of instars, but the most frequently reported number of molts is six or seven. It typically takes the nymphs about 60 days to mature into adult cockroaches, though this depends on environmental factors.

After their final molt, nymphs are sexually mature adults capable of reproducing. Male German cockroaches have an average lifespan of 100 to 150 days. Females, on the other hand, can live anywhere from 190 to 200 days.

Now that you know more about cockroach reproduction, it’s probably easy to see how these insects can quickly get out of hand.

Have you noticed cockroaches in your home? Contact Terminix® to help get rid of those nasty insects and help prevent them from coming back.