The executioner wasp has a scary sounding name—but there’s actually no scientific backing to this common name for the Polistes carnifex species, which belongs to the paper wasp genus. 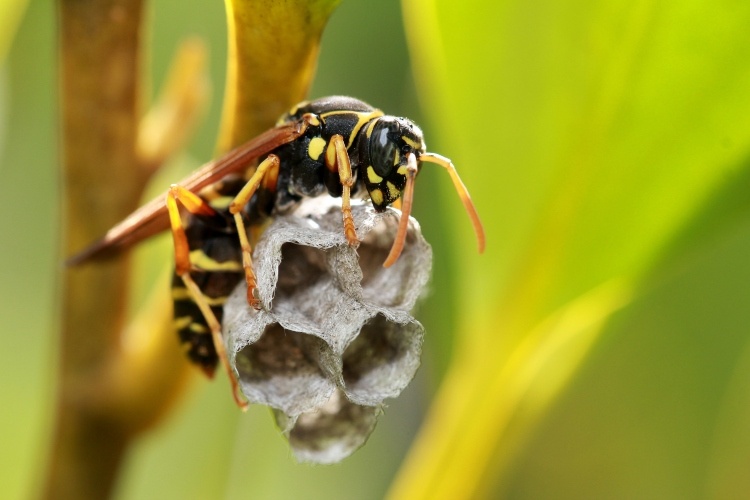 The name was popularized when YouTube personality Coyote Peterson was purposefully stung by this wasp for a 2018 video. He described the sting as the most painful one he’s ever experienced. Currently, the executioner wasp is not listed on Dr. Justin Schmidt’s famous pain scale, which goes up to a scale of 4. However, some species of paper wasps, such as the red paper wasp, are listed as a level 3. But there’s more to this insect than it’s painful sting. Keep reading to learn more about where this stinging insect is found and what the executioner wasp’s life cycle may be like.

If you’re fearful of bee or wasp stings, you’re probably thinking you never want to come across the executioner wasp. The good news is that this wasp is not commonly found in the United States. It is native to Central and South America. While it can sometimes be found in Texas, it is more common in the countries it is native to. It’s worth noting, however, that other paper wasps species can be found across North America. In fact, it’s possible to have come across a paper wasp and confused it as a yellowjacket.

While there isn’t much published information about the life cycle of the executioner wasp, one might be able to predict what their life cycle might look like based on the genus the species belongs to. Below is the generalized paper wasp life cycle.

Paper wasps are social insects. After an overwintering queen emerges in the spring, she will build a nest out of wood pulp and raise the first group of workers. The workers will then take on the duties of building on and expanding the nest, taking care of the queen and immature wasps, and finding food while the queen will focus on laying eggs. Paper w asp nests are distinct for their umbrella-like shape. They are built upside down to accommodate the larvae, which will grow head-down.

The queen will mate one time before she begin s laying eggs. Each egg will be laid in its own brood cell. In some species, unfertilized eggs will eventually develop into males. The majority of species and nests will be female, which are fertilized eggs; these are commonly called foundress daughters. Within several days of being laid, the wasp eggs will hatch.

After the eggs hatch, larvae emerge. While queens will feed the first eggs that hatch, after those workers mature, they will take on the duties of gathering food to feed the larvae. After a little over a month, roughly 40 days, larvae will complete this stage of their life cycle and become adult wasps.

As it grows colder and draws nearer to fall, ne w queens will be produced. These will leave the nest in order to find a place to overwinter. Some places that n ew queens overwinter include under tree bark, in hollow tree areas, within houses, and sometimes inside a paper wasp nest. They may even burrow into the ground. In the winter, the other wasps including the old queen will die. Once spring rolls around, these new queens will emerge and build a nest, starting the process all over again.

Some gardeners will consider paper wasps to be beneficial insects, as they can eat common garden pests—however, not everyone will want them buzzing around. Paper wasps are not usually very difficult to get rid of. While they aren’t considered aggressive in the sense of attacking without cause, they can sting if they feel threatened. And unlike honey bees, paper wasps do have the ability to sting multiple times. If you have a paper wasp problem on your hands—or just don’t want to try and manage them yourself—contact Terminix. A Terminix pest professional will be able to help you get rid of the stinging insects, and help you take the necessary steps to keep your home wasp free.