What the Bed Bug Life Cycle Means for Hotels

To understand how and why bed bugs can be a threat to your hotel, it’s important to know some basics about the insect’s life cycle and behavior. Understanding that may help you and your employees spot early signs, which can notify you to take the necessary action to help avoid a serious infestation. 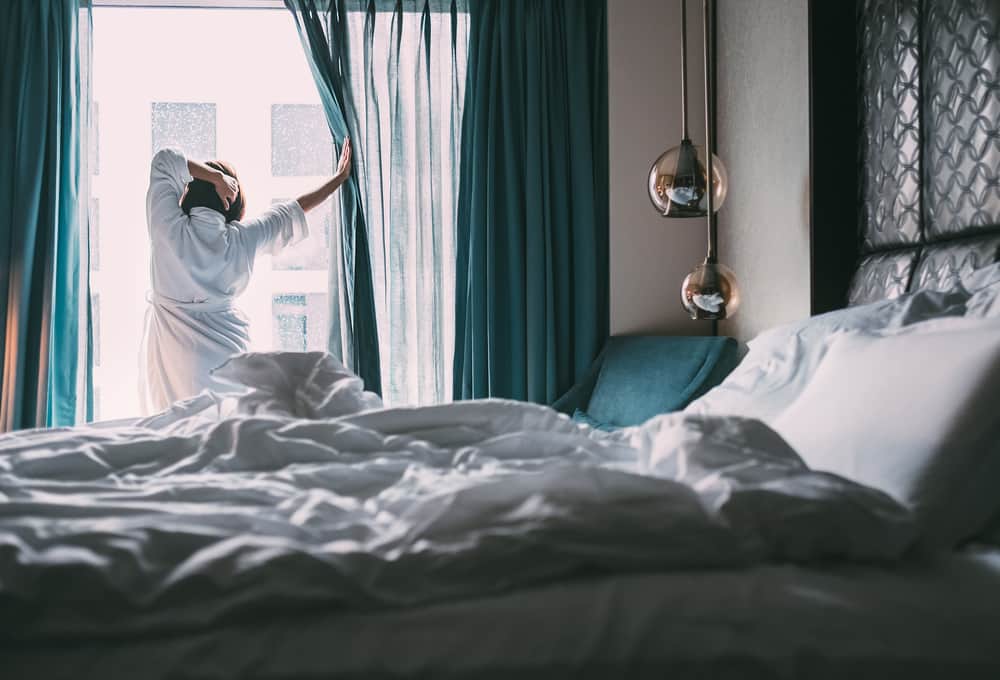 Typically, bed bugs mature in about 35 days, which can vary depending on conditions, then live for 7 to 12 months. A single female lays one to seven eggs each day. The rate of egg production varies greatly based on feeding, mating patterns and other factors. After bed bugs hatch from their eggs, they are called nymphs.

It would help with identification and control if bed bug eggs and nymphs were easy to spot, but they aren’t. In their early stages, both eggs and nymphs are very small and virtually colorless, making them difficult to see, especially on light colored bed linens and carpets. In fact, nymphs are only about the size of a coffee grain. Not only are they very small, but bed bugs are generally only active at night, remaining in hidden cracks and crevices during the day. Being so hard to spot in early development is one of the reasons that bed bug infestations can grow so quickly. As they mature, nymphs may darken and appear red after feeding.

After adult bed bugs come out and feed, they will go back to their resting areas, often near the beds where they found food. While they remain in those hidden cracks and crevices, they digest their meals, mate and lay eggs before returning to feed again an average of every two to five days. When bed bug populations become very large, or if a host can’t be found, they may move into nearby rooms searching for food and spreading through the hotel.

In the adult stage, bed bugs have a small head and a larger reddish-brown, oval-shaped body about the size of an apple seed. Their body is flattened, unless they’ve recently fed. Then their abdomen can appear fuller and longer. They do not have wings, which means they can’t fly and they don’t jump.

What Does the Life Cycle Mean for Your Hotel?

Since they usually remain in hidden areas during the day and are generally hard to spot, it’s important for hotel workers to know other signs to watch for that may indicate an infestation, including:

It’s also important to know where to look for bed bugs. Be sure to check common bed bug nesting areas like:

How Bed Bug Control Can Help

Because bed bugs can be hard to identify and control, it’s best to get professional help from a commercial pest control partner, like Terminix® Commercial, with specific experience in serving hotels. Terminix Commercial can help you turn down service to bed bugs for good.