Here are some fun facts about cockroaches, as well as techniques for getting rid of cockroaches and preventing another infestation. 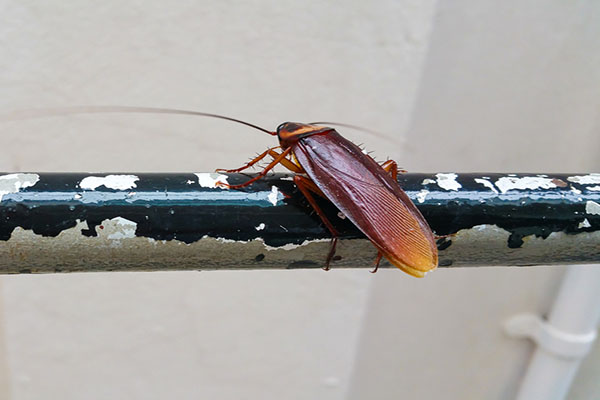 It’s often said that the only things that can survive a nuclear blast are cockroaches and Twinkies. We can’t speak to the cream-filled snack cakes, but we can tell you about the cockroaches. They may be pests, but they’re also fascinating creatures. Here are some fun facts about cockroaches, as well as techniques for getting rid of cockroaches and preventing another infestation.

Although a cockroach can withstand 10 times as much radiation as a human can, they wouldn’t survive a nuclear event. That said, they’ve earned their reputation for being hard to kill.

Cockroaches can go a week without water and a month without food, and they can live a week without their heads because their open circulatory systems allow them to breathe through little holes in each of their body segments. They only die because they cannot drink water without a mouth.

Cockroaches can also survive being submerged in water for long periods. They can withstand temperatures as low as 32 degrees Fahrenheit, as well.

Just how many species of cockroaches are there?

There are more than 4,000 cockroach species worldwide, and they can be found on every continent except Antarctica. Cockroaches are believed to have originated 280 million years ago during the Carboniferous era, meaning some species predate even the dinosaurs.

The Madagascar hissing cockroach, for example, is known as a living fossil because it so closely resembles prehistoric cockroaches. One of this insect’s most notable characteristics is its size: it grows 2 to 3 inches in length and 1 inch in width. Another distinctive characteristic is its range of hisses. It's got a special courting hiss, a mating hiss, an alarm hiss and, when things get heated, a combat hiss.

But you probably don’t have to worry about that, since these cockroaches are found mainly on the island of Madagascar, off the coast of Africa. The cockroaches you're most likely to encounter are American, German, Oriental and brown-banded cockroaches.

When cockroaches move in

Outside the house, cockroaches play an important role in decomposition and processing organic matter back into the soil. But according to the ACAAI, once inside your home, they can exacerbate symptoms for allergy and asthma sufferers, and they spread germs and bacteria.

Many people believe that cockroaches are attracted to dirty homes, but the truth is that cockroaches like to live in homes where they have easy access to food sources. That could be almost anywhere.

If you want to avoid cockroaches, an important first step is to keep food sealed and stored properly, especially in the kitchen. It also helps to make a point to clean daily, which will prevent crumbs and trash from building up. Take the trash out regularly and store it in sealed containers.

Getting rid of cockroaches

In the event of an infestation, a Terminix® technician can help determine the most effective cockroach treatment plan. In some instances, simple cockroach baits are effective, though proper placement is crucial and they should be combined with other control efforts.

Before treating your home for cockroaches, it’s important to remove all dishes and food items from shelves. Then it’s time for a deep clean. The sanitation will help put stress on the cockroach population, which makes them susceptible to treatments and baits.

To avoid reinfestation, it’s important to keep an eye on any outside cracks or holes in the wall. To further discourage cockroaches, it helps to move firewood away from the home and store it off the ground and with a plastic cover to keep it dry. Discard other piles of lumber, bricks, etc. that aren’t being used. Minimize heavy ground cover, such as ivy, near the house and keep layers of pine-needle mulch down to 2 inches deep and at least 12 inches from foundation.