All You Need to Know About Insect Queens

It isn't difficult to think about how other species organize themselves — and maybe wish humans were as orderly about it as our wild kingdom brethren. 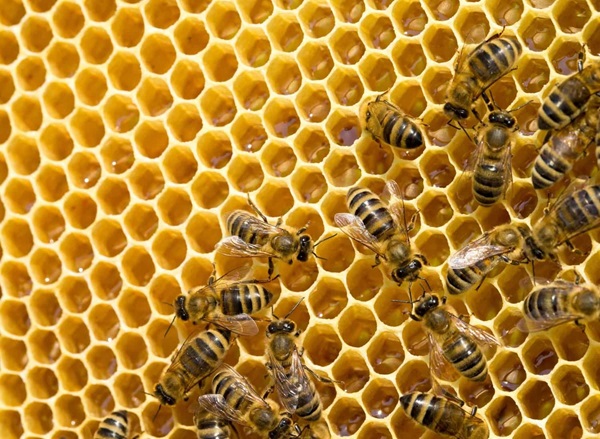 For example, an insect colony is a complex and highly structured organism. Each insect in that colony — from termites, to bees, to ants — has a specific role.

An insect queen governs many aspects of her colony's existence. What makes them worthy? Consider these fascinating tidbits:

It all begins with the nuptial flight.

Once a female mates or becomes fertilized, she settles in a suitable area, sheds her wings and starts a colony.

Termite mating occurs when a termite queen finds a single male mate and forms a colony with him. Ant queens, on the other hand, will receive and store — for as long as 20 years — sperm from one or more males, then form a colony independently.

The Insect Queen Is The Mother Of Many Insects

The insect queen — whether a termite queen, queen bee or ant queen — is the mother of many insects in her colony.

You think watching over your two kids is a handful? Insect queens preside over colonies that can range from thousands to millions of insects. Let that sink in.

Like the worker and soldier insects in the colony, the queen has a well-defined role. The primary function of a queen in an insect colony is reproduction. A lot of reproduction.

A queen bee lays up to 1,500 eggs per day; — that’s more than her original body weight. A termite queen lays an egg every three seconds, producing about 30,000 eggs per day. But an army ant queen outpaces them all. In a single day, an ant queen can lay nearly 300,000 eggs.

Insect queens boast some of the longest lifespans of all known insects. Ant queens can live for up to 30 years, while queens in some species of termites — such as the African mound-building termite — can clock in at 50 to 60 years.

How does that compare to the worker insects that make up the vast majority of insect colonies? Queens can live 100 times, all the way up to 500 times, as long as the typical worker insect.

Insect Queens Are The Chosen Ones

Where do insect queens come from? It depends on the insect.

For some species, when insects are still in the larvae stage, some larvae receive more nourishment and care from worker insects than others.

In the case of honeybees, workers select a larva to live and develop in a more spacious cell and to be fed a high-calorie diet called “royal jelly,” ensuring another generation of fertile queens.

Fascinating as they may be, insect queens — and their vast colonies — are best when not in your home. Keep your home insect-free by contacting a pest professional today.