For many, cicada sounds are associated with summer. Did you know that some of these insects have waited 17 years to sing their songs 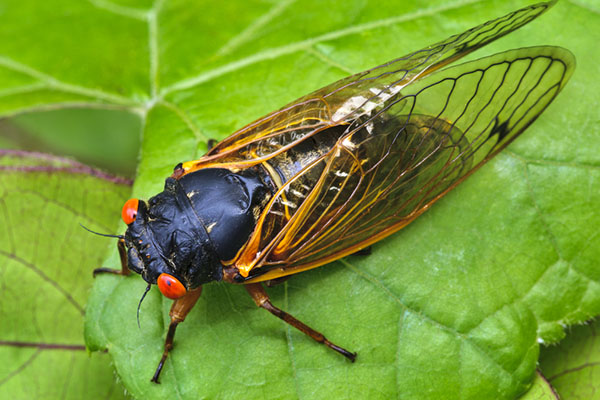 For many residents of the United States, cicada sounds are associated with summer. Did you know that some of these insects have waited 17 years to sing their songs? That’s because cicadas can be periodical or non-periodical. It’s the former group that scientists need your help to track. But before we get into that, let’s answer the question, “What are cicadas?”

A locust by any other name

Many people refer to cicadas as “locusts.” However, locusts are a species of grasshopper, and cicadas — despite their appearance — are more closely related to aphids.

Thank the early European settlers for the mix-up. When they arrived in North America and saw these insects emerging from the ground by the millions, they assumed it was the locusts of the Biblical plagues in Egypt.

Even before the settlers discovered them, the Native Americans, too, were wary of these insects. They believed the cicadas’ arrival to be an evil omen. It is important to note, however, that myths of people or animals being stung by them are false.

There are different types of cicada life cycles, because seven species of periodical cicadas exist, as well as several non-periodical species. The periodical species fall into two groups: 13-year and 17-year cicadas. Some scientists believe 13-year species are merely 17-year cicadas whose life cycle has been shortened. Each group has different broods, named by Roman numeral, which emerge in different years. For example, in May of 2015, some parts of the U.S. saw Brood XXIII of the 13-year cicada emerge.

Periodical species are found in Eastern North America. The 17-year types are predominately found in the Northeastern U.S., with the 13-year types found in the Southeast and Midwestern regions.

They spend the bulk of their lives underground, feeding on fluids drawn from the roots of trees and other plants. Like other insects, the cicada life cycle includes instars, or growth stages, but with a much longer duration. Scientists estimate their final instar alone could take up to nine years. While developing, nymphs dig tunnels to move around. Research has shown these tunnels to be watertight, even during flood conditions.

At the proper time, the nymphs tunnel upwards. Researchers don’t know how the insects know the right year but do know emergences are tied to soil temperatures reaching 64 degrees Fahrenheit. Each emergence of 13-year cicadas includes all four Magicicada spp. at once, and the three 17-year Magicicada spp. also emerge together.

This process, which includes billions of cicada nymphs, begins in mid-May and can continue through June (with some emergences occurring later). Nymphs will molt soon after emerging. 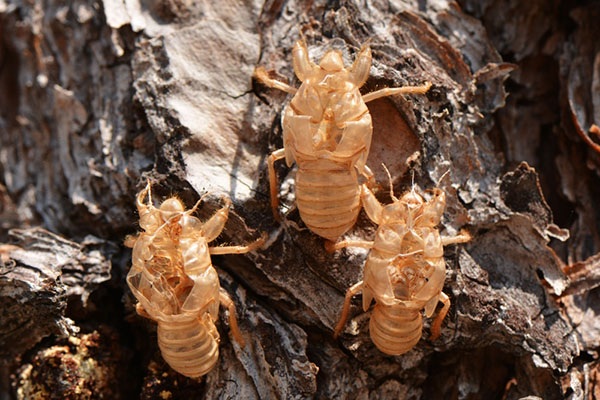 Adult cicadas are up to 1.5 inches long and have wings, but they are weak fliers. They have black bodies, red eyes and reddish-orange veins running along clear wings. 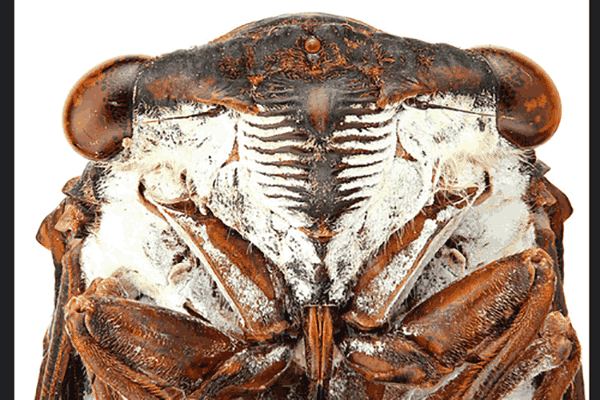 Up close and personal with a cicada. (Insects Unlocked)

After mating, the females lay their eggs inside thin tree branches. It’s the egg-laying process — during which they create small slits in the wood — that can damage trees and shrubs. The eggs hatch in six to eight weeks, and the nymphs drop to the ground and burrow. They won’t be seen above the surface again for 13 to 17 years.

Male cicadas are responsible for these sounds. It’s a mating call, which attracts the females. Males have special organs, called tymbals, on their abdomen. The tymbals work like a drum — a membrane stretches across an opening and reverberates the sound.

When groups of males all sing together, the sound can be deafening. Scientists say a swarm of cicadas can reach 85 decibels, which is louder than a diesel train. Getting too close to a swarm could cause hearing damage similar to that of being at a rock concert without earplugs.

Where you come in

As the population has grown, and developments have replaced the forested areas that cicadas traditionally lived in, where they are found has also shifted slightly. Scientists have tracked cicadas for more than 100 years, because their emergences help show how development affects insects, cicada migratory patterns and other information.

Scientists have tracked them using crowdsourcing since the late 1800s, when they mailed circulars to postmasters asking them to record sightings. Crowdsourcing is now digital, but it still enables scientists and researchers to pinpoint emergences that they could otherwise miss.

Ready to help? Head on over to Magicicada.com and fill out the reporting form. The website includes photos and questions that will walk you through what you saw, heard and where that took place.

Are you hearing cicada sounds where you live? Let us listen to cicada songs with you by sharing a video on Facebook or Twitter with #TerminixBuzz.