How to Identify Spider Egg Sacs 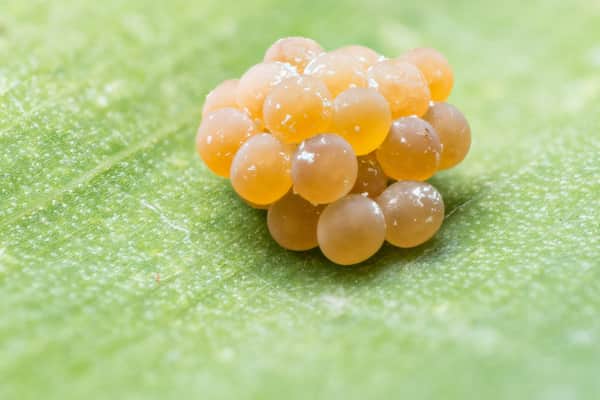 Spiders have an interesting life cycle. They develop through what’s known as gradual metamorphosis and have three life stages – egg, nymph and adult. Spiders lay multiple eggs, if not hundreds, at one time. These eggs are contained within a spider egg sac, mainly to protect them from predators. The eggs hatch into nymphs, which are the same color and shape as the adults, but are much smaller. The nymphs grow larger by shedding their outer skin several times before reaching adulthood. This process is called “molting.”

Trying to identify the species of spider by examining the nymphs may be difficult because they are often very small. However, having a basic knowledge of what spider egg sacs look like may give you clues as to what species a spider may be.

Depending on the species, spiders place their egg sacs in a variety of locations. They can be found in the web itself, on the underside of leaves, attached to tree branches or in a burrow. They can also be placed in undisturbed areas of your home. Some spiders carry their egg sacs attached to their body, providing even more protection for the valuable cargo inside.

Spiders make egg sacs that are loosely woven from silk, much like that used to spin their webs. These sacs are typically about the same size as the spider. Other insects, such as moths, also use silk to spin cocoons for their pupal stage. These cocoons closely resemble the egg sacs of spiders. Insects and other prey caught in the spider’s web are encapsulated in silk by the spider and often look like an egg sac. In general, spiders live a few months to as many as two years, and can produce several egg sacs in their lifetime. Some species of tarantulas can live up to 20 years.

Most types of spiders are harmless to humans, but there are a few species that can cause severe injury, such as the black widow and the brown recluse spider. Spider egg sacs are usually white to cream in color and will be either round or oblong in shape. Some egg sacs are smooth, while others may contain spikes or bumps.

Black widow eggs are small, about the size of a pencil eraser. A black widow’s web is messy and unorganized. The black widow egg sac can contain as many as 400 eggs and is placed randomly in the web. You’re most likely to find brown recluse egg sacs in late spring and throughout the summer. Their egg sacs are off-white to tan in color and round to cone-shaped. Each brown recluse egg sac could have as many as 300 eggs inside.

It’s important to have a basic understanding about what spider egg sacs look like because you don’t want to handle one belonging to a dangerous spider like the black widow or brown recluse. Why not simply take spiders out of the equation altogether and call your pest management professional? If spiders are causing you concern, Terminix® can help.