Although bugs can be a nuisance during this time of year, we thought we’d have some fun and share some of our favorite bug puns and jokes. (And yes, we know some of these are real groaners!). Here we go. 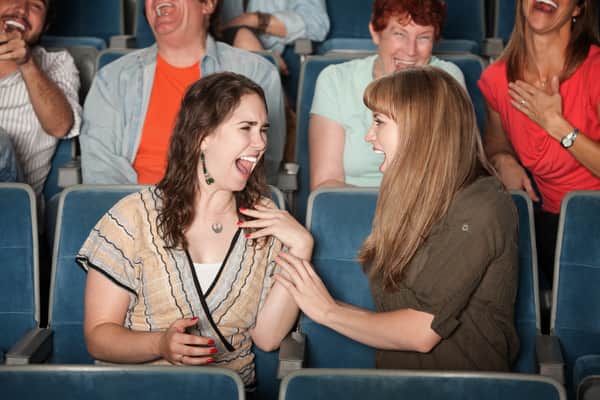 A man walks out of his house with a frog on his head. Seeing the frog, his next-door neighbor breaks into laughter.

Says the man with the frog, “Go ahead and laugh, but a mosquito hasn’t touched me in years.”

Note: We don’t recommend this as a method of mosquito control.

Two frogs are sunning themselves on a rock when two bugs come strolling by. One frog quickly devours the smaller bug, leaving the larger one for his friend.

The other frog says, “Thanks, but why did you do that?”

Replies the first frog, “I thought he was the lesser of two weevils.”

A fly is buzzing around on a hot summer afternoon when he notices a smaller bug on his back. He asks the smaller bug, “Are you a mite?”

Says the fly, “That’s the worst pun I’ve ever heard.”

The mite replies, “What do you expect? I just made it up on the fly!”

A grasshopper is bounding around in some tall grass when he spies his best friend. To his amazement, the friend has replaced his back legs with small, green motorcycle wheels. He asks, “Why did you do that?”

His friend days, “Because I want to be a grass chopper.”

Two fleas are heading home after a hard day’s work. One says, “I think I’ll hop home. What about you?”

The other flea replies, “No, I’m too tired. I think I’ll itch hike.”

An ant approaches an elephant and asks, “Would you like to play?”

“Sure,” replies the elephant.

“So, what’s your favorite game?” the ant inquires.

Note: We also don’t recommend elephants as a method of ant control.

A spider rushes up to his friend and says, “I heard the police are looking for you!”

“Because I put a bug in the world wide web.”

A bee comes home after seeing his doctor for his annual checkup.

His wife asks, “Is everything OK?”

“Not really,” says her husband. “The doctor says I have a bad case of the hives.”

His friend asks, “Why on earth would you do that?”

“Because I need a new walkie-talkie.”

Note: Our entomologists don’t use walkie-talkies – they have cell phones.

“Thank you, but no,” she responds.

“Because I heard it’s a moth ball.”