Bee Traps: How They Are Made And Why They Aren't Your Best Option

While bees may be a nuisance, treating an infestation on your own can be dangerous, and ineffective. Learn more about bee traps and why they don’t work. 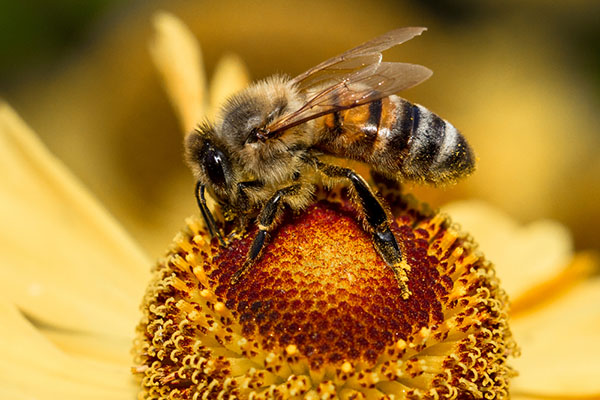 There are a number of guides available on how to build your own bee trap. During the spring and summer months, when most rampant, bees can appear to be a large nuisance. However, bees are critical players in the ecosystem and the global economy. Trapping them may not be in your best interest, or the bees'.

The need for honey bees

"Honey bees enable the production of at least 90 commercially grown crops in North America," according to a 2014 fact sheet released by the White House. The fact sheet also stated "pollinators contribute more than 24 billion dollars to the United States economy, of which honey bees account for more than 15 billion dollars through their vital role in keeping fruits, nuts, and vegetables in our diets."

It is also worth noting that honey bees are not the only bees that provide benefits. Other, less common social bees that belong to Apis mellifera, can have a positive impact, according to the White House. "Native wild pollinators, such as bumble bees and alfalfa leafcutter bees, also contribute substantially to the domestic economy," the fact sheet states. "In 2009, the crop benefits from native insect pollination in the United States were valued at more than 9 billion dollars."

The benefits and risks of bee traps

Despite the benefits of bees, and possible risks of capturing them, some people still turn to developing homemade traps. A popular method for creating a trap for bees involves cutting a recycled liter bottle about one-third of the way down. The top piece is then flipped and placed upside down in the bottom piece of the bottle so that it resembles a funnel. To secure both pieces in place, tape is applied to the sides. This is followed by adding bait in the form of meat, sugary liquids or dish soap, to attract bees to the inside of the trap.

This type of bee trap, however, poses an issue for a number of reasons. Bees caught within the trap will die after a few days, which is not beneficial to the ecosystem, and can also be dangerous. In addition, this type of trap might attract more aggressive bees, including killer bees. A pest management professional should be called if you suspect killer bees near your home. Special equipment might be necessary for moving swarms of bees or a colony of bees trapped between walls. Before making a trap for bees, consider the risks and make the right call.