Cutworms have a fairly alarming name—but don’t worry. They can’t actually harm you. But while cutworms are not dangerous to humans, they can cause damage to many different types of plants. Keep reading to learn more about what cutworms are, why they cause damage, and the cutworm life cycle. 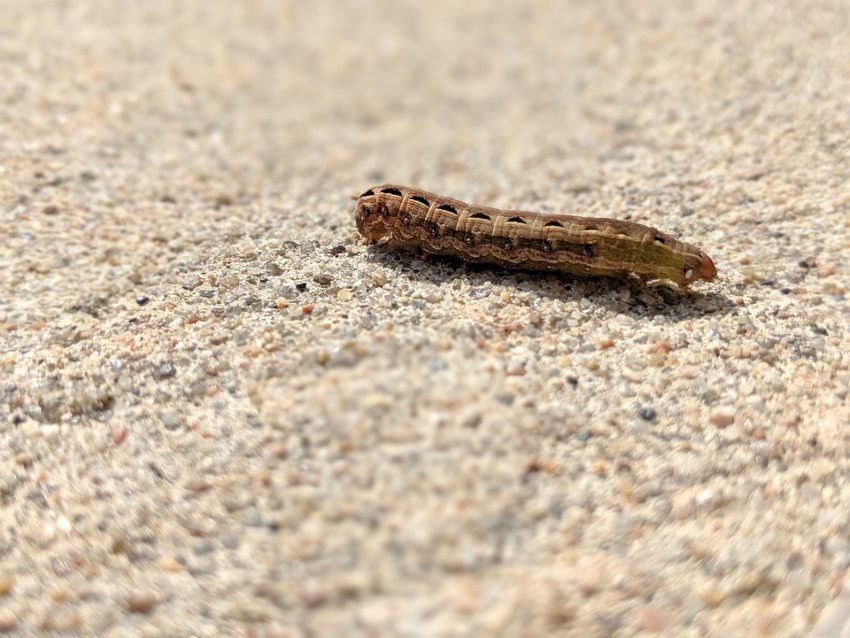 What exactly are cutworms and what damage can they cause?

Cutworms is a term used to describe several species of moth and focuses on the larva, “worm” stage. Adult cutworm moths usually have a wingspan of about one and a half inches, and will have dark brown or gray wings. As mentioned, cutworms cause damage to many different types of plants. This usually occurs in a few different ways:

Cutworm damage can be seen usually in areas with turf, and you may start to notice bare patches. In some severe instances, cutworms may eat almost an entire field. Cutworms will feed mostly at night, and during the day are found hiding in holes or near the surface of the soil. Cutworms usually only have one generation per year (though this can vary from species to species). Continue reading to learn about their life cycle and how they turn into fully formed moths.

Most species overwinter within soil either as unhatched eggs or as young larvae that have just hatched. After overwintering, eggs will then hatch in the springtime, or those that have already hatched will emerge as first instar cutworm larvae. In some areas with colder climates, adult cutworms may actually leave the area for the winter before returning.

After larvae emerge, they begin feeding. Cutworms will continually molt, growing larger with each molt. They’ll usually molt about six or seven times before reaching their full length. When disturbed, cutworms have a distinct behavior: they curl themselves up tightly and resemble the shape of t he letter C. The colors of cutworms can vary but generally they have smooth skin that looks wet or greasy in texture. Some cutworms, like the black cutworm, have light stripes on their dark bodies; others, such as the variegated cutworm has speckles across its body. Most species of cutworm are around one and a half to two inches in length when they are fully grown as larvae. Pupae

After cutworm larvae have fully grown, which usually happens sometime around June, they’ll then burrow back underground. Sometimes they’ll begin this burrowing before they’ve molted for the final time, in preparation for the pupal stage. In the space they’ve borrowed into, they’ll create a small pupal chamber and begin developing into adult moths. Cutworms pupate for a few weeks before emerging as their fully-formed adult moth counterparts in August and early September. It’s worth noting that this time frame can vary and in fact, there are some species of cutworm that spend their overwintering period during the pupal stage.

Once they’ve emerged from the pupae, they’ll stretch into their exoskeleton. They’ll begin to fly to find a mate and after mating, females will lay their eggs. Eggs are laid in a variety of locations based on species and where they live. These locations include: the tips of grass blades, on the stems of weeds, in loose debris, on the soil surface or right below the surface of the soil.

Cutworms aren’t the only pests that may damage plants. If you’re an avid gardener or like an indoor plant or two, chances are you’ve come across one pest or another that has tried to make a meal of your plants. Some other common plant pests include: