Types of Spider Webs and What They Mean

Spider webs are intricate marvels of engineering, beautiful and strong. And if you walk into one, you instantly become a karate master. In this moment, you really only want to know two things:  “IS IT ON ME?!” and “WHAT KIND OF SPIDER WAS THAT?!” 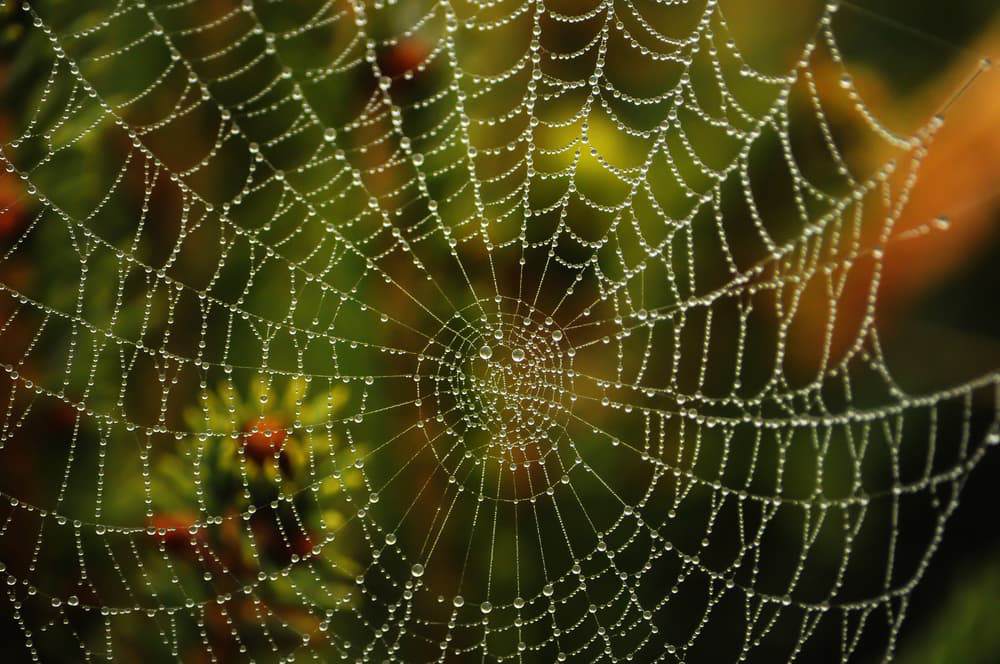 Unless you see the spider, which is unlikely, you won't be able to tell exactly who spun that web. However, if you got a look at the shape or design of the web before you destroyed it with your karate chops, you might be able to discern what family group it belonged to.

Contrary to Halloween decorations and other cartoon spider stereotypes, not all webs are round and used to catch prey. Some webs, such as those of the brown recluse, are small and used as a sort of nursery to house and protect eggs or young. Here are some of the different types of spiders according to the types of webs they weave.

(Araneidae) These sticky webs are the most familiar looking. They have spokes like a wheel, with a spiral design. Like most spiders, orb weavers are primarily found outdoors. Some orb-weavers’ webs include a structure that resembles a ladder, called a "stabilimentum," but its use is still up for debate. No one really knows except the spiders, and they're not talking.

(Uloboridae) If your first guess here was "a spider web shaped like a triangle," you're on the right track. If you think of the Araneid's web as a pizza, the Uloborid's web looks like a single slice; however, triangle spider webs are flat and built horizontally. These webs aren’t sticky; they're fuzzy. Triangle spiders don't dispense venom, so their webs are covered with tiny fibers that the spider uses to smother its prey.

(Agelenidae) Funnel web spiders use their webs as both a trap and a hideout, complete with a front entrance for prey and a back door in case the spider needs to make a quick exit. The web is large and flat, with a funnel at one end. The hobo spider is a member of the Agelenidae family.

(Theriidae) These guys are the pests who spin those super-sticky, messy webs in corners and along the tops of walls, especially in dark basements, garages and other storage areas. They are also known as "house spiders" and "comb-footed spiders." The black widow spider belongs to this family.

(Dictynidae) Think of mesh web spiders as the outdoor version of the cobweb spider. Their webs are a little more organized and less messy than cobwebs, and these spiders build them under leaves, in fields and vegetation and under rocks.

(Linyphiidae) The spiders in this family trap their prey in webs made of dense layers of silk. Webs may be flat, bowl-shaped or dome-shaped.

Unfortunately, webs aren't always reliable identification tools. While the presence of webs does indicate that spiders are hanging around your home, it doesn't necessarily mean that you're spider-free if you don't see webs. Many kinds of spiders, including brown recluse, wolf spiders and jumping spiders, are hunters and don't use webs to catch prey.