Can a dogs good sense of smell be used to help in the detection of pests? Read on the find out. 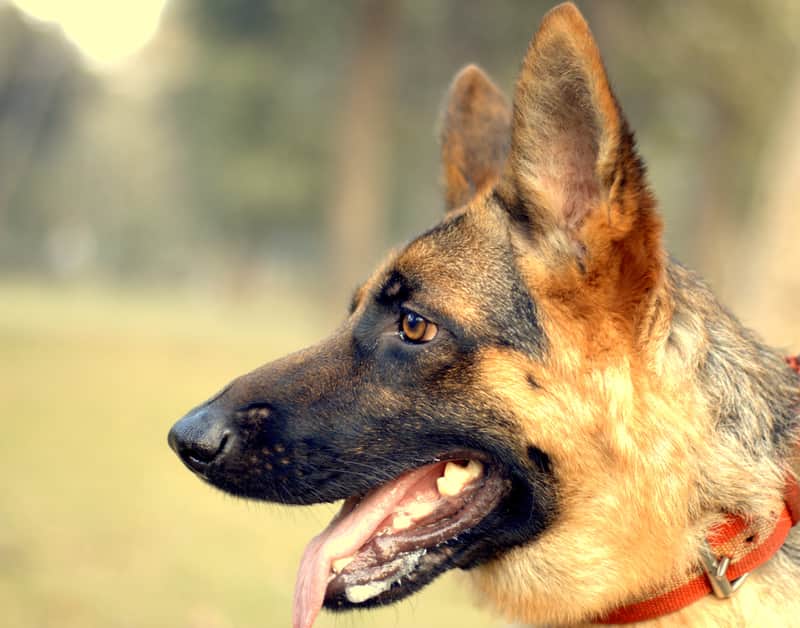 Bed bugs (Cimex lectularius) have become a common issue in some establishments where there are frequent incoming and outgoing visitors, such as hotels, dorms and schools. When bed bugs blood feed on victims, which is usually during nighttime hours, the result can be itchy bites that cause irritation. That irritation may result in issues such as sleeplessness and other signs of stress.

Pest management professionals should be consulted if an individual and/or organization suspects a bed bug infestation. In addition to visual inspection to investigate a potential infestation (like actual bed bugs, bed bug excrement and cast skins) passive and/or active monitoring devices (like bed bug interceptors) can be used to survey the area. Since small-scale bed bug infestations can be difficult to find as they are nocturnal and have many hiding places, dogs can go through training programs to detect evidence of bed bugs using their well-developed sense of smell.

Some studies have shown that some dogs can detect live bed bugs, pheromones produced by bed bugs and cast skins with 100 percent efficacy, though the efficacy is known to wear off over time (Vaidyanathan and Feldlaufer 2013). Other studies (e.g., Cooper et al. 2014) show greater variability in bed bug detection of dogs and the degree of these differences depends on environmental variability, degree/type of training and other factors.

A study was conducted in Florida where a German shepherd and five beagles were professionally trained to detect subterranean termites (Reticulitermes flavipes) (Brooks et al. 2003). The dogs were tested for their ability to distinguish between wood with an active termite infestation and wood that was previously damaged by termites, but with no active termite colonies.

Handlers also tested the dogs’ sense of smell for distinguishing between termites, carpenter ants and cockroaches. The same study showed that when greater than 40 termites were present, dogs were approximately 96 percent accurate in finding termite infestations. Dogs incorrectly alerted handlers to containers with no termites about 3 percent of the time. Dogs that could accurately find subterranean termites were also successful (89-100 percent accurate, depending on termite species) in finding other species of termites. In 25 percent of cases, dogs incorrectly identified live termites in wood that had been previously damaged by termites, but did not contain live termites (Brooks et al. 2003). Dogs alerted handlers to cockroaches and carpenter ants 7 percent and 3 percent of the time, respectively.

In some areas of Africa, the dry season lasts for several months. During these periods, populations of Anopheles mosquitoes decrease since they require permanent, open sources of water for laying eggs and developing larvae. When the rainy season returns, mosquito populations flourish once again.

Researchers wondered if they could find and target the restricted mosquito populations maintained in harborages during the dry season in order to limit their abundance during the rainy season (Sohn 2014). It is possible that mosquitoes go into a dormant state (called aestivation) or migrate to other areas during periods of drought (Dao et al. 2014). However, there are difficulties in finding “pockets” of mosquitoes during the dry season, hence these local populations are difficult to target for control using standard methods.

That is where Dana the German shepherd was able to offer assistance with her keen sense of smell. This canine was trained to sniff out vetiver oil (from a fragrant type of grass). Anopheles mosquitoes (genus that includes vectors of the malaria protozoan) were marked with vetiver oil and released so they could enter hiding places to wait out the dry season. Later, the dog was deployed and found several mosquito “hiding places” that could be targeted for control. Studies are still ongoing, as this research project was interrupted by political turmoil in the region (Sohn 2014).

The interactions between pests and humans are inevitable and pest management professionals are constantly developing innovative methods to help the public. As new tools become available for the battle against pests, more research is needed to evaluate and fine tune these methods to provide the most effective surveillance and targeted control as part of an integrated management approach.

Next > Drones Used in Mosquito Control