If you think fire ants are a nuisance, allow us to introduce you to crazy ants, specifically tawny crazy ants. In recent years, this species of ant has established itself in Texas and the Gulf states, in many cases supplanting fire ants. And beware: Tawny crazy ants show no signs of stopping. 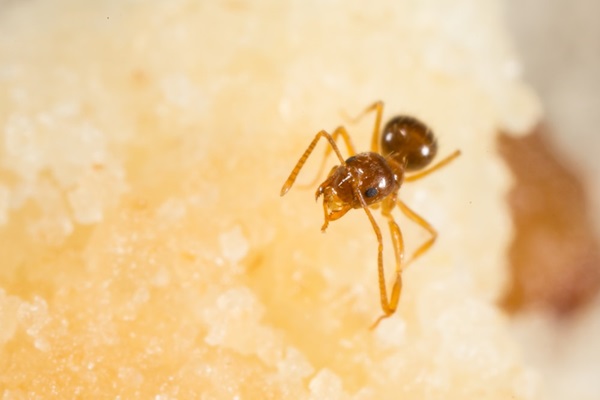 Here’s what you need to know about these aggressive arthropods:

Why Are They Called Crazy Ants?

Tawny crazy ants are considered "crazy ants" for their erratic trailing movements. They follow pheromone trails like other ants, however their movements appear erratic because they have very long legs and move quickly. They don't "march" in a neat line like other ants giving an overall erratic appearance.

These ant colonies have been known to develop huge colonies consisting of hundreds to thousands of workers and numerous queens. In fact, these ants are able to form colonies 100 times denser than other ants in a given habitat. Mix that with the high level of aggression that they have been known to show, and you can see how tawny crazy ants can be a problem.

Where Do Tawny Crazy Ants Come From?

This species of ant is native to northern Argentina and southern Brazil. While crazy ants have been found in the United States since 1938, tawny crazy ants were first introduced to the public in Texas in 2002. Since then, they've spread to Louisiana, Mississippi, Florida and Georgia and scientists believe they may be displacing some fire ants that had previously infested these areas.

Ironically, their proliferation can be attributed to humans. Tawny crazy ant reproductives are not known to fly and new colonies expand at a rate of about 200 meters per year. However, they infest materials, such as potted plants, cars and abandoned boxes, which are transported by humans.

Why Are Tawny Crazy Ants Thriving?

Tawny crazy ant numbers are ballooning and they are supplanting fire ants, their primary competitor, in many locations. This is largely thanks to a chemical these ants produce, which acts as an antidote to fire ant venom.

Tawny crazy ants rub this acidic substance over themselves to form a protective sheath, and they also spray the chemical at foes. As a result, tawny crazy ants have a major advantage against other ants, as well as a range of other insects.

Why Are Tawny Crazy Ants a Nuisance?

Tawny crazy ants are attracted to electrical wires and can do a lot of damage, swarming devices in such numbers that they can cause short circuits. Since they were detected in 2002, they have ruined computers, pumps at sewage pumping stations and caused fire alarms to go off.

Tawny crazy ants are also known for swarming any available opening to nest. Unlike other ants, they don't build centralized nests or mounds and don't emerge from the nest through a central opening. Tawny crazy ants can nest outdoors or indoors under a variety of objects like soil, flower pots, pavement, rocks or, as mentioned already, electrical devices.

How Can I Help Control a Tawny Crazy Ant Infestation?

You can probably identify a tawny crazy ant infestation by the density of the infestation. If you believe you have a tawny crazy ant problem, the best option is to contact a professional pest control service. Otherwise, you risk contending with a resilient insect capable of hiding in the most obscure nooks and crannies.