What has eight legs, jumps and dances The fuzzy little jumping spider, of course. 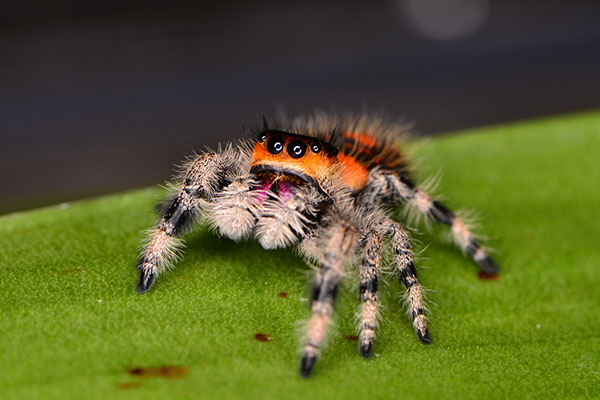 GET TO KNOW AN ADORABLE ARACHNID: MEET THE JUMPING SPIDER

Spiders in general get a bad reputation. But the jumping spider (family Salticidae) is pretty darn cute. That’s right. We totally described a spider as being “cute.” In addition to being easy on the eyes, jumping spiders are pretty interesting creatures, too.

Ready to learn some fun facts about these adorable little arachnids? We’ve got plenty for you.

But First, Are Jumping Spiders Dangerous?

Let’s go ahead and address the elephant in the room. You’re wondering whether jumping spiders are poisonous. Technically, yes. Jumping spiders are venomous spiders. They use their venom to paralyze their prey.

However, you needn’t worry about being bitten by one. Jumping spiders are pretty shy and will usually run — or jump — away when humans approach. Additionally, their venom is not dangerous to people because they can't deliver a large enough dose of it to be harmful.

Now on to your jumping spider trivia! 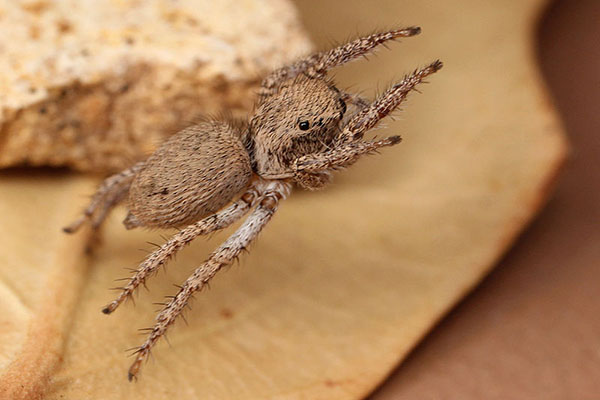 These little leapers earned their names. But they don’t just hop around because it’s fun. Jumping spiders use their legs to pounce on their prey, which is typically other insects.

Amazingly, jumping spiders don’t have special leg muscles, like grasshoppers, to help them leap. They propel themselves by suddenly changing the blood flow in their body. When a jumping spider wants to soar, it contracts special muscles to increase the flow of blood to its legs. This makes the legs fully extend and sends the spider flying — sometimes as far as 50 times the spider’s body length. Pretty cool, right?

Fun Fact No. 2: They're Excellent Dancers 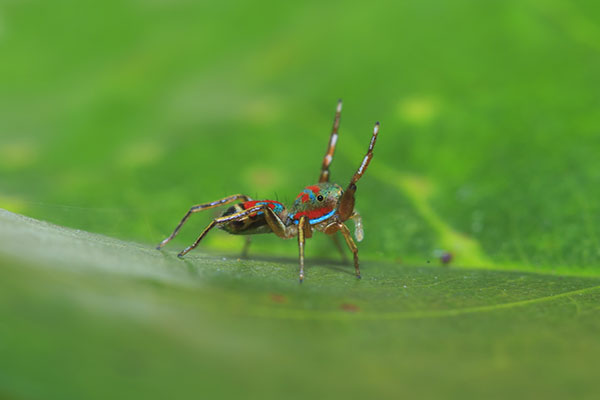 Wave your legs in the air like you just don't care.

Those are just the simpler dances, though. The peacock spider ups the dance factor by also wooing potential mates with a brightly colored fan-like extension that he waves around as he stomps and taps. 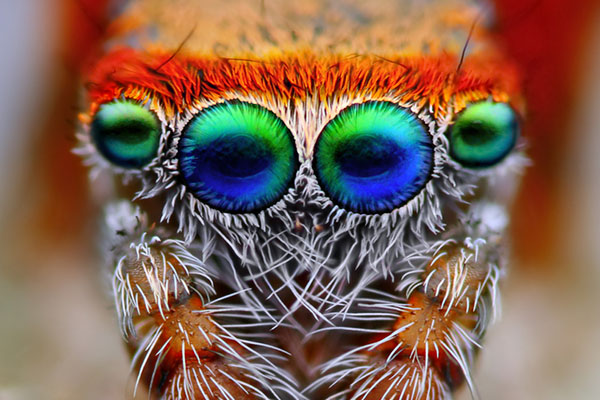 Who needs a web?

Unlike many spiders, the jumping spider doesn’t trap prey using a web. With its outstanding long-jump hunting abilities, why would it need to?

That doesn’t mean these furry cuties aren’t capable of making silk, though. Some jumping spiders will spin tiny tents or shelters to protect them from rain or nighttime predators. Additionally, whenever the spider takes a leap, it anchors itself using a string, just in case it misses its target.

Fun Fact No. 5: They Mimic Other Insects 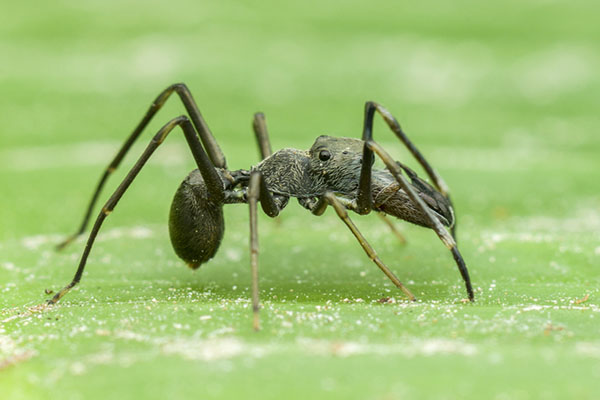 Myrmarachne melanocephala, also know as ant-mimicking spiders are a species of jumping spiders who are masters of disguise. These little leapers act like ants to fool predators and prey.

They’re longer than most jumping spiders, and have narrow false waists to make them appear more ant-like. These spiders will also take on the colors of different types of ants. In addition, they wave two of their legs around like antennae to better blend in. Pretty smart, huh?

Like we said, these fuzzy little guys are actually pretty cool once you get to know them. Many bugs are. So if you’re ready to leap into more interesting insect info, read up on the monarch butterfly and its amazing migration habits.