Insect Marvels: The Cicadas — Are Cicadas Coming in 2021?

Most insects develop at a rate hundreds of times faster than humans. One exception? The periodical cicada. 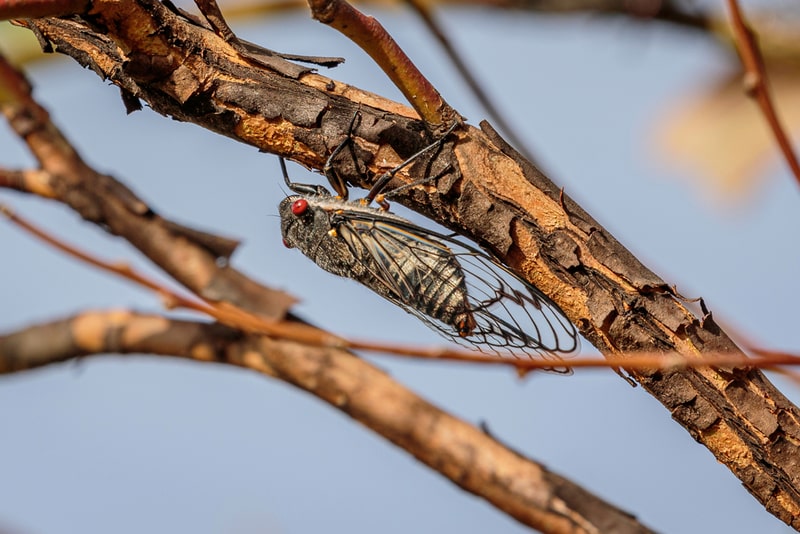 Much of the Eastern U.S. will get to experience the mass emergence of this insect this spring. It will be difficult to avoid noticing their arrival due to their size, population numbers and the loud serenading song produced by adult males. Entomologists are excitedly anticipating this event, but it is also a chance for the public to marvel and witness a rare entomological event, as well.

What Is a Cicada?

Cicadas are plant-feeding insects and, in the insect world, most closely related to aphids.

There are two general groups of cicadas: those that develop in one year, called annual cicadas, and those that take on average 13 to 17 years to complete their life cycles, or periodical cicadas. There are three species of periodical cicadas that will make up this year's emerging population, or Brood X. They are Magicicada septendecim, M. cassini and M. septendecula.

All are black in color, with orange veined wings and bulging red eyes. The adults will range in size from 0.75–1.25 inches in length. And each species will have differing orange markings on their bodies, which can be used to separate the species. The calls or songs of the males can also be useful in identification. Tips on identification based on visual appearance and sound can be found at: How to Identify the Species of a Periodical Cicada / "Locust" / Magicicada - YouTube.

When it comes to the periodical cicada life cycle, female cicadas will first lay their eggs in slits on the twigs of trees. The next stage, the nymph, emerges from the egg and falls to the ground where it will enter the soil for an underground developmental period of 17 years. While underground, the nymphal cicada will feed on tree roots, shed their outer skeletons (molt) and slowly mature. After 17 years and at the proper soil temperatures of 64 degrees Fahrenheit, the nymphs will emerge from the soil to molt one final time into the adult stage. Adult males use their song to attract females and mate. Although the immature stage lasts 17 years, the adult stage is much shorter lived. Mating and egg laying happens within a couple of weeks.

Not only is the developmental time for the periodical cicada long, but it is also synchronized, so emergence occurs around the same time. We call 2021's population Brood X, or the Great Eastern Brood.

As the name suggests, it encompasses one of the largest geographic ranges and concentrations of the 17-year cicadas. By some estimates, we could see millions of these insects emerging in our respective areas and at a rate of thousands per acre. Those who wish to get more involved in the event can download an app called Cicada Safari and help report and track the emergence. The app is free and encourages users to record their cicada sightings to help document the geographic range and emergence times. The app also provides tips on how to measure soil temperatures to predict the emergence. It is citizen science at its finest!

It is important to note that cicadas do not harm people, and damage to plants is considered minimal. Homeowners may wish to protect small trees using netting to cover the delicate plants. The significance of egg-laying damage to mature trees and shrubs is considered insignificant. Pesticides are generally not advised and considered ineffective in control.

Though Terminix® doesn't cover cicadas, we do treat for many other household pests that may be trying to get into your home this summer. Learn more about how we can help you and your home.

Looking for something else?
Get help finding the right solution