Termite Swarm Season: What Happens Next?

Though termites engage in a lot of visible activity during swarm season, they're hard at work on their colonies all year long. 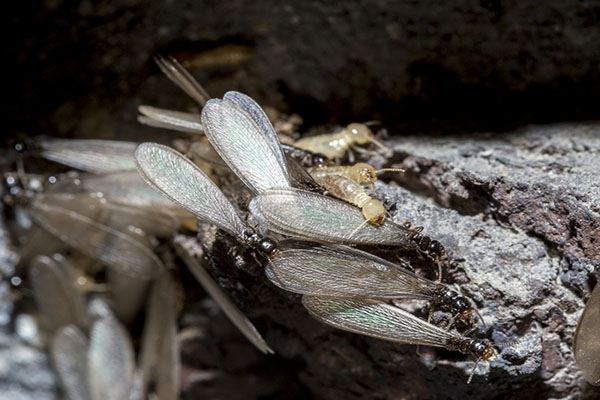 February through May is considered termite swarm season, a period of time during which termites leave their established, mature colonies in search of new areas to colonize. These months are typically characterized by warm, moist weather, which is favorable to termite swarmers.

Winged swarmers venture out and mate while looking for their next place to take up residence. A queen establishes herself during this process of colonization lays eggs in the new colony. The colony then grows and matures, and the cycle continues.

Though termites engage in a lot of visible activity during swarm season, they’re hard at work on their colonies all year long, potentially causing great damage to your home. So, keep termites in mind year-round, not just during the months of February through May.

Before and during swarm season (February through May)

A few months after swarm season

One to two years after swarm season

The queen can live up to 30-plus years and the colony can survive much longer as other queens take over when previous queens die. That’s why it’s imperative to stop termites from ever establishing themselves in your home. But, it all begins with swarm season. Learn the signs of a termite infestation and what you can do to nip the problem in the bud.