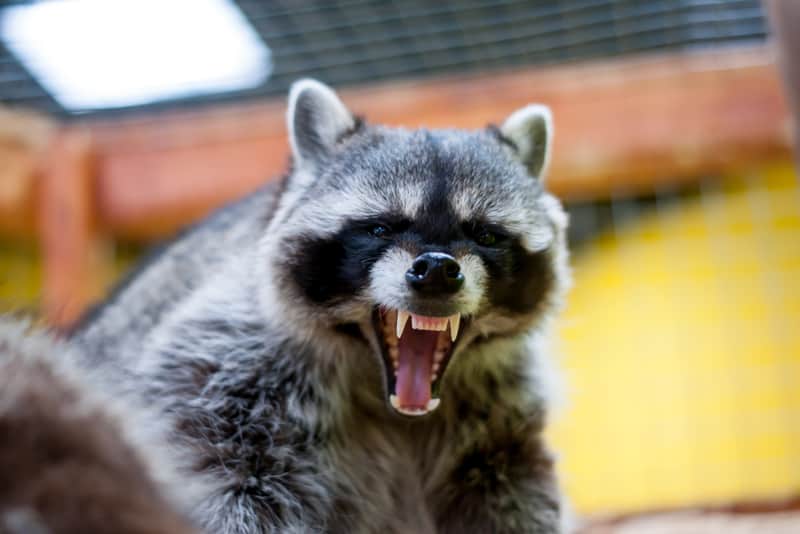 WHAT IS THE CAUSE OF RABIES?
Rabies is caused by the Rabies virus (RABV) that is usually transmitted to people through the bite (via saliva) of an infected animal. Globally, rabid wild dogs are the primary transmitter of RABV. However, in North America, infectious nuisance wildlife, such as raccoons, are the primary mode of transmission to humans. A combination of vaccination campaigns in domestic dogs and oral vaccination (with baits) of coyotes has significantly reduced the incidence of canine rabies in the United States.

WHAT ARE THE SYMPTOMS OF RABIES?
RABV impacts the central nervous system of mammals. Symptoms in animals range from reduction in inhibition, causing unusually friendly behavior, and/or aggressiveness to seizures, coma and death. How common are rabies virus infections in the United States?

In 2015, approximately 5,000 cases of rabies in animals were reported in the United States. In that same report from the Centers for Disease Control and Prevention, only 3 human rabies cases were reported.

HOW CAN I HELP PREVENT RACCOONS FROM COMING ON MY PROPERTY?
Pest control professionals and homeowners can monitor for signs of raccoon presence via tracks, excrement, visually observing raccoons walking on properties and garbage cans turned over, among other methods. Homeowners can help prevent raccoons from spending time on their properties by removing any sources of food outdoors while keeping trash cans tightly covered and secured. Nuisance wildlife, such as raccoons, can be excluded from entering buildings on properties by ensuring exterior vents, crawl spaces, chimneys and other potential entry points are securely sealed.