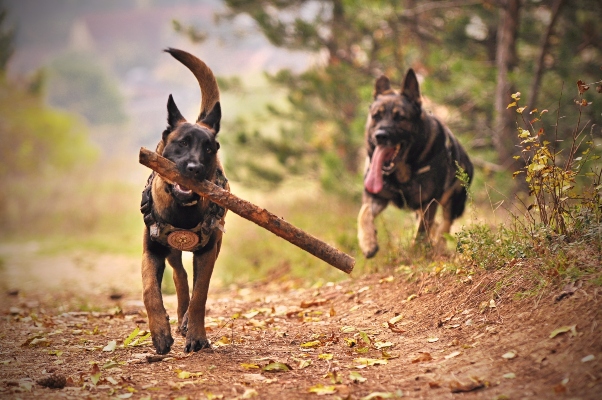 There are many misconceptions when it comes to earwigs. Some people believe they're poisonous while others believe they can crawl into your ears. It’s time to finally set the record straight — are earwigs dangerous, and are they a cause for concern? Here’s everything to know about earwigs.

Are Earwigs Harmful?
Earwigs have forcep-like pincers at one end of their abdomen, called cerci. They appear curved on males yet straight on females. These pincers can give earwigs a menacing look. So are earwigs harmful? Sure, these insects will use their cerci to attack and defend — but only if you’re another insect. In some species, cerci are also used in the mating process. Thus, earwigs are not necessarily harmful to humans.

While they pose no real threat to homeowners, European earwigs can be harmful to homes and gardens. This species is fond of seedling plants and soft fruit — specifically sweet corn. According to the University of California, damage may appear similar to that of a caterpillar. Think irregular holes on leaves and shallow grooves on fruits. In gardens with corn, you may notice underdeveloped kernels. Earwigs can also cause damage to some flowers. This includes dahlias, roses and marigolds.

Do Earwigs Crawl Into Your Ears?
It’s not so much a question of can earwigs hurt you as it is will they do so. Earwigs can pinch a human, but they typically won’t even go near humans. When discovered in a home or garden, these insects are much more likely to flee than to stick around to pinch. This leaves many people to wonder — do earwigs go in your ears? This common misconception is simply folklore. According to Penn State College of Agricultural Sciences, many people believed that earwigs could climb into the ears of sleeping humans and lay their eggs on the human brains. And, unfortunately, many people still believe this to be true, thanks to their misleading name.

Are Earwigs Poisonous?
There are two other questions commonly asked about earwigs that should be addressed: Can earwigs kill you, and are earwigs poisonous? The answer to both is no. When some species of earwigs are threatened or discovered, they can emit a foul stench. They do so by releasing a stinky liquid from their abdomens. This is likely the source of the misconception about their toxicity. Nobody wants to be around a smelly bug, but earwigs — regardless of their stench — are not toxic to people or pets.