Simple Ways To Identify a Mosquito

What does a mosquito look like? Mosquito identification is the key first step to recognizing a potential infestation. Learn tips to I.D. your pest here. 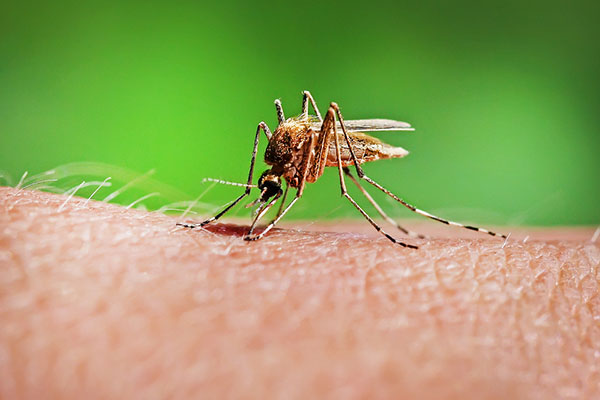 If you are outside during the spring or summer months, chances are you’ll come across at least one mosquito. But what does a mosquito look like?

Mosquitoes aren't the only flying, biting pests buzzing around your outdoor fun, and this means that mosquito identification can be hard. Knowing what mosquitoes look like versus other types of summer pests will help you figure out what bit you.

Here are the basics of mosquito identification to get you started.

Because they are in the same family as the fly, mosquitoes have two wings. They also have hair-like scales that cover their bodies and a long proboscis. The proboscis is made up of mouthparts that allow the mosquito to suck up fluids.

Mosquitoes can vary in color depending on the species. Some, like the northern house mosquito, are a pale brown with whitish bands on their abdomens. Yellow fever mosquitoes, on the other hand, have bright whitish-markings down their legs. Asian tiger mosquitoes are black with white stripes across both its body and legs.

These three, plus the southern house mosquito, are the four most common types found in the United States.

How big are mosquitoes?

Most species of mosquitoes range in size from one-fourth to one-half of an inch in the adult forms. While people sometimes swear they have seen giant mosquitoes, most likely these were similar-looking insects such as the crane fly.

There are several other types of insects often mistaken for mosquitoes. These include the crane fly – sometimes called a mosquito hawk – mayflies and midges. Crane flies do not bite, and are larger than a mosquito. They are attracted to light and are sometimes mistaken for giant mosquitoes. Mayflies also breed in and near water, like mosquitoes, but they do not bite. Midges, including some species of gnat, are most often confused with mosquitoes when people see them in a swarm.

If it is a mosquito, how much blood is it taking?

A common misconception is that mosquitoes take massive amounts of blood from those they bite. A female mosquito typically draws between 1 and 4 milliliters of blood. This is four times her bodyweight, but is mere drops compared to the 5 million milliliters of blood the average adult human has. Only female mosquitoes require blood meals, the males drink nectar and plant fluids.

Now that you know some mosquito identification basics, keep an eye out for these pests around your home. If you are seeing large numbers of mosquitoes, consider calling in a pest control professional to help you clear the air and keep your family safe.