What do mosquitoes eat You might be surprised to learn that blood is only a part of their diet. 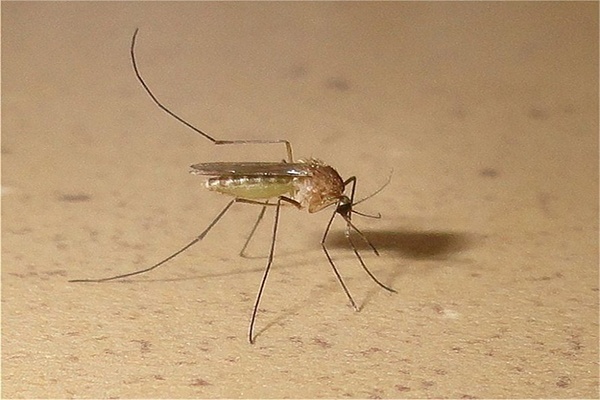 have earned a reputation for being blood-suckers or ectoparasites (i.e., insects that visit hosts and attach themselves to the hosts' bodies to feed), but these insects are no vampires. You may be surprised to learn that mosquitoes are primarily vegetarians, and they only occasionally indulge in carnivorous cravings. To understand why we need to know precisely what mosquitoes eat and how their diets change as they mature.

The beginning of the mosquito food pyramid

All mosquitoes begin life as larvae hatched from eggs laid either on the surface of or near a body of water. These baby mosquitoes thrive just under the water’s surface and feed on algae, which form the foundation of the mosquito’s food pyramid.

Once they leave the larval stage through molts — phases in which they shed their skins — mosquitoes become pupae. Mosquito pupae do not feed at all. Instead, all of their fuel for this stage of life must be acquired during the larval stage.

Eventually, the pupae rise to the water’s surface, sprout wings and become the adult mosquitoes with which we're all familiar. Here the mosquito’s food pyramid broadens rather than narrows. Why? It all comes down to the difference between male and female mosquitoes.

Why only female mosquitoes drink blood

Adult mosquitoes are either male or female. Like butterflies, bees and many other insects, all male and female mosquitoes have a nutritional need for sugar, which can be supplied by the nectar of flowering plants.

However, once they reach adulthood, female mosquitoes are ready to breed and lay eggs. To do this, they require protein and lipids—both of which are found in the blood of other animals. Meanwhile, male mosquitoes simply still need the sugar meals.

Do mosquitoes drink blood from animals other than humans?

A female mosquito ready to lay eggs doesn't need to feed exclusively on human blood. Birds, like crows, jays, robins and sparrows, must also fend off biting mosquitoes. The same goes for waterfowl, such as ducks, geese and herons.

Outside of the bird kingdom, small mammals such as raccoons have a place on the mosquito’s food pyramid, as do some snakes, lizards, frogs and fish.

So why do mosquitoes drink human blood at all?

While some mosquito species, like the tiger mosquito, do prefer to drink human blood, the real reason mosquitoes bite humans is because they often present the most attractive target when their preferred food source is in short supply.

Mosquitoes are alerted to the presence of a nearby food source by a number of factors, including movement, smell, the source’s carbon dioxide (CO2) emissions and much more. The average human being exhales more CO2 than, say, a squirrel, and makes a bigger blip on the hungry female mosquito’s radar and an easier overall target. The human body also features odor-producing chemicals that, while unpleasant or undetectable to us, make the female mosquito’s mouth water.

Are human beings a mosquito delicacy? Maybe so. But many of us know firsthand that our position at the top of the mosquito food pyramid doesn't mean we rarely get bitten. Mosquitoes begin breeding mere days after achieving maturity, and female mosquitoes can live for more than one month and lay thousands of eggs.

So although that cloud of mosquitoes may not bother you now, the mating that swarm could represent doesn’t bode well. Aggressive and opportunistic, a mosquito out for blood won't hesitate to feed on whatever — or whoever — it can.

Keep up with the latest news and offerings