Don't stomp that roach just yet. Scientists are looking at how these pests can help humanity. 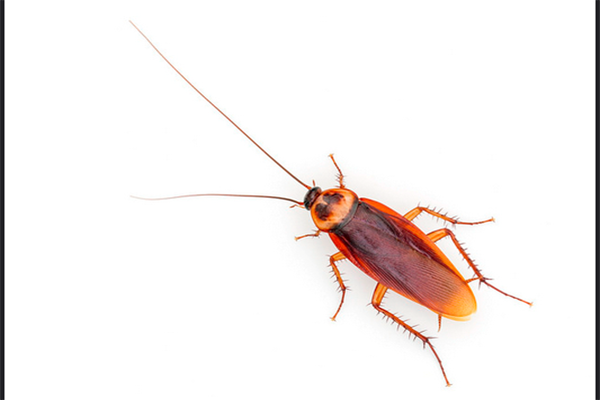 If your first thought when something scurries across the floor is, “How to get rid of cockroaches?” — You aren’t alone. However, scientists have turned their focus away from how to kill cockroaches and are, instead, looking at how these pests can help humanity. Across the world, researchers are using roaches to develop new technology, medical treatments, and even renewable food sources.

A Species of Note

While there are many different cockroach species, it is the American cockroach, Periplaneta americana, that is being used for research. German cockroaches, Blattella germanica, are too small — adults are about a half-inch long — and the Madagascar hissing cockroach, Gromphadorhina portentosa, is much larger, but not as useful for research.

American cockroaches are 1.5–2 inches long (except when they are baby cockroaches, which are smaller). While they are technically flying cockroaches, they are clumsy fliers and prefer to crawl.

The Robot Modeled After Roaches’ Flexibility

It’s a myth that cockroaches could survive a nuclear apocalypse, but they are remarkably resilient. Roaches’ ability to resist crushing forces while navigating tight spaces is the inspiration behind the “compressible robot with articulated mechanisms” (CRAM), which is being developed to help with disaster recovery efforts.

Scientists at the University of California, Berkeley, studied how American cockroaches maneuver. What they discovered was that roaches — even while moving through tight cracks — were able to withstand a force up to 900 times their body weight without sustaining injury. They can also compress from one-half of an inch tall down to just one-tenth of an inch. (That’s equivalent to two stacked pennies!)

Cockroaches are able to move while compressed because their tibia has sensory spines that propel them forward, while their legs are splayed out to fit through the obstacles in their way. Scientists also know the secret to their adaptable height. Their exoskeleton is made of hard plates that shift and bend. Held together by elastic membranes, the plates overlap when the roach needs to compress.

CRAM is a palm-sized robot that mimics these abilities. The robot is covered in a plastic shell that mirrors the roaches’ exoskeletons and can compress to half its height.

Scientists report positive laboratory results and hope to begin field-testing the robots soon. Once perfected, CRAM would be able to enter disaster areas and find survivors, while also giving emergency personnel information on the stability and condition of the buildings and affected areas.

While the UC Berkeley team made a complete robot, researchers at North Carolina State University are perfecting roach biobots. The roaches have special electronic backpacks attached to them, which allows researchers to control their movements. Each is equipped with small microphones that pick up sounds — enabling them to help find survivors and triangulate their position.

To keep the cyborg roaches inside the desired search area, the researchers have developed an “invisible fence” system. While more testing is needed, the biobots have already been used to successfully map a disaster area.

Cockroaches are Behind Nanotechnology Breakthroughs

Cockroaches are also at the cutting edge of nanotechnology. Working with Israeli researchers, a group of Harvard University scientists have installed DNA-based nanobots into live cockroaches. The nanobots are able to carry out simple programs right now, but in the future, they should be able to diagnose and treat diseases.

They are tagged with fluorescent markers, allowing the researchers to track where in the roach’s body the nanobots are. They can also interact with each other and “unfold” to deliver drugs stored within them. Essentially, the DNA nanobots work like a tiny computer, carrying out the programmed function.

The nanobots are not yet able to be used in mammals due to their stronger immune system. Right now, the nanobots would be destroyed as a foreign particle. However, the scientists behind the project are confident that with some modifications, their technology will be able to work in humans.

In China, there are more than 100 cockroach farms, each with millions of roaches overflowing inside environments created to allow them to grow and multiply. American cockroaches are preferred, as they are bigger and reproduce quickly.

Farmers get into the insect industry by buying cockroach eggs and repurposing chicken coops or warehouses. The roaches are fed table scraps from restaurants and are sold for a variety of uses.

Dried, powdered cockroaches are used extensively in traditional Chinese medicine as a cure-all for various diseases. Pharmaceutical companies in China and South Korea are researching them as a potential treatment for hair loss, cancer and AIDS.

China’s cockroaches are also sold as livestock and fish feed, while others wind up in the hands of cosmetic companies. The protein and cellulose-like properties of cockroach exoskeletons are used in manufacturing cosmetics.

In addition to being eaten by animals, people around the world eat cockroaches as a delicacy — although that trend has yet to catch on in the United States.

Fascinating though these facts may be, you still don’t want to find any of the types of cockroaches in your home. If you think you may have a roach infestation, go online today for a FREE Pest Estimate.