Welcome to the Weekly Buzz, a roundup of the most interesting bug and pest stories that you may have missed. This week we've got an Olympian who plans to outrun Zika, spiders on a plane, a helpful wasp and much more. 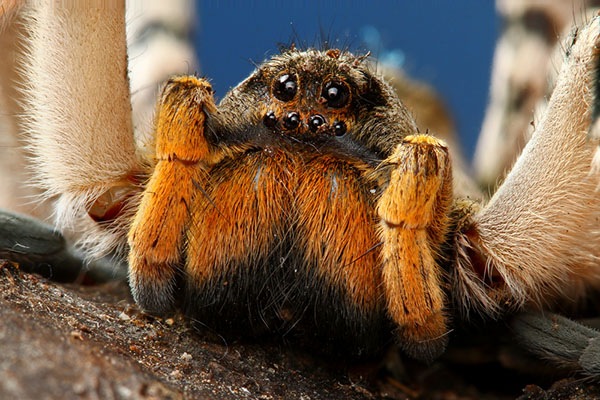 Orange You Glad About Wasps?

Next time you have a glass of orange juice, you may want to thank a wasp. A type of tiny wasp may be able to help farmers battling citrus greening, a disease that has ravaged millions of acres of citrus crops. Very small insects called Asian citrus psyllids spread the disease, which they carry in their guts. But a wasp from Pakistan only has eyes for the Asian citrus psyllid or, rather, it only lays its eggs inside the Asian citrus psyllid. When the eggs hatch, the baby wasps kill their former host. (NPR)

Your flight was delayed. You’re crammed in the middle seat. A baby just started crying. You’ve got it pretty good — at least compared to passengers on a recent flight to Montreal, who were terrified to find two tarantulas crawling freely about the cabin. (Imagine fighting for the armrest with one of those.) One of the tarantulas was captured by passengers, but the other had to be caught by federal agents when the plane landed. (Gephardt Daily)

Many athletes heading to the games in Rio de Janeiro this summer have voiced concerns about possibly catching the Zika virus, but one isn’t too worried about being caught. Sprinter Usain Bolt, perhaps the fastest man in the world, joked recently that he’s too fast for mosquitoes to catch him. He’s probably right – it’s estimated his top speed is around 30 miles per hour. (Complex)

Dr. Anthony Fauci of the National Institute of Allergy and Infectious Diseases said recently that researchers “fully expect” Zika virus to be transmitted by mosquitoes in the U.S. as mosquito season ramps up. There have been hundreds of confirmed cases of Zika in the U.S. already, but Fauci said they were all travel related. Fauci advocated “forceful preparation” to keep any possible outbreaks contained. (ABC News)