Nothing But Nets Interview for World Mosquito Day 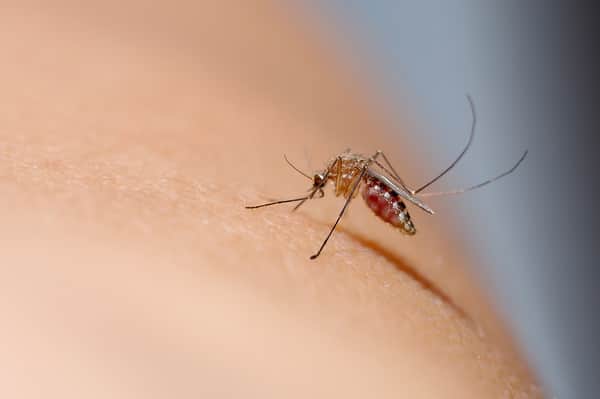 Terminix: What is the mission of Nothing But Nets and its role in fighting malaria?

Terminix: What is malaria, and what are some common misconceptions of the disease?

Nothing But Nets: Malaria is a medically preventable and trea table disease that is transmitted by Anopheline mosquitoes. These mosquitoes primarily bite at night and carry the life-threatening disease caused by the blood parasite Plasmodium. In 2015, there were 212 million new cases of malaria worldwide and 429,000 deaths, 70 percent of whom were children under five. A child still dies every two minutes from malaria.

Terminix: How do es a net help with Nothing But Nets’ efforts to fight malaria?

Nothing But Nets: These life-saving nets create a physical barrier between families and malaria-carrying mosquito es so that they can sleep safely without the threat of contracting malaria. The nets are treated with insecticide that kills the mosquito and prevents them from transmitting the disease to other peopl e. The nets that we send are long-lasting, cost-effective, and easy to transport. Each net lasts up to three years and can safely protect two adults.

Terminix: What regions are threatened by malaria?

Nothing But Nets: More than half of the world’s population lives in an area threatened by malaria, but the global malaria burden remains heavily concent rated in Africa where an estimated 80 percent of malaria cases and 78 percent of deaths from malaria occur. Nearly 300 million people in sub-Saharan Africa still lack access to an insecticide-treated bed net. Other regions of the world are also greatly impacted by malaria, including South America, Mexico, Asia and some of the Pacific Islands.

Terminix: What threat does mala ria pose in the United States?

Nothing But Nets: In the U.S., outbreaks of malaria are rare. Travelers who return with the disease can possibly infect local mosquitoes. The mosquitoe s can then spread it to other people. In rare cases, infected mosquitoes can enter the U.S. via airplane holds and could transmit the disease through biting. Most people in the U.S. contract it while visiting other parts of the world where malaria is endemic.

Terminix: How can we take action to help fight malaria on World Mosquito Day?

Nothing But Nets: Wi th a $10 donation to Nothing But Nets, you can contribute a life-saving bed net, educate the recipient on its proper use and provide additional comprehensive malaria prevention, treatment and advocacy programs.

Bed nets are a simple, cost-effective solution that can help keep families safe from malaria.

Join Nothing But Nets and Terminix today on World Mosquito Day to help raise aw areness about malaria and use your voice to be an advocate in the fight to end malaria for good.