Keeping Control in the Fall: How to Help Get Rid of Boxelder Bugs

Just like many fall pests, the transition between summer and fall can bring a large number of boxelder bugs into homes. During the summer, these pests primarily infest maple trees and boxelder trees, hence their name. But once the weather cools down, heated homes and buildings draw these pests indoors. 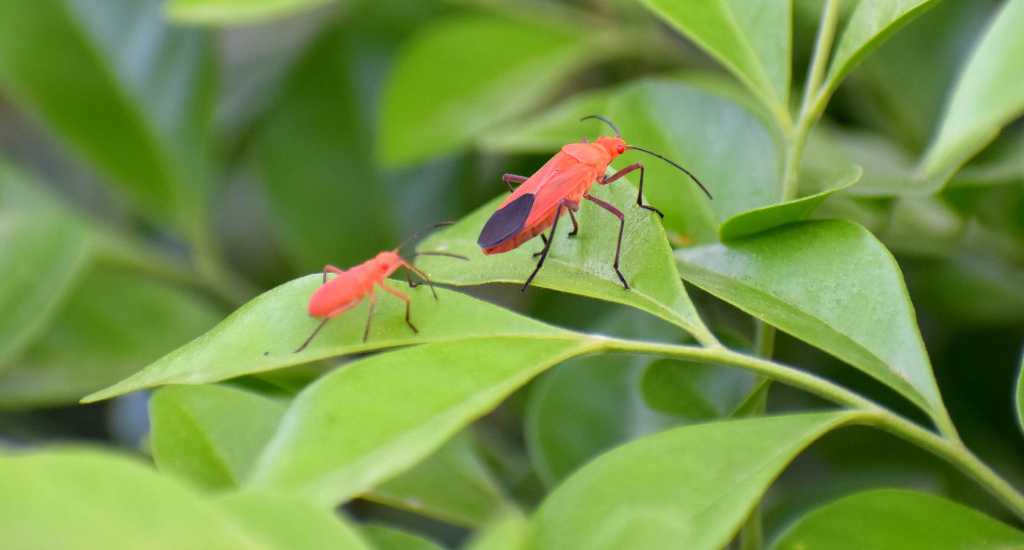 Spotting an infestation is the first step toward getting rid of boxelder bugs. Adult boxelder bugs can grow to be half of an inch long and their black, oval-shaped bodies have three reddish-orange stripes that run the length of their back. According to the National Pesticide Information Center, boxelder bugs “do not sting or transmit disease, and are generally not known to bite,” though these pests can leave behind unsightly stains during an infestation and emit a pungent odor when killed.

As these pests can become a huge nuisance in your home during the fall and winter, it’s essential to know how to help get rid of boxelder bugs when they infest your home.

How to Help Get Rid of Boxelder Bugs

1. Seal Up Your Home

Boxelder bugs can sneak inside through torn window screens, cracked foundations, as well as through your home’s roof and soffit vents. If you notice an increase of boxelder bugs in your home, check your soffit vent screens for any rips or tears on the surface. If openings are present, consider calling a professional home repair service to fix or replace the screens.

2. Vacuum infested areas inside the house

The best way to avoid smashing these pests and exposing your home to their acrid odor is by using a vacuum wand to pick up any wandering boxelder bugs. Then, dispose of the vacuum bag immediately in an outdoor garbage can.

3. Enlist the help of a professional

Certain treatments can be used to help remove a boxelder bug infestation from your home, but these methods should only be implemented by a pest control professional. These treatments will typically involve an inspection and targeted applications in the infested areas of your home’s exterior and interior and will often include a follow-up service to ensure the reduction of boxelder bugs.

However you choose to remove boxelder bugs from your home, we recommend keeping a close eye on all previously-infested areas for any remaining boxelder bugs and their corpses. Other pests, like carpet beetles, are known to feed on boxelder bug corpses if not promptly contained. Contact Terminix today to help get rid of any boxelder bugs infesting your property.