Announcing the 2017 Pest of the Year: Bed Bugs

Every December, trendsetters crown the color, song and word of the year. Today, Terminix® released its first-ever Entomologists’ Almanac, unveiling the 2017 Pest of the Year. In addition, the Almanac shares the top pests on social media and the 17 “pest-iest” states of 2017.

Bed Bugs Take the Crown as Pest of the Year

There was no question—2017 was the year of the bed bug. Terminix research indicates bed bugs garnered the highest online search volume of any pest this year. Americans searched for information about bed bugs more than 7.3 million times during 2017.

Bed bugs were followed by scorpions, spiders and silverfish at the top of the list, demonstrating their massive infestation of Americans’ collective curiosity. 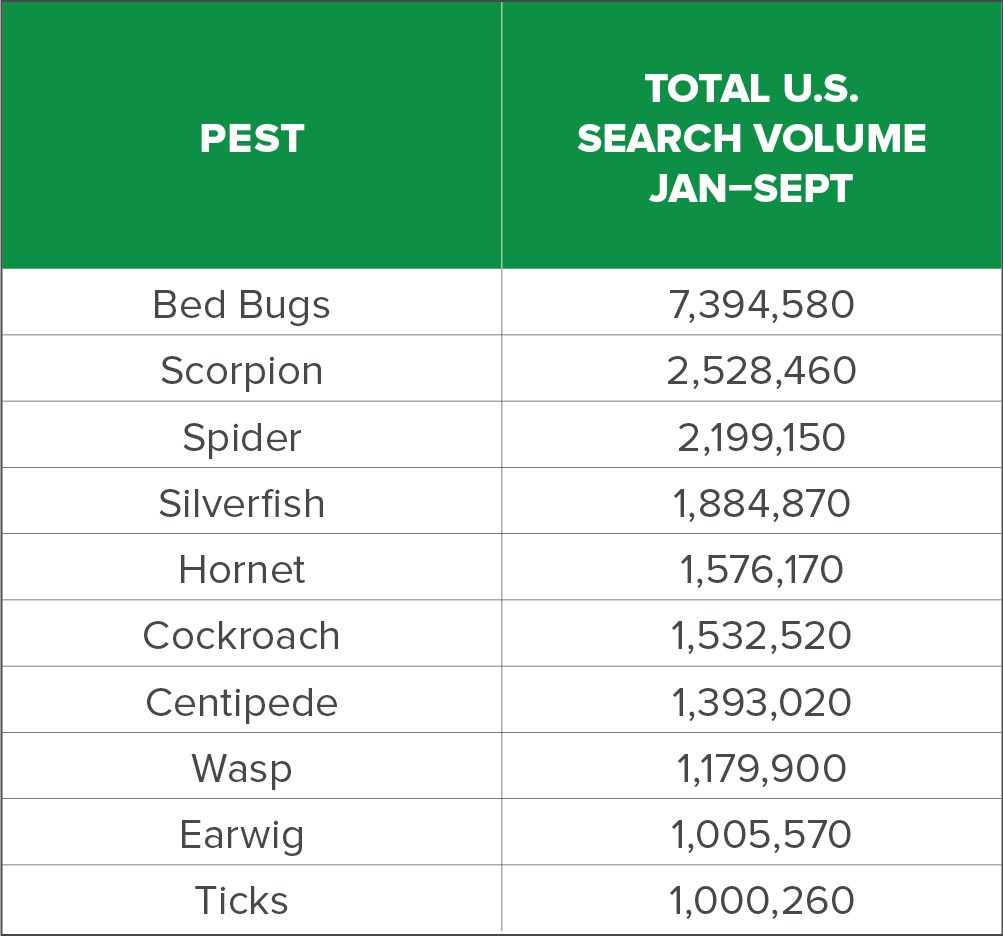 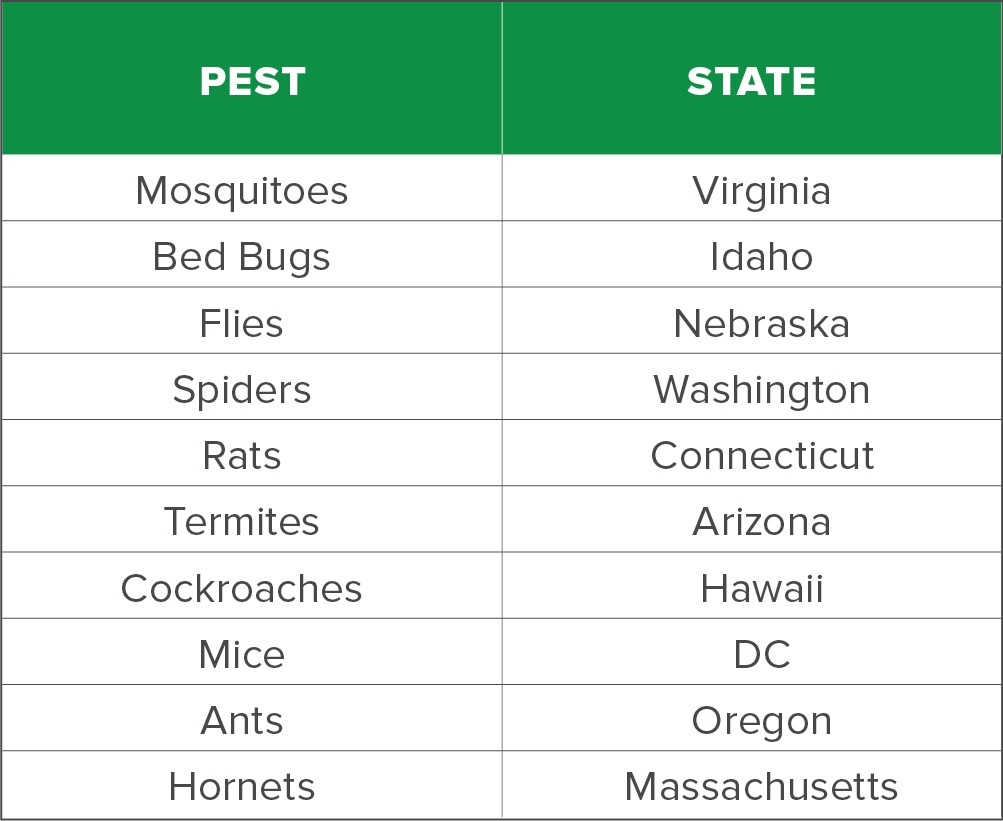 The Entomologists’ Almanac also named the top 17 pest-iest states of 2017, determined by analyzing per capita social media chatter about common pests in all 50 states. Among millions of posts analyzed, the highest rates of pest posts were concentrated in the District of Columbia, Texas and New York—but even states with cooler climates, such as Alaska, made their voices heard about pests that creep, buzz and crawl. 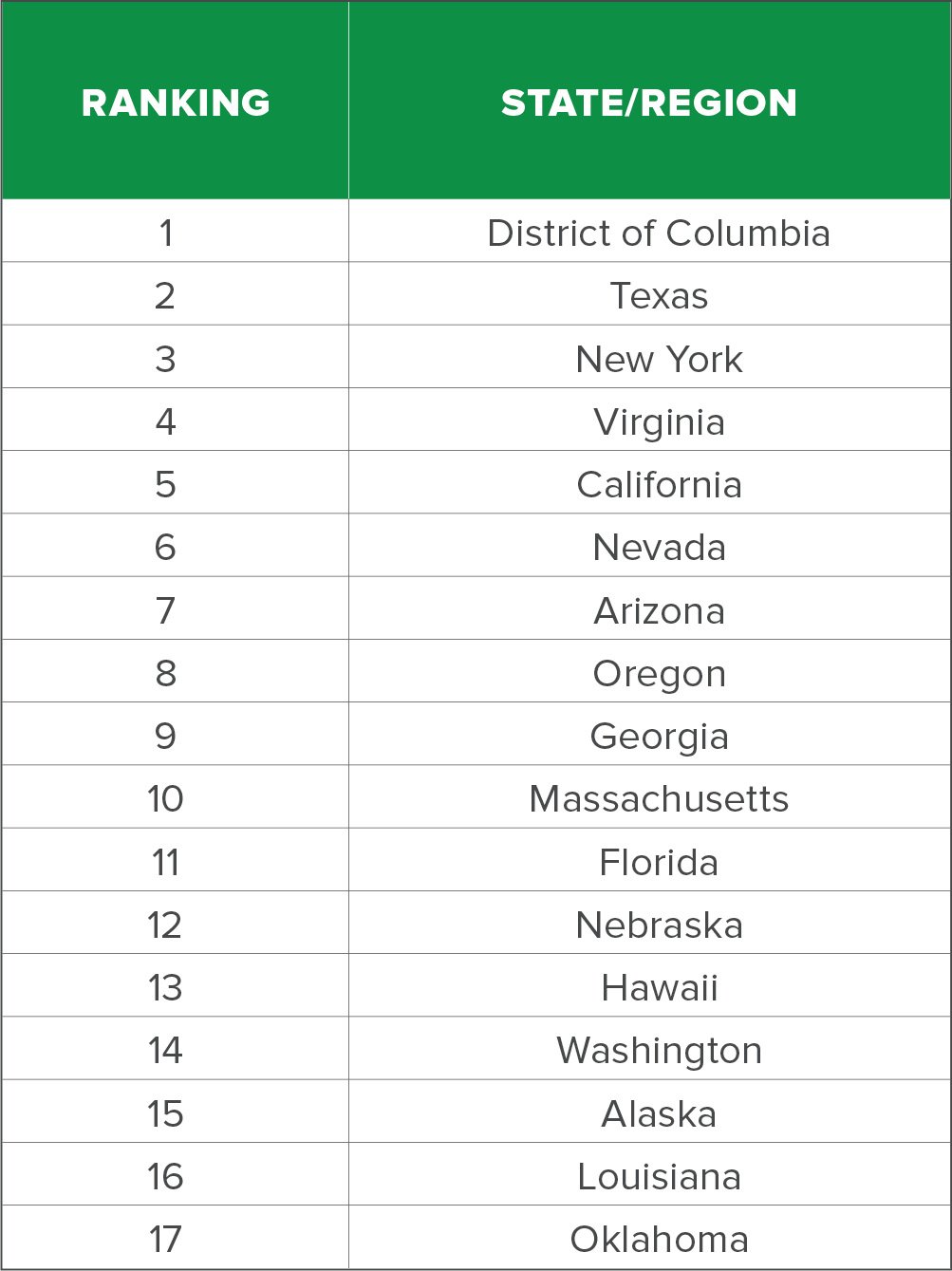