We have all observed the flickering firefly lights on warm summer nights. Have you ever wondered why and/or how fireflies glow? 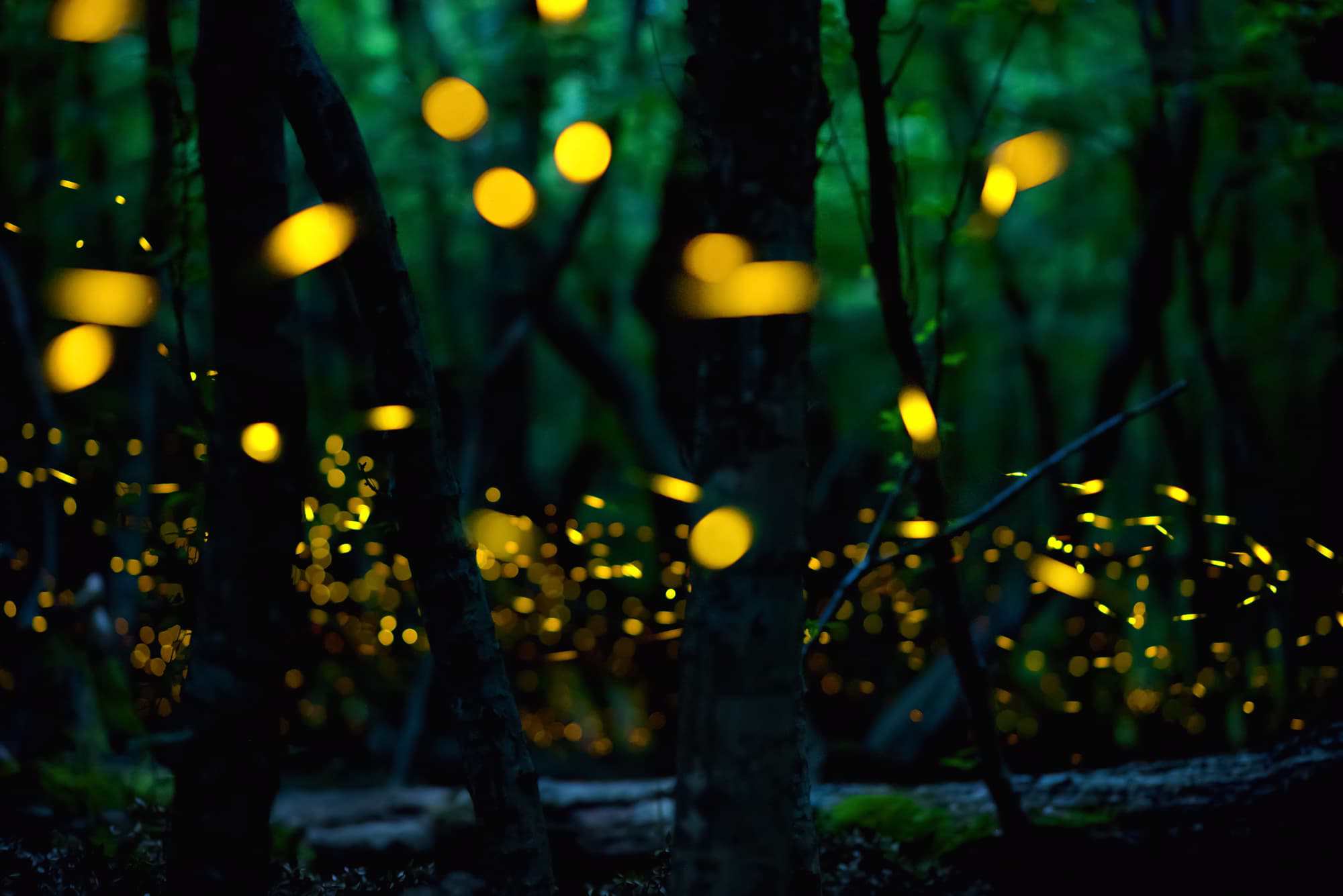 Fireflies are actually not flies at all…they are beetles . They are sometimes referred to as lightning bugs and use their firefly lights as a form of visual communication. Their flashing activity may be deterred in brightly lit areas.

Fireflies can live in soil as larvae for several years, depending on environmental conditions. Larvae feed on worms, slugs and snails, while adults feed on nectar or do not feed at all. Once fireflies emerge as adults from the pupal stage, the adults live up to two months, depending on the species.

Fireflies carry out bioluminescence via light-generating organs called lanterns. The biochemical reaction that causes this emission of light involves several components, including the substrate luciferin, the enzyme luciferase, calcium, adenosine triphosphate (the molecule involved in energy transfer) and oxygen. Due to the bioluminescent properties of luciferin, synthetic versions have been created and are widely used by scientists in molecular biology applications that involve reporter molecules (e.g., from investigations of infectious diseases to cancer research).

Why do fireflies light up?

Firefly eggs, larvae, pupae and adults can emit light. It is thought that fireflies emit patterns of light to warn other fireflies of danger, mate with other fireflies or deter predators. There are more than 2,000 species of fireflies worldwide. Firefly females lay eggs in soil, and larvae are also bioluminescent. In the case of larvae, bioluminescent properties are used to warn predators as compounds in the body may be distasteful. Adult fireflies generally feed on plant nectar, although some are carnivorous, and some may not eat at all during their short life spans. Some species (Photuris species) of fireflies pretend to be a female firefly by emitting the flash pattern of a female, only to then eat the male firefly that answers the call. Different species of fireflies come out at different times of night. For most species, males are winged and females are wingless, but this is not always the case, as some tropical species show the opposite trend.

Female fireflies can choose to respond (or not) to the flashing call of a male firefly based on the “quality” of the flash. Some females prefer a faster flashing rate, while others prefer flashes of longer duration and this may have some correlation to the male’s fitness. In most species, the male provides the female a “nuptial gift” that may influence the female’s selection of a male for mating. Nuptial gifts contain nourishment that will help the female develop her eggs and a spermatophore that contains sperm. In many species, a female firefly that has mated more than once and received multiple nuptial gifts lays a greater number of eggs and has a higher survival rate.

In the Great Smoky Mountains National Park, there are several species of fireflies that emit different patterns of light. One species (Phausis reticulata) does not have a flashing light, but glows blue or green for up to 40 seconds at a time. The winged male Photinus brimleyi firefly flashes yellow light for 10-second periods and is answered by wingless female fireflies of the same species that emit single flashes. T here is a phenomenon called a synchronous firefly display (thousands of fireflies) that takes place in early June by Photinus carolinus where up to eight flashes of yellow light are emitted, followed by up to 10 seconds of darkness.

Is it okay to catch and release fireflies?

Fireflies are fascinating insects, so it makes sense that the general public and/or budding entomologists may want to take a closer look at them in a jar or other container. This is okay, as long as the fireflies are captured carefully so the insects are not injured. It is recommended that fireflies are caught and released back into their habitats the same night, in order to ensure their survival.