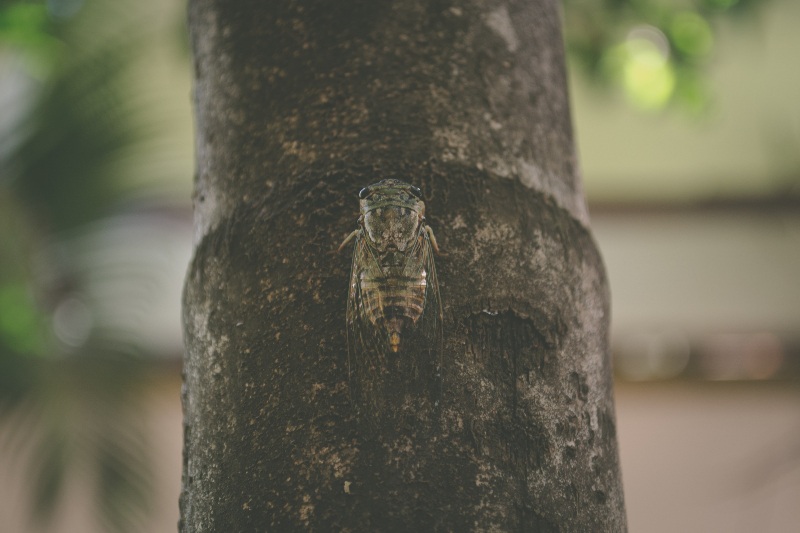 What exactly are cicadas?

Cicadas are insects, grouped into the family Cicadidae for their sound-producing abilities and certain shared characteristics. Cicadas belong to the Homoptera order, along with leafhoppers, aphids, and whiteflies. Though one species of cicadas are sometimes referred to as the 17-year locust (more in the types section below), this is a misnomer as cicadas are not, in fact, locusts.

When it comes to identifying cicadas, there are a few key physical characteristics:

Cicada nymphs are smaller and do not have wings like adult cicadas. This may cause some people to think they resemble beetles. In fact, according to the University of Minnesota Extension, nymph cicadas have been described as “beetles that turn into flies.” When nymph cicadas first shed their skin to become adults, they have much lighter bodies that wil l eventually darken and harden.

What about that buzz cicadas make?

When it comes to identifying cicadas, knowing about the sound they make is as important—if not more—than knowing about their common physical characteristics. Below are some interesting details about that infamous buzz:

What are common types of cicadas?

In the United States, there are two main groups of cicadas that you might come across: periodical cicadas and dog-day, or annual, cicadas.

Because of their long life cycle, periodical cicadas are sometimes referred to as 17-year locusts, however they are not true locusts. The reason for this name is due to early American colonists. The se colonists had never seen a real locust but were familiar with biblical stories of locust swarms; when they saw many periodical cicadas emerging at the same time, they mistakenly labeled these insects as locusts.

As you can tell, cicadas ar e interesting insects. There’s more to them than the tell-tale buzzing noise that they produce.