Tree-Killing Pests That Have Altered The Landscape

Insects affect our lives in many ways. Often overlooked is the impact they have on our environment and, more specifically, one of our most valuable natural resources — trees. 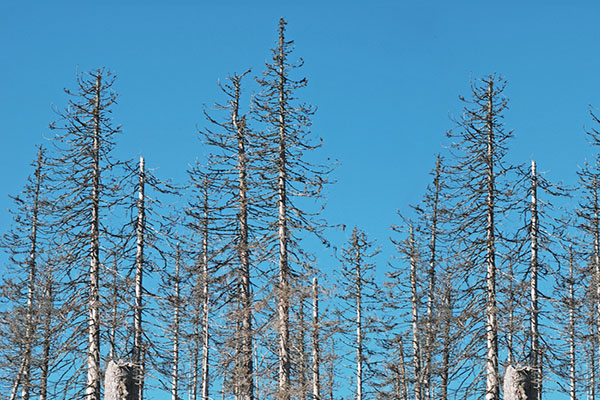 There are tens of thousands of insect species that live in, on and around trees. Most of them do not cause significant harm, but there are more than a few that can negatively impact our forests and many of the beautiful trees we enjoy in our urban landscapes.

In fact, there are thousands of species of insects that can cause great harm to the trees they attack.

Most of these have specific types of trees that provide what they want. They attack certain parts of the tree, usually to meet their nutritional or shelter needs.

Beetles tunnel in the inner bark layer of a tree, disrupting the distribution of nutrients and water throughout the tree. Moths, aphids or leafhoppers eat the leaves, stopping the photosynthesis process that is vital in producing the energy needed for the tree to survive. Wood-boring insects bore deep into the wood and can structurally weaken the wood or introduce disease organisms that can severely damage or even kill the entire tree.

What We Can Do About Them

Foresters and urban arborists have many methods to detect problem insects and control the pests that may damage our trees. These methods require intensive observation, often over a very large land space. This can be expensive and often decisions must be made regarding cost versus benefit in detecting and controlling pest insects.

Some of the more common “insects of interest” to investigators would include the emerald ash borer, Asian long-horned beetle and the southern pine beetle.

The emerald ash borer gets its name from its bright emerald green shell in adulthood. They bore into ash trees, leaving many dead ash trees in their path, which extends from Michigan to Maryland and southward to Louisiana. The damage is done by the larvae of these destructive pests as they tunnel below the bark in the critical cambial layer, or active growth layer, of the tree. They have only been in the United States for about 15 years or so, but have devastated ash trees throughout the eastern half of the country.

The Asian long-horned beetle came to the United States in the mid-1990’s and has been found throughout the northeastern states infesting and killing trees of many species, including maples, elms, willows and a few others. They have not destroyed as many trees as the ash borer, but many of the trees they have attacked are in urban situations where the value of the tree is aesthetic, making them very difficult to replace.

The southern pine beetle is more of a forestry pest, ravaging many species of pine trees, our primary source for construction materials and paper in the United States. Like the beetles mentioned above, southern pine beetles attack the cambial layer of the tree just below the bark, killing it and then spreading to others that are nearby.

The value of a tree varies wildly, from just a few cents for a seedling to tens of thousands of dollars for a mature, beautiful tree that adds tremendous aesthetic value to a residential or commercial property. Pine trees grown for pulp wood, which is used to make paper, only bring a few dollars each, where a large, hardwood tree that will produce fine lumber for furniture may be worth thousands. Rare or exotic trees that produce highly prized wood for high-end musical instruments or artwork often bring even more. Some of the highest valued trees of all time are less than 10 feet in height, but are upwards of 1,000 years old. The finest examples of these highly-tended bonsai trees have sold for up to $2 million!

Of course insects are not the only thing that can damage or even kill our trees. There are many disease organisms and even environmental issues that may affect the health of trees. Even the introduction of other tree species to a native stand of trees can cause changes in the soil or available water, creating stresses that can result in the demise of the entire stand, and a poorly-placed new building or parking lot can have detrimental effects on some trees, as well.

We depend on trees for many things, including the lumber in our structures and homes, many types of fruits and nuts, much of our furniture, beautiful artwork and musical instruments and, — of course — shade. Insects depend on trees as much as we do, and we must co-exist to some degree. How well we can manage the balance is what really matters.

Next > Bug Of The Month: Subterranean Termites 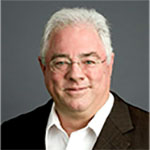 Doug Webb is technical services manager, entomology and regulatory services, with Terminix International. He’s an expert on wood destroying insects and has been instrumental in developing companywide training programs in his 33 years with Terminix.