The How and Why of Mosquito Sounds

Imagine: You’re outside enjoying the warm weather, perhaps on a hike or a leisurely walk, and you hear it – that unmistakable, whiny buzzing sound. You instantly know what’s causing it. A mosquito. Unfortunately, we’re not the only ones who like to get out and about when the temperatures rise. This all-too-familiar flying insect is a common pest that’s often found buzzing around the ears of people everywhere, especially when warm weather arrives. 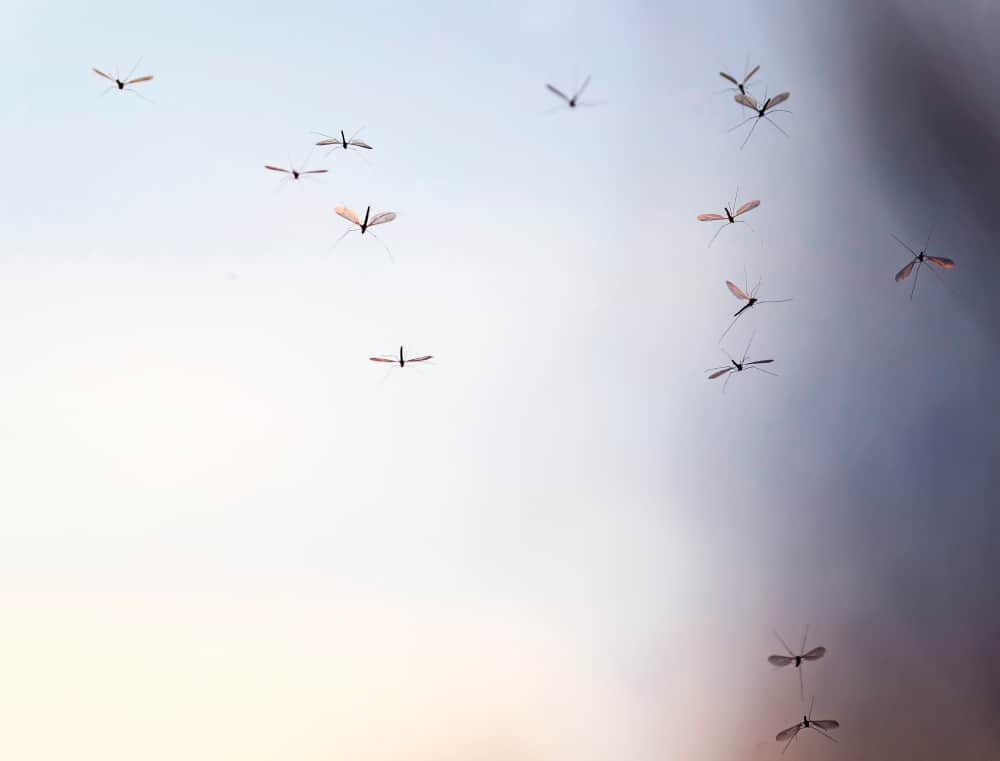 So, why do mosquitoes buzz and how do they do it? The answer may not be as complicated as you expect.

Why Do Mosquitoes Make a Buzzing Sound?

According to an African folk tale, a mosquito once bragged to an iguana, setting off a chain of events that left him with a guilty conscience and forced him to become a pest that perpetually buzzes near people’s ears.

Of course, this isn’t actually the reason mosquitoes buzz. Mosquitoes simply buzz because they flap their wings. It’s believed that they can change the pitch of the buzzing sound as they increase or decrease the frequency of their flapping, including when they’re chasing a mate.

How Do Mosquitoes Make Sound?

A mosquito’s wings can beat up to 1,000 times per second, and it’s this beating that produces the insect’s characteristic buzzing noise. Amazingly, mosquitoes are able to control the beating of their wings to adjust the frequency of their sound, making their pitch higher or lower.

Why are Mosquitoes Attracted to Me?

Female mosquitoes need the protein in human blood to produce eggs. However, the fact is that some humans are just more attractive to mosquitoes than others.

These insects pick up on a variety of signals, including body odors and carbon dioxide, to find their next blood meal. It’s not known for certain which odors make some people mosquito targets, but it is true that some are bitten more frequently than others.

The fact that mosquitoes pick up on these biological signals may well explain why they so often fly (and buzz) around your face and ears and why they seem to follow you wherever you go.

How to Help Prevent Mosquito Bites

The United States is home to more than 176 species of mosquitoes, and there are more than 3,000 worldwide. With those numbers, the odds are pretty high that you’ll be bitten this summer.

To help keep yourself from becoming a target, try the following:

In many cases, controlling mosquitoes effectively requires professional assistance. These insects can reproduce rapidly, with a female laying up to 3,000 eggs in just a few weeks. If you notice large numbers of these winged pests in and around your yard, contact the mosquito control professionals at Terminix® for a solution.