How To Prevent Tick And Mosquito Bites At Summer Camp

If precautions are taken against mosquitoes and ticks, everyone can still have a good time at camp. 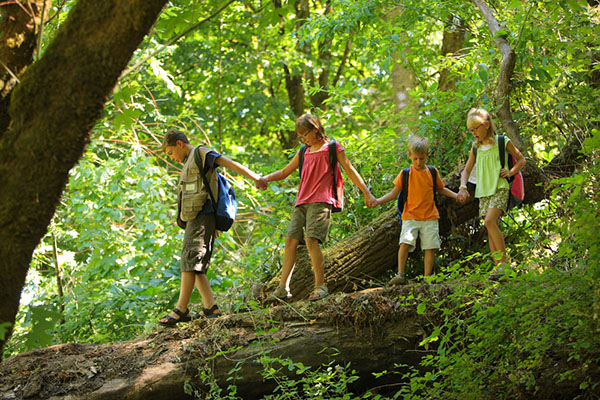 While we are preparing for fun at summer camps, children, parents and camp staff should also be thinking of ways to prevent exposure to mosquitoes and ticks that may put a damper on the fun.

Children should be aware of the potential for itchy bites and illness that may occur after exposure to some arthropods such as mosquitoes and ticks. Mosquitoes and ticks can cause discomfort and, in some cases, transmit pathogens (bacteria, viruses, protozoans, etc.) that can cause a variety of diseases. Some examples of dis eases that are of concern in the United States include: (mosquito) chikungunya, dengue, La Crosse encephalitis, West Nile fever, Zika; (tick) Lyme disease, Spotted Fever group Rickettsia infections.

The good news is that , if precautions are taken against mosquitoes and ticks, everyone can still have a good time at camp.

Children should be educated on how to avoid tick resting areas (high grass, wooded areas), as well as how to perform regular tick checks and safely remove ticks from the body. If a tick is found attached to a camper, the tick can be saved in alcohol or in a freezer for future species identification and/or testing (handled through a hospital or physician’s office), should the person become ill.

Children should be encouraged to wear light-colored clothing and socks to make it easier to find ticks. Taking a shower soon after you have been outdoors can wash away unattached ticks and allow you to better check your body for ticks. Noticing and removing ticks right away reduces the chance that a pathogen will be transmitted.

Campers should avoid sites where mosquitoes lay their eggs, such as standing water in woodland pools, d itches, ponds not containing fish or other predators, and artificial containers (e.g. tires, buckets, tarps, plant pot receptacles). Mosquito resting sites (high grass, wooded areas) should also be avoided, when possible. Mosquitoes are attracted to carbon dioxide that we exhale, dark colors, heat, and movement. If an itchy mosquito bite occurs, anti-itch creams and/or ice can ease the irritation.

Mosquito egg laying sites such as artificial containers holding water can be removed completely or dumped once a week. Standing water in areas such as ditches can be treated using larvicides. Private or municipal pest control agencies may be contracted to conduct surveillance and, if needed, treat targeted areas (where campers frequently congregate) of campgrounds for pests before and during the summer camp period. Barrier treatments of areas where pests rest (e.g. foliage such as shrubbery) are effective in reducing pest abundance and this may be considered by camp administration. Only products labeled for such use should be used and label directions must be strictly followed.

Ticks and mosquitoes (depending on species) can be active during dawn, daytime, or dusk periods so precautions should be taken at all times. Some mosquitoes are active primarily at dawn or dusk periods (e.g. Culex pipiens , Culex quinquefasciatus, Culex tarsalis species of mosquitoes involved in the West Nile virus transmission cycle), while other species (e.g. Aedes albopictus and Aedes aegypti species of mosquitoes involved in the chikungunya, dengue, and Zika virus transmission cycles) are active primarily during daytime hours.

Repellents (with EPA-registered ingredients such as DEET or picar idin) can be applied to exposed skin and clothing. The label directions should be followed when applying any repellent. Children and camp staff should be educated on how to safely apply repellent to t heir bodies, as needed.

Commercially available insecticide/repellent-treated clothing (socks, shirts, shorts, hats, etc.) can be worn to prevent exposure to mosquitoes and ticks. This type of clothing can be purchased from many large retail stores. Retail stores may also provide treated mosquito nets (if your camper is sleeping in a cabin without window screens) or tents. Alternatively, prior to camp, your favorite clothing can be mailed to reputable companies that conduct these treatments.

Camp medical staff should be aware of the symptoms of mosquito- and tick- borne disease and be vigilant if any camper exhibits signs of illness. Medical help should be sought immediately if any campers should become ill. More information about mosquito and tick borne illnesses can be found at the Centers for Disease Control and Prevention.

If campers and camp staff implement these precautions, everyone will have a great time at summer camp!

Dr. Stephanie L. Richards is an assistant professor of health education and promotion in the environmental health sciences program at East Carolina University. She completed her Ph.D. in entomology with a minor in geographic information science at North Carolina State University.