How to Help Keep Winter Beetles from Moving In With You

There’s really no such thing as “winter beetles,” rather there are just beetles that may be living in your home during winter. No matter where you live, beetles are likely in or around your home. That's because over 300,000 species of this bug exist worldwide and you can find them all over the world. Beetles are also highly adaptable insects and many of them are capable of overwintering in our homes. 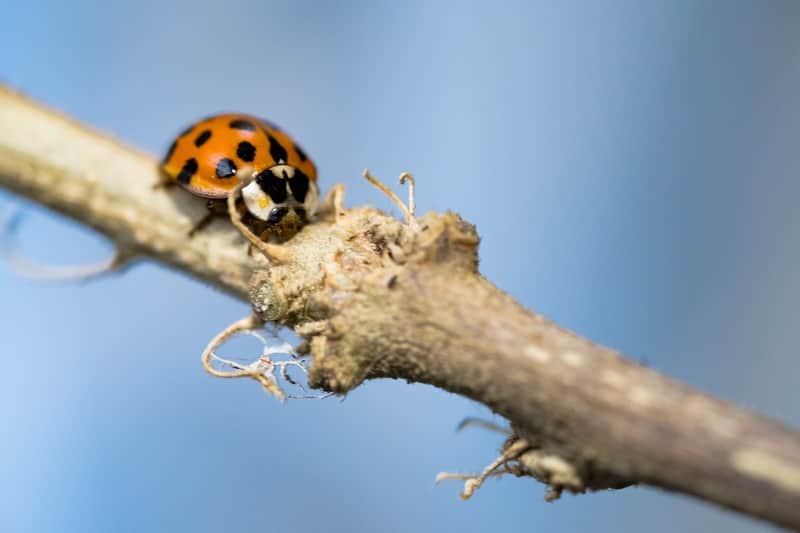 That means that some beetles don't completely die out with the arrival of chilly temperatures. Instead, some enter a phase called diapause — the bug equivalent of hibernation. Beetles can enter diapause in the egg, nymph and adult stages of their development. Adult beetles most often seek winter shelter in our homes. And others are brought in through firewood and other items in their larval stage.

While some beetles — such as rice weevils and carpet beetles — can be year-round home invaders, others only become issues in your home as the days grow both shorter and colder and they look to overwinter.

This species is in the same family as those of our native North American lady beetle. According to the University of Kentucky College of Agriculture, Food and Environment, these beetles were imported to this continent in the 1960s to help control crop-killing pests, like aphids and scale insects. Like ladybugs, lady beetles are beneficial insects. However, unlike our native ladybug, which prefers to winter outdoors, Asian lady beetles often seek refuge inside. They’re most attracted to light/dark contrasted areas, and they can gain access through openings as small as 0.125 inches wide. While Asian lady beetles don’t inflict any direct damage, they can infest many parts of the house. Worse, their instinct when threatened is to emit a foul-smelling liquid from their leg joints. This liquid can stain walls and wall coverings, and allergens from lady beetles can cause reactions in some people. They can also bite when they’re handled and the bite can be painful and cause reactions in some people. Multicolored Asian lady beetles come in a variety of colors, including black, red or orange. They also have multiple white spots and are about 0.25 inches long.

As their name may suggest, these small beetles are tree dwelling pests who can inflict damage to elms on your property. They feed on elm leaves and can even defoliate entire trees. Once they reach maturity, they are fully prepared to enter your home in the winter. Adult beetles measure about 0.25 inches in length and can be distinguished from similar species by the black stripes that run along the outer edge of their green or yellow wings.

Often dark brown or back in color, these occasional invaders are most known for their propensity to flip up in the air when threatened or turned upside down, and making a sharp, snapping noise in the process. While their biology is fascinating, they can be unwelcome overwintering pests. Some click beetles begin life as larvae called wireworms, a dreaded enemy of any farmer who plants corn. Wireworms mature very slowly into click beetles. Years can pass before they start crawling from outlying areas toward the warmth and comfort provided by your home. Other click beetles develop in rotten logs and can be brought in with firewood. Click beetles can range from 0.25 to 0.75 inches long. They may find their way into your home to overwinter.

Related > Where Do Bugs Go in the Wintertime?

To help keep winter beetles out of your home, begin by winterizing it. You can do so by caulking your windows and replacing weather stripping to make their entry more difficult.

Many beetles may overwinter in piles of organic debris, such as leaves, bark and mulch. That means any woodpiles or leaf litter close to your home can become a stepping stone for invading beetles. Maintain your yard and keep it clear of habitats friendly to overwintering beetles.

In their almost limitless varieties, beetles can be both a blessing and a curse. If you feel you’re being overrun by a winter beetle infestation, contact Terminix®.