How To Identify Leafhopper Damage

If you had to guess what a leafhopper was by its name alone, you might think it is some kind of monkey or tree-dwelling creature. But in fact, leafhoppers are insects—and annoying ones at that. Leafhoppers are known for feeding on the leaves of a variety of plants, including some trees, and causing damage to the plants they feed on. As you may know, there are lots of different pests that can cause plant damage, and it can be useful to know how to tell them apart. Keep reading to learn more about how to identify leafhopper damage in particular. 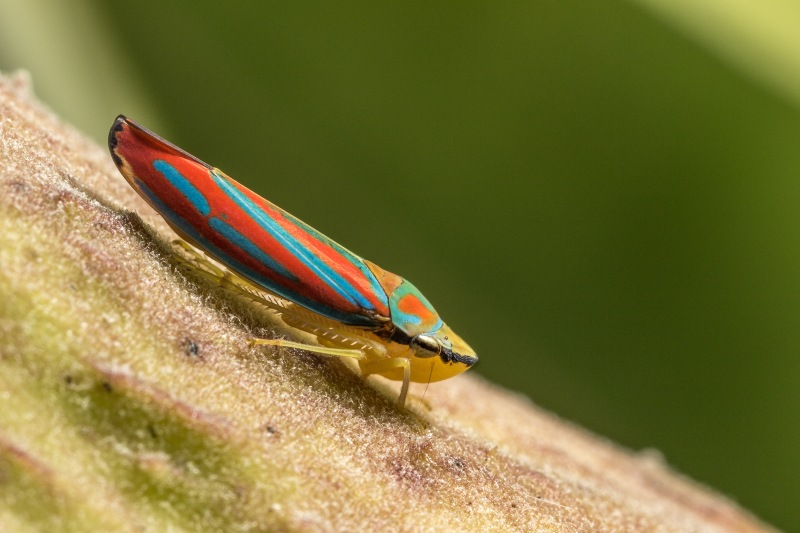 How do I identify leafhopper damage?

Now that you know the basics when it comes to identifying the leafhopper, let’s go over some of the different signs of leafhopper damage. Leafhoppers feed on plant juices inside leaves (as their name somewhat gives away). According to the University of Maryland Extension, they do this in order to ingest the chlorophyll that the plants produce because chlorophyll has certain nutrients that leafhoppers have come to rely on in order to survive. Leafhoppers feed by using their sharp mouthparts to pierce the leaf, and then suck out chlorophyll and nutrients. Listed below are several signs to keep an eye out for when identifying leafhopper damage.

There are quite a few different pests that feed on plants and leaves. Sometimes this feeding can cause similar damage such as discoloration. It’s worth noting that when it comes to leafhoppers, the adults will usually be feeding on the topside of leaves. And as mentioned in the previous section, their rapid running—particularly sideways or backwards—is a helpful way to identify the m.

What kinds of plants do leafhoppers eat?

Leafhoppers, as a type of pest, are not the pickiest of eaters. They’ll feed on a wide variety of plants. However, certain species of leafhoppers may be particular about the plants that they, as a particular species, like to eat. For example, the rose leafhopper mostly feeds on plants belonging to the rose family. Others will be less picky; the potato leafhopper, for example, has been reported to feed on nearly 200 kinds of plants, including some listed below .

Generally, leafhoppers like to chow down on fruit plants, vegetable plants, flower plants, or woody ornamental hosts. It is thought that overfertilization can sometimes increase the population of leafhoppers.

Now you know some tips for identifying both leafhoppers and the damage they can inflict on a wide variety of plants. And while leafhopper damage is not ideal, especially when it comes to the aesthetic of plants or production if you are worried about leafhoppers affecting crops, according to the University of Idaho ex tension, leafhoppers don’t usually cause plant death.