Everything to Know About Gopher Traps

Gophers can be found across the United States. 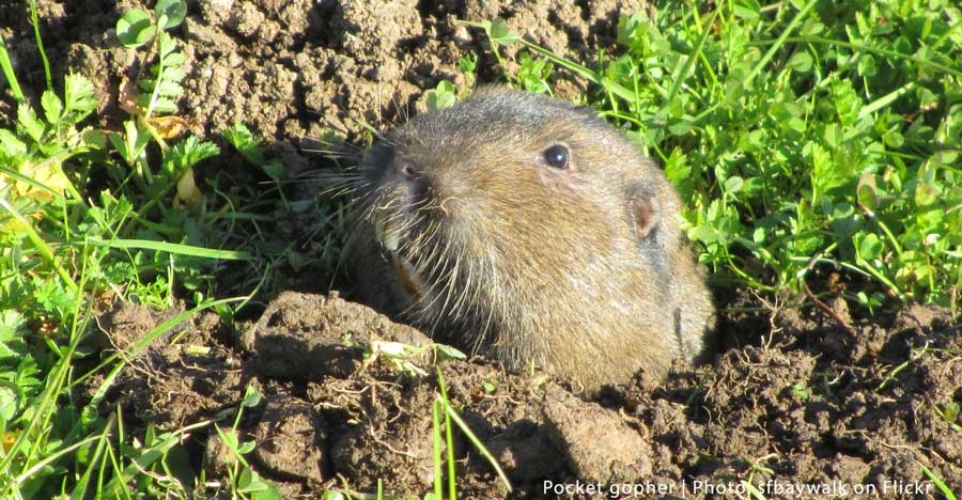 The pocket gopher, which includes approximately 34 species, is found across North and Central America. Gophers notably spend a lot of time underground, tunneling and burrowing. Some tunnels can even reach 800 feet in length! But just because you can’t see a gopher doesn’t mean it isn’t causing damage. Keep reading to learn more about what traps can help you manage gophers in your yard.

Before we discuss the different types of gopher traps, let’s go over how to identify the common pocket gopher. While gophers are rodents, like rats or mice, they’re usually quite a bit larger. In fact, gophers can grow up to 14 inches in size. Below are the common physical attributes and behaviors you can check for to help you identify whether you’re dealing with a gopher or something else.

It is because of this tunneling behavior that gophers can cause so much damage. Gophers use these tunnels to access roots and tubers of plants, which they’ll then consume or store. Just one gopher can pull entire plants from below, causing considerable damage to gardeners and farmers alike. Mounds can also interfere with lawn aesthetics and mowing equipment.

Because of the considerable disruption gophers can cause, many people will resort to using lethal gopher traps. In fact, trapping gophers goes back a long time and has a history of being the preferred control method. Additionally, gopher traps are specific to gophers, so the chances of other animals interfering is fairly minimal. Of the different brands of traps that could be helpful in managing a gopher population, below are the two most common types of gopher traps.

According to Colorado State Extension, trapping is most effective in the spring and fall when gophers are actually burrowing. Research has shown that using bait does not affect the efficacy of traps. Additionally, other research suggests that there is no significant difference in trap efficacy whether you fill in a lateral tunnel or not.

In order to properly use gopher traps, it’s important to know how to identify gopher mounds and tunnels. It’s also worth noting that gopher mounds and mole mounds differ, though they can sometimes be confused. Mole mounds are more circular, with a volcano-shaped profile; gopher mounds, on the other hand, tend to be fan- or horseshoe-shaped, with a plug at the center. Once traps have been inserted into the gopher tunnels, they should be checked daily.